IRVINE, Calif., October 28, 2022 – Kia America has donated a custom 2023 Sportage SUV to Sea Turtle Inc., a non-profit organization based in South Padre Island, Texas, which is dedicated to the conservation and rehabilitation of the endangered sea turtle population. The vehicle donation is the second phase of the partnership between Kia and Sea Turtle Inc., a relationship which began in April of this year and included a monetary donation designed to help the organization upgrade their facilities. The partnership is part of Kia’s “Accelerate The Good” CSR initiatives.

The customized 2023 Sportage X-Pro SUV features modifications both inside and out. The changes account for not only the organization’s day-to-day tasks and responsibilities, but they also considered the fragile ecosystem in which sea turtles’ nest and hatch their young.

“We worked very closely with the experts at Sea Turtle Inc. to modify this Sportage X-Pro SUV to specifically address their needs in terms of performance, convenience, functionality, and operation, especially when driven in areas in which sea turtle nests are present,” said Russell Wager, vice president, marketing, Kia America. “Sea Turtle Inc.’s one-of-a-kind Kia Sportage will help this important organization complete their tasks more efficiently and enable them to rescue even more endangered sea turtles than the 5,600 they saved last year.”

On the outside, in addition to custom paint and “Turtle Charged” badging, the Sportage features a specially modified tow hitch. The vehicle’s standard white LED lights were modified so the Sea Turtle Inc., experts could switch to lights that glow red as studies show red light is better tolerated by migrating sea turtles than the bright white light emitted by the Sportage’s standard LED headlights. In addition, the Sportage was outfitted with larger, low-pressure tires that provide enhanced performance on soft sandy beaches by increasing traction and maneuverability, providing better control when navigating landscapes where hidden sea turtle nests abound. Finally, the vehicle’s interior was customized with unique and innovative storage solutions both in the cabin as well as in the cargo area. These modifications were designed to allow Sea Turtle Inc, to transport eggs, sea turtle hatchlings and even rehabilitated adult sea turtles as needed.

Significantly larger, more capable, powerful and targeted to be more fuel efficient, the fifth-generation model Sportage SUV debuts a number of model firsts including an available dual panoramic curved digital display. Most Sportage trims will now be assembled in the U.S., alongside the award-winning Telluride, Sorento, and K5 at Kia’s manufacturing plant in West Point, Georgia. 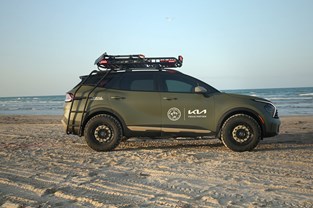 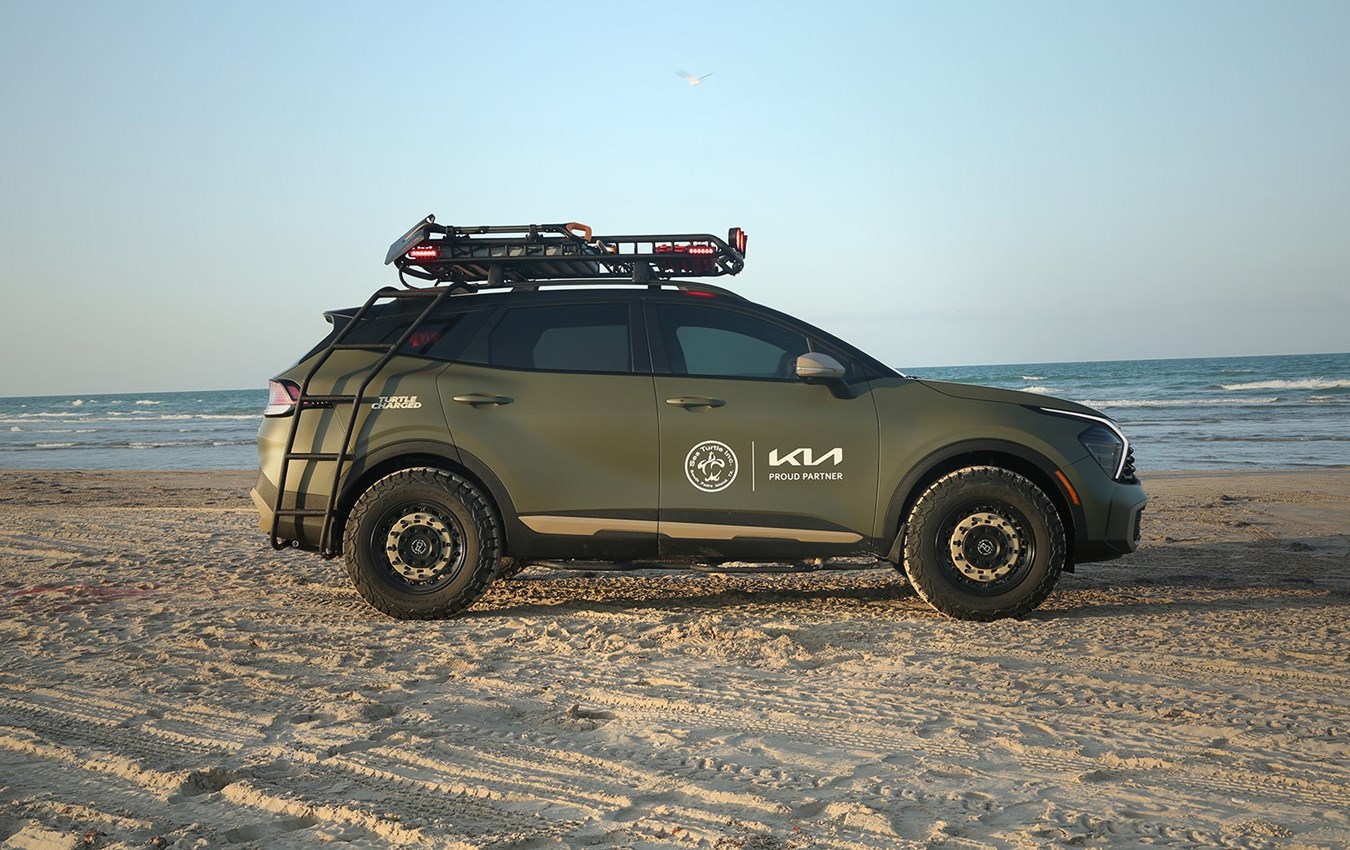