Los Angeles, Nov. 28, 2012 – Kia Motors America (KMA) today unveiled a significantly redesigned version of its popular Sorento CUV at the Los Angeles International Auto Show.  Just three years after U.S. production of the CUV began in West Point, Georgia, the 2014 Sorento comes to market  as no mere refresh or facelift, boasting instead an all-new chassis, a new Gasoline Direct Injected (GDI) V6 engine, a substantially redesigned interior and a next-generation infotainment system.  Expected to arrive in showrooms during the first quarter of 2013, the redesigned Sorento also adds a top-of-the-line trim level to its lineup – the SX Limited – which delivers an impressive roster of premium features and amenities.

“With each new vehicle launch Kia is advancing the concept of value to new levels of sophistication and with significant chassis, suspension, powertrain and comfort and convenience upgrades the new Sorento continues that trend,” said Michael Sprague, executive vice president, marketing and communications, KMA.  “With more than 80 percent of the 2014 Sorento including new or significantly redesigned parts, it’s obvious that the improvements are not just skin deep; including technological enhancements such as UVO eServices, the next generation of our voice activated telematics system, and Kia’s first-ever blind spot detection system.2”

Fundamental Changes Improve Performance, Ride and Handling
If the engine is to be considered the heart of any vehicle, it’s safe to assume the new 2014 Sorento has a powerful ticker beneath its sculpted hood. New this year, the all-aluminum 3.3-liter GDI V6 produces a smooth 290 horsepower at 6,400 rpm and a stout 252 lb.-ft. of torque at 5,200 rpm. It’s available optionally on the LX and EX, while residing as standard equipment in the LX V6, EX V6, SX and SX Limited.  Power is routed to either the front wheels or, optionally, to all four using an enhanced Torque On Demand all-wheel drive system that seamlessly directs power to the tire with the most traction and now includes the benefit of Torque Vectoring Cornering Control (TVCC) that aids stability under certain driving conditions.

The 2.4-liter GDI four-cylinder engine returns, now as standard equipment in the LX and EX, and replaces the previously-standard 2.4-liter MPI 4-cylinder.  With 191 horsepower at 6,300 rpm and 181 lb.-ft. of torque on-hand at a low 4,250 rpm, the lightweight all-aluminum powerplant is efficient while still providing enough grunt to perform yeoman’s duty day in and day out.

Just three years into its product lifecycle, Kia’s engineers saw fit to bring the new 2014 Sorento to market on an all-new chassis that increases torsional rigidity by 18-percent.  A major focal point in designing the new chassis was to improve ride and handling. Within the engine bay, a strut-tower brace increases chassis stiffness and provides a solid platform for the new independent front suspension that incorporates a stiffer H-shaped sub-frame cradle which offers improved vehicle tracking.  Around back, a reinforced multi-link setup utilizes new bushings and mounts to better isolate road noise vibration, while its compact design allows for more interior space.

Sophisticated Design, Inside and Out
In a segment more often known for bland utility, the new 2014 Sorento sports dynamic and sophisticated design elements, inside and out.  Redesigned front and rear fascias enhance the Sorento’s road presence with a lower, broader appearance up front and a visually wider stance at the rear.  The ubiquitous Kia tiger-nose grille is enhanced with an anodized silver metal or black mesh appearance and the lower valance has been opened to expose an aggressive cross-hatched maw. Front LED positioning lamps create dramatic eyebrows while projector style headlights peer from behind tapered clear lenses. Available fog lights on all trim models have been upended and pushed to the far corners of the front bumper for better forward and side visibility.  Horizontally positioned rear LED combination lamps embrace the turn signal and back-up lights, emitting a warm corona that makes the 2014 Sorento instantly recognizable from behind.  The new Sorento rides on redesigned 17-, 18- and, a first for Kia’s best-selling CUV, larger 19-inch wheels.

Using advanced sonar sensors, the 2014 Sorento is also the first of many Kia vehicles to begin offering a blind spot detection system. The system continually monitors traffic around the Sorento and if another vehicle is detected within a set distance, audio and visual elements alert the driver to the issue.

Advancing Value to New Levels of Sophistication: Sorento SX Limited
Shortly after the arrival of the new 2014 Sorento, the Sorento SX Limited is destined for market within the second quarter of 2013.  With the success of the Optima SX Limited launched earlier this year, offering a similar appearance package on the Sorento was a logical follow-up.

Inside, unique and luxurious Nappa leather trimmed seats, a wood-trimmed, heated steering wheel, and heated rear seats are all standard. The exclusive soft-touch head liner and pillar accents make the Sorento SX Limited an inviting respite from the stress and strain of urban existence.

Kia:  One of the World’s Fastest Moving Global Automotive Brands
Kia Motors America is one of only three auto brands to increase U.S. sales in each of the past four years, and in 2012 the company surpassed the 500,000 unit mark for the first time. With a full line of fun-to-drive cars and CUVs, Kia is advancing value to new levels of sophistication by combining European-influenced styling – under the guidance of chief design officer Peter Schreyer – with cutting-edge technologies, premium amenities, affordable pricing and the lowest cost of ownership in the industry. Kia recently joined the exclusive ranks of Interbrand’s “Top 100 Best Global Brands,” and is poised to continue its momentum with seven all-new or significantly redesigned vehicles scheduled to arrive in showrooms in 2013. Over the past decade Kia Motors has invested more than $1.4 billion in the U.S., including the company’s first U.S. assembly plant in West Point, Georgia – Kia Motors Manufacturing Georgia – which is responsible for the creation of more than 11,000 plant and supplier jobs. The success of the U.S.-built* Optima and Sorento in two of the industry’s largest segments has fueled Kia’s rapid growth and is complemented by Kia’s comprehensive lineup which includes the Cadenza flagship sedan, the Soul urban passenger vehicle, Sportage compact CUV, Optima Hybrid, the Forte sedan, Forte5, and Forte Koup compacts, Rio and Rio 5-door sub-compacts and the Sedona minivan.

About Kia Motors America
Kia Motors America is the marketing and distribution arm of Kia Motors Corporation based in Seoul, South Korea. KMA offers a complete line of vehicles through more than 765 dealers throughout the United States and serves as the "Official Automotive Partner" of the NBA and LPGA. In 2012, KMA recorded its best-ever annual sales total and gained U.S. market share for the 18th consecutive year. Kia is poised to continue its momentum and will continue to build the brand through design innovation, quality, value, advanced safety features and new technologies.

1 The Sorento and Optima GDI (EX Trims and certain LX Trims only) and GDI Turbo are built in the United States from U.S. and globally sourced parts.

4 Infinity is a registered trademark of Harman International Industries, Incorporated.

9 Based on 5-year cumulative growth between 12-month retail sales for periods ending October 2007 and October 2012 of all U.S. automotive brands.

Press Release Information Accuracy Disclaimer
Information posted in press releases on the Kia Media website was accurate at the time of posting but may be superseded by subsequent releases or other information.
22 Photos & 1 Videos 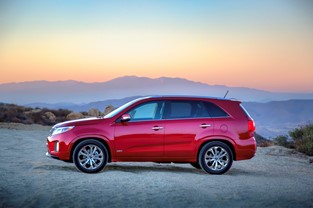 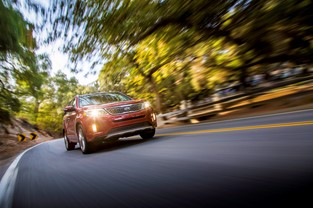 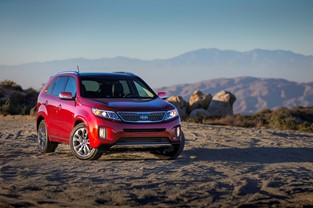 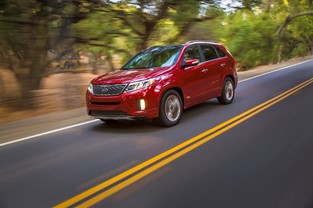 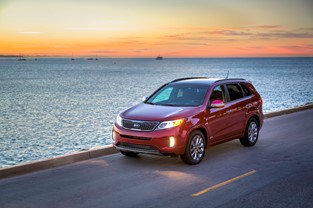 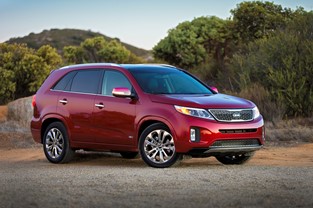 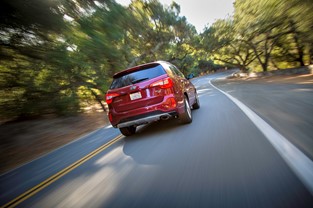 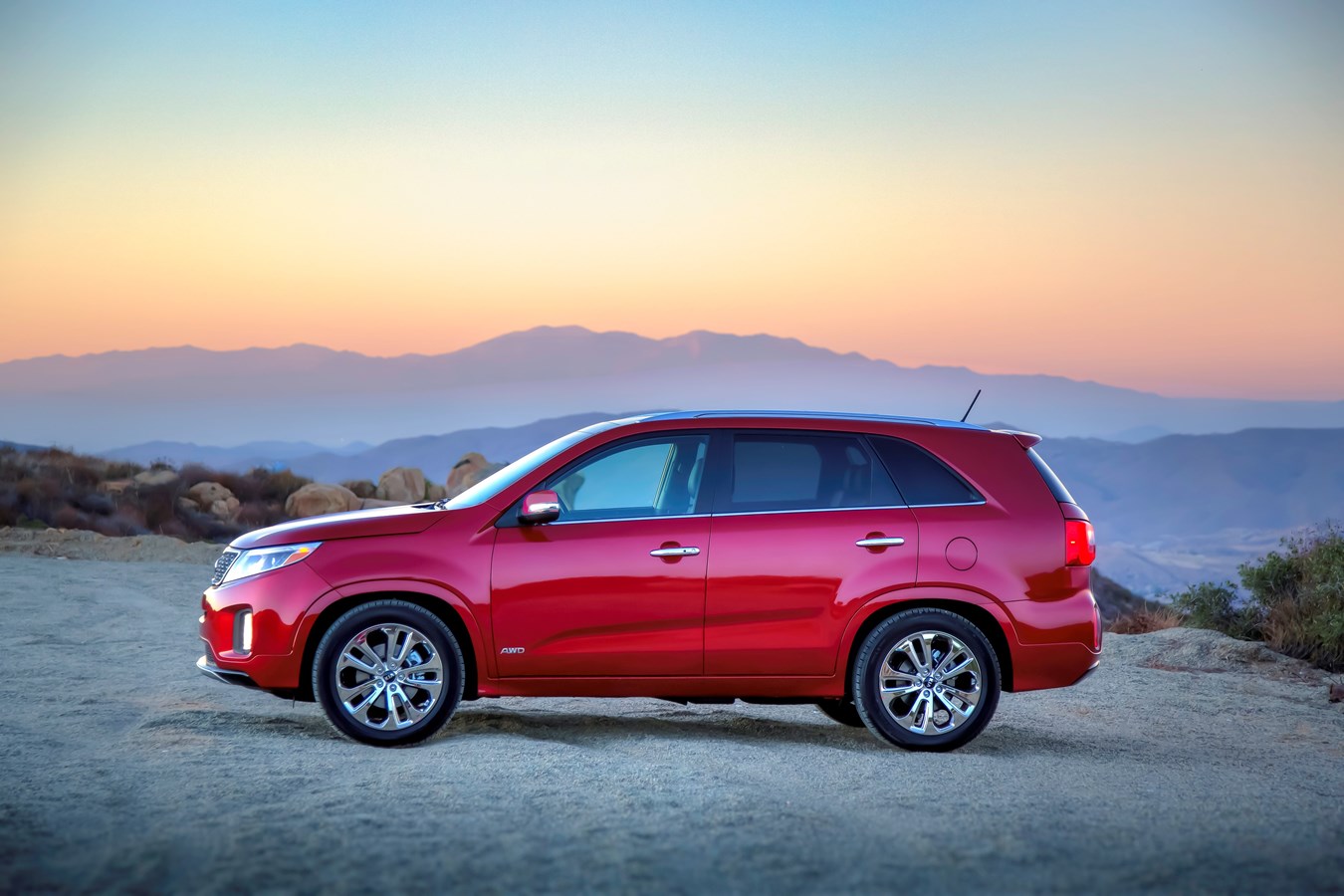 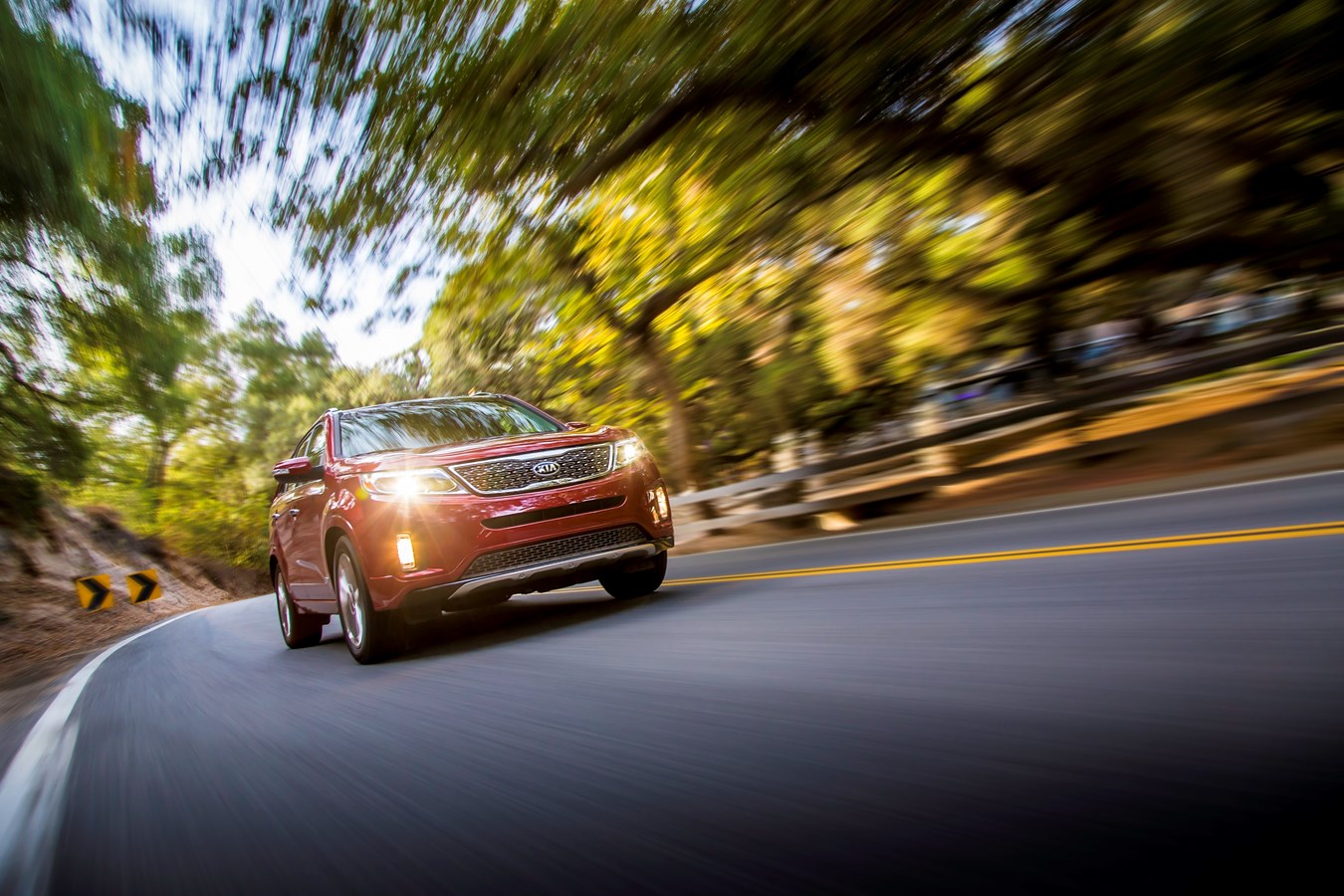 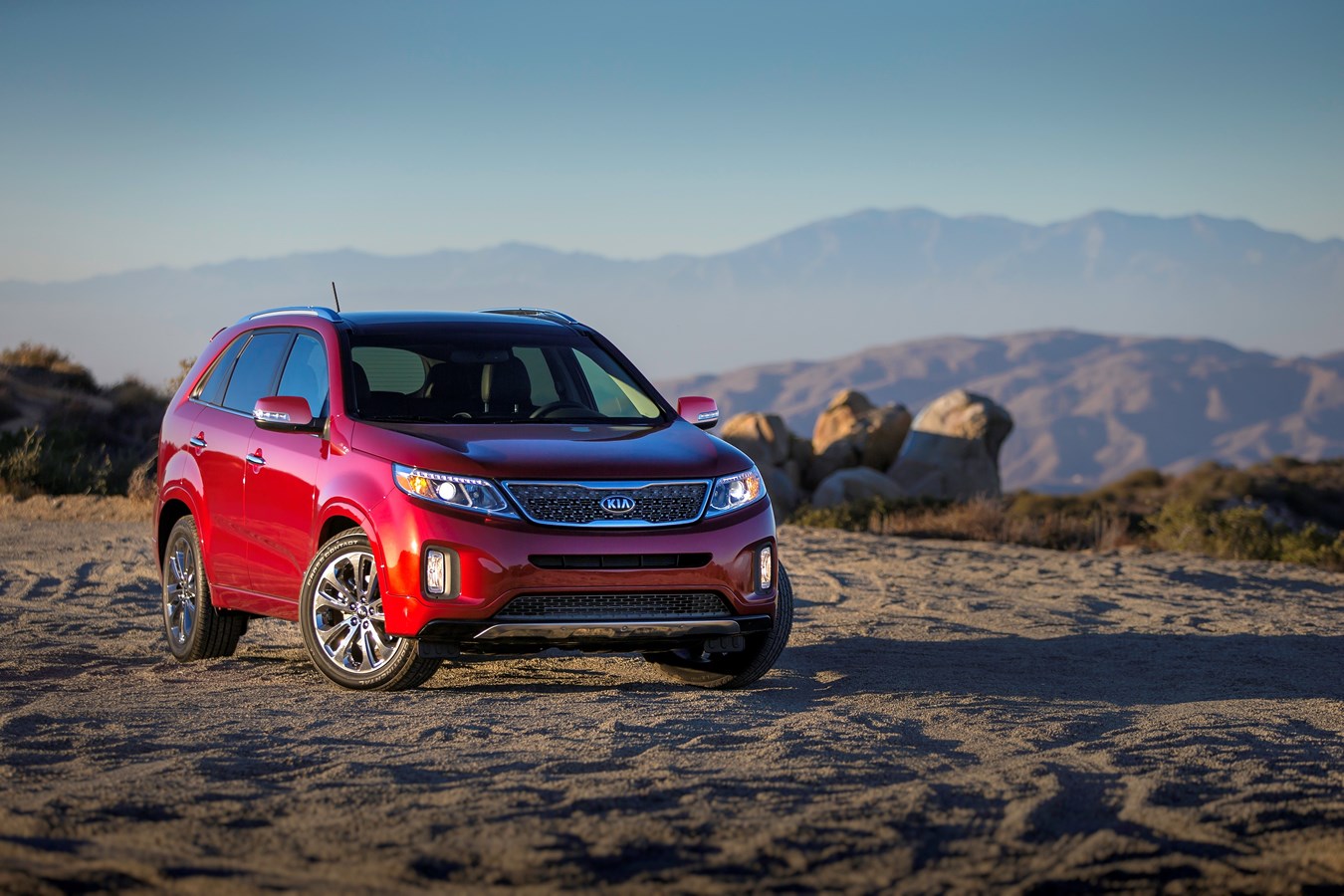 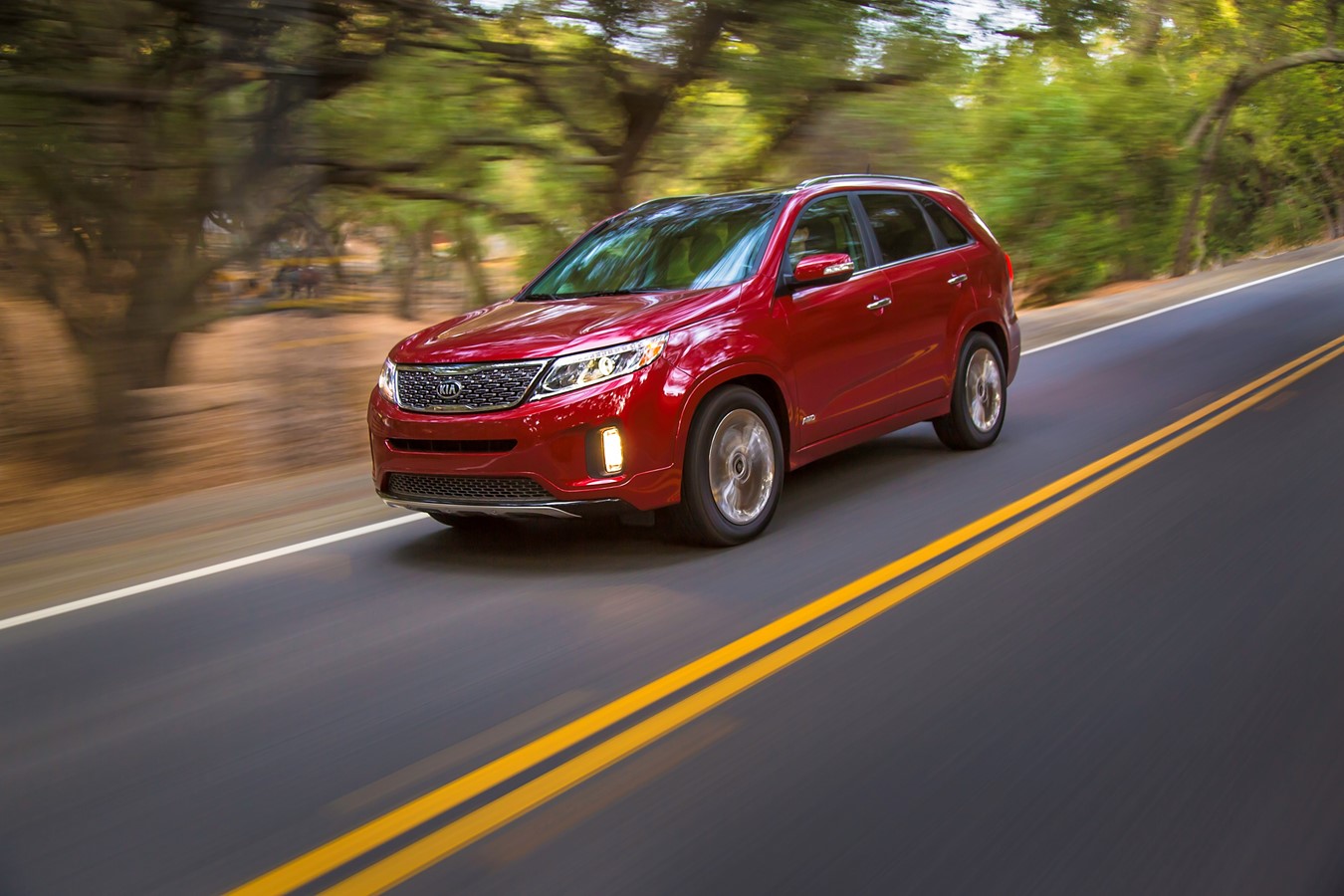 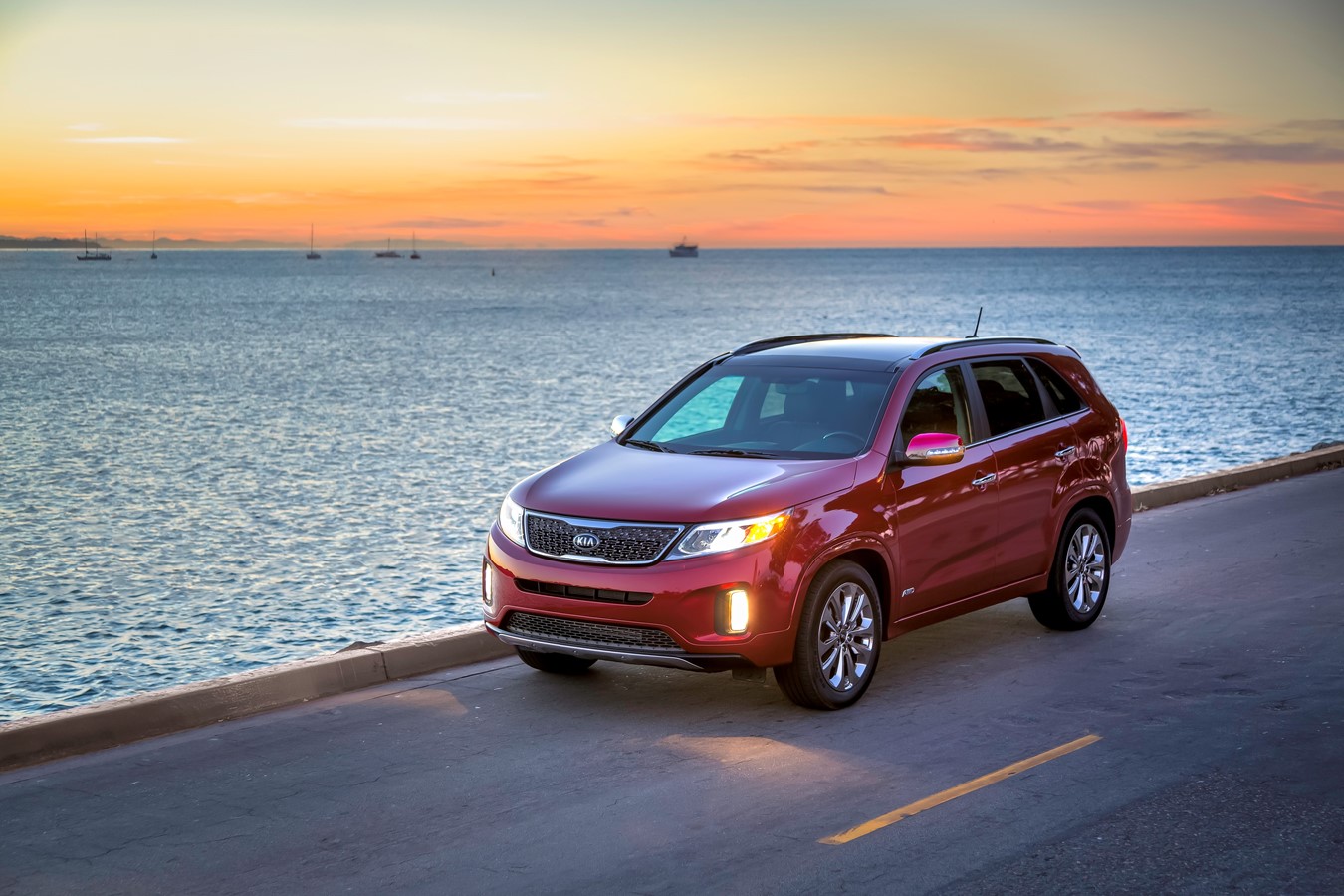 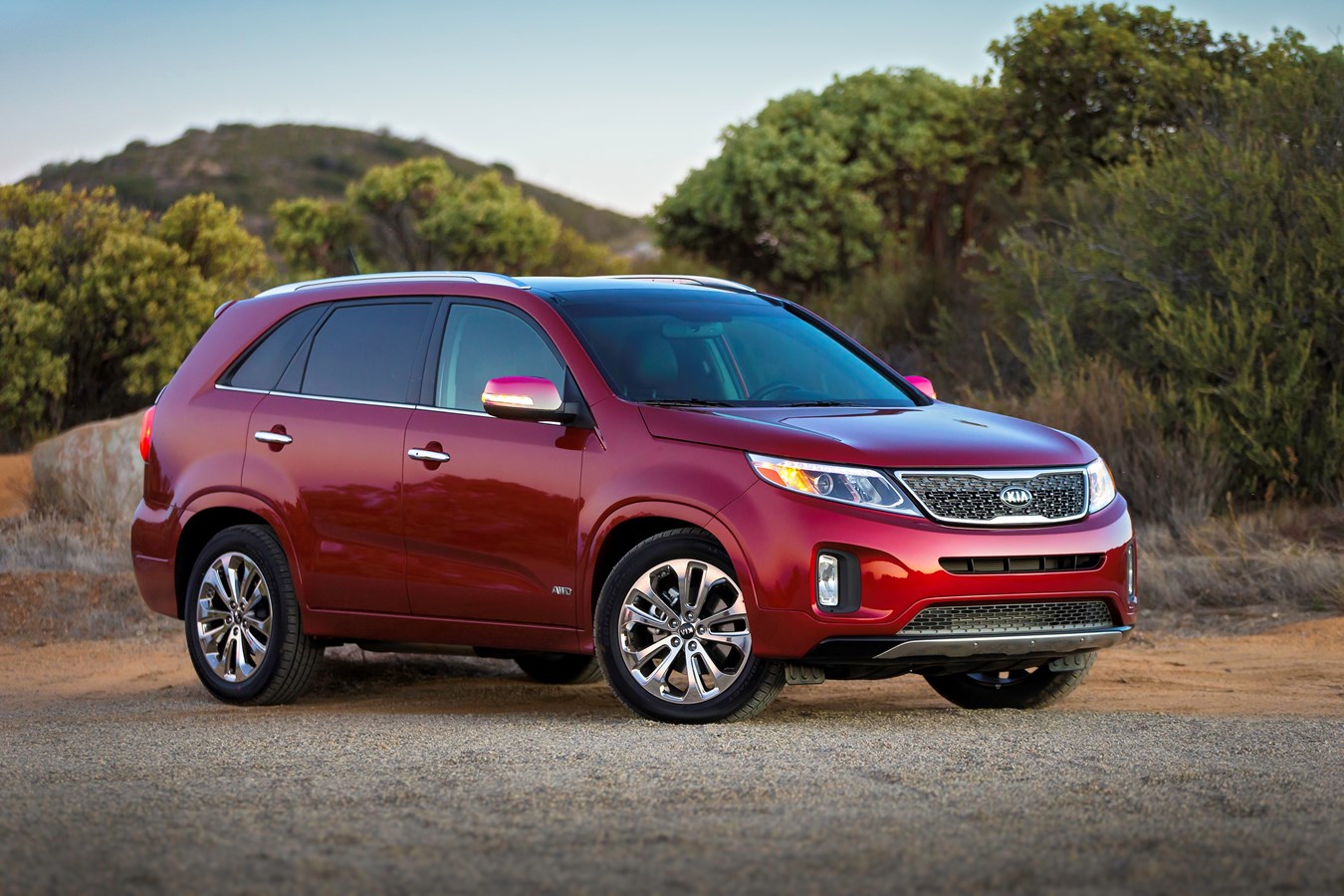 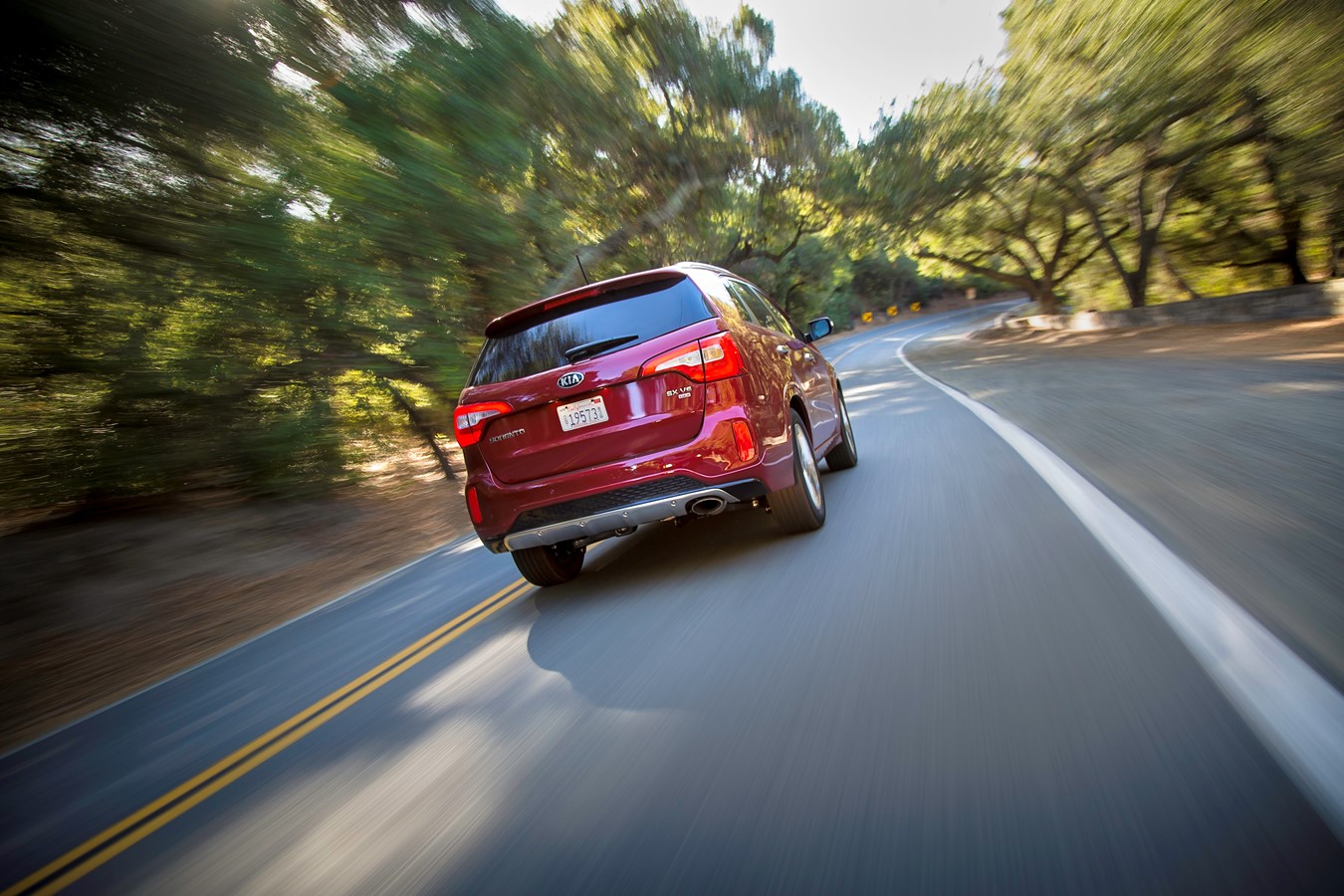