DETROIT, January 15, 2018 – Today at the North American International Auto Show, Kia Motors America (KMA) hosted the global debut of the all-new 2019 Forte which enters its third generation with a more sophisticated design and desirable features that transforms one of Kia’s best-selling vehicles into something more than a compact car meant for getting people from one point to another. Thanks to a number of improvements, Forte now offers drivers a higher level of comfort and advanced driver assistance technologies that are aimed to make the journey – whether  a short commute or long haul – a more rewarding and decidedly upscale experience, while targeting improved combined MPG ratings for certain trims.

The Forte has evolved with a number of visual and feature enhancements, inside and out. The cabin is now more comfortable and “class above,” and integrates new driver assistance technology. In addition, the Forte ups its MPG game with an all-new powertrain that utilizes Kia’s first IVT, set to deliver an estimated 35 MPG combined rating for the LX trim1.

“The compact sedan segment is highly competitive, but with all the improvements the new Forte brings to market for the 2019 model year, it is more than prepared to take on the toughest the segment has to offer,” said Orth Hedrick, vice president, product planning, KMA. “As one of our top-selling models, the all-new Forte follows some large footsteps, but enhancements in styling, packaging and content make it even more attractive to drivers seeking a compact sedan that can accommodate their versatile lifestyle.”

Standard features and desirable amenities in the compact sedan segment continue to be available across three trims – LX, S and EX – with the model line continuing to expand throughout its lifecycle.

While the third-generation Forte retains its sporty and youthful image, it has graduated to a more sophisticated appearance thanks to a number of sleek and dynamic styling cues inspired by the Stinger fastback sport sedan. Lauded in the auto industry for its excellence in design, the Stinger is a product fueled by Kia’s bold and adventurous spirit and Peter Schreyer’s global team of designers translated elements of the Stinger’s design language onto the compact to give it a commanding road presence. Enthusiasts know that the right proportions are key, and like the Stinger, Forte’s long hood and short deck lend it an overall fastback-like shape. The cowl point was moved back five inches, creating a more athletic stance that makes the Forte appear well-planted to the ground.

Creases in the hood contribute to the Forte’s muscular appearance and distinctive design traits on the front fascia, including a fresh approach to Kia’s signature tiger nose grille and an aggressive black lower valance, enhance its presence and individual character.  The front clip is flanked by a Stinger-esque headlamp design and layout. Separate turn signal indicators are mounted below on the front bumper, where air curtains improve aerodynamic performance and enhance the Forte’s technical appeal. Around back, the rear bumper gets the same treatment with separate reverse and turn signal indicators located beneath available LED taillights. Similar to the Sportage compact crossover, a sleek horizontal trim piece connects the taillights.

Creating the fastback shape strengthened the Forte’s exterior appearance, but it also gave engineers an opportunity to expand the occupant compartment in several key areas so passengers are treated to a comfortable space no matter how long the journey. Overall length has increased by 3.2 inches to 182.7 inches, allowing for more legroom and additional cargo in the trunk. With 15.1 cu.-ft., cargo room is among the largest in the segment and generous enough to accommodate gear for a group of friends on a road trip or a growing family managing a busy schedule. Additional headroom results from increasing the overall height nearly a half inch to 56.7 inches, while the overall width has grown to 70.8 inches.

While the extra 0.7 inches of width may not be noticeable to the naked eye, the layout of the dashboard paints a picture of a wide interior space. Again drawing inspiration from the Stinger, a horizontal theme creates a sense of openness and avoids clutter with clean lines and minimal buttons that are intuitively placed below an 8-inch color touchscreen. Aeronautically inspired spoked circular vents adorn the dash and increased soft-touch points create a comfortable and visually appealing cabin. Drivers and passengers alike will appreciate easier ingress and egress, plus improved outward visibility.

Because body stiffness plays a major role in NVH performance, engineers worked to increase rigidity for a quieter cabin and better handling tuned to match the Forte’s sporty and dynamic exterior appearance, resulting in a 16 percent stiffer body in white. New subframe designs help to improve lateral responsiveness, while steering feel is upgraded compared to its predecessor’s thanks to enhancements within the Motor Driven Power Steering (MDPS) system that reduce artificial steering feel and friction. Reworked suspension geometry provides a quick and nimble behind-the-wheel feel and evolutionary improvements were made to throttle and brake feel performance, yielding a smoother initial response at tip-in and a shorter stopping distance than the previous model in certain conditions.

Housed underneath the Forte’s longer hood is a second-generation 2.0-liter Nu four-cylinder engine that benefits from Atkinson Cycle technology and a cooled EGR system. Typically applied to hybrid and electric vehicles, the Atkinson Cycle and cooled EGR technologies are designed to help boost fuel efficiency. The new powerplant can be paired with either a six-speed manual or Kia’s all-new Intelligent Variable Transmission (IVT). The engine and in-house-built IVT are the first of a new line of highly efficient “Smart Stream” powertrains that will make their way into the Kia lineup in the future.

Waiting before developing Kia’s own continuously variable transmission (CVT) allowed engineers to research issues often associated with CVTs and apply their findings in the application used in the Forte.  One of the main criticisms is that they can create a rubber-band-like feel, and in an effort to address this issue, engineers built the IVT with adaptive style shift logic with a chain-type belt instead of push belt, a first in the compact class. This results in smooth and linear acceleration, and for a more enjoyable and sporty driving experience, a step-shift-like feel mimics a conventional automatic at wide-open throttle or when more acceleration is needed.

Noise is another issue CVTs can sometimes face and engineers worked hard to reduce this in the Forte by wrapping the transmission case in a sound-insulating cover to help quiet the typical “drone” associated with this tech from other OEMs. In doing so, NVH levels are also reduced by 5dB.

Horsepower and torque are expected to remain unchanged from the 2018 Forte, delivering an estimated 147 HP and 132 lb.-ft. of torque. Efficiency was the top priority and the IVT, together with the 2.0-liter engine, is estimated to return up to 35 MPG combined for the LX trim, about a 3 MPG improvement over the current vehicle.  Official EPA fuel economy ratings will be announced closer to the Forte’s arrival in the U.S. later this year.

Staying connected with advanced technology and infotainment features allows the driver to dedicate their important attention to the road ahead. In that regard, the Forte comes standard with an 8-inch color touchscreen with Android Auto™3 and Apple CarPlay®4 that’s integrated neatly on the dash and within the driver’s line of sight. With select smartphone devices, the system also has the capability to read SMS texts aloud through Bluetooth®5.  Eliminating the need for a charging cord is an available wireless charging6 tray perched up on the center stack for compatible Android7 devices, as well as Apple iPhone 8 and iPhone X.8

Another welcome and surprising feature in this segment is an available 320-watt premium sound system developed with Harman Kardon that pumps out music through a unique speaker hole pattern on the door panels and throughout the cabin.

Kia’s suite of Advanced Driver Assistance Systems (ADAS)9 offered in many of the automaker’s more expensive vehicles make their way down into the Forte, making it an even more value-laden option for cost-conscious shoppers. In addition to Blind-Spot Collision Warning (BCW)9 and Lane Keeping Assist (LKA)9, the all-new Forte is available with Forward Collision-Avoidance Assist (FCA)9 and Smart Cruise Control (SCC)9.Smart Cruise Control is designed to maintain a pre-set distance between the Forte and the vehicle in front and can slow the vehicle slows with traffic in certain circumstances.

1 Official EPA fuel economy ratings will be announced closer to the Forte’s arrival in the U.S. later this year.  Actual mileage will vary with options, driving conditions, driving habits and your vehicle’s condition.

3 Android Auto™ is a trademark of Google Inc.

4 CarPlay® is a registered trademark of Apple Inc.

5 The Bluetooth® word mark and logos are registered trademarks owned by Bluetooth SIG Inc., and any use of such marks by Kia is pursuant to license. A Bluetooth® enabled device is required to use Bluetooth® wireless technology.

6 Charging system only works with select devices. Refer to the vehicle's Owner's Manual for warnings and instructions.

7 Android™ is a trademark of Google, Inc.

8 iPhone 8 and iPhone X are registered trademarks of Apple, Inc.

9 These systems are not substitutes for proper and safe driving, parking, and/or backing-up procedures. These systems may not detect every object behind or alongside the vehicle or in the vehicle’s blindspot or direction of travel. Always drive safely and use caution.

Press Release Information Accuracy Disclaimer
Information posted in press releases on the Kia Media website was accurate at the time of posting but may be superseded by subsequent releases or other information.
35 Photos & 2 Videos 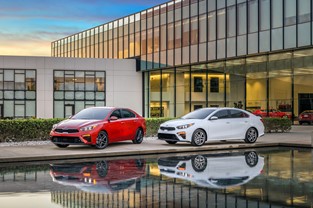 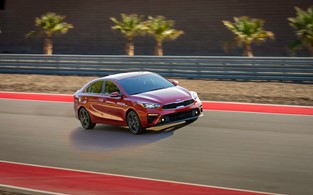 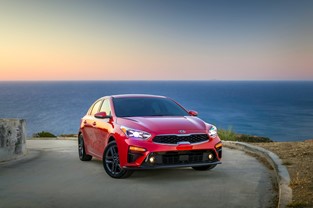 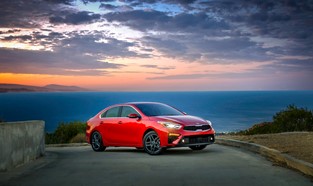 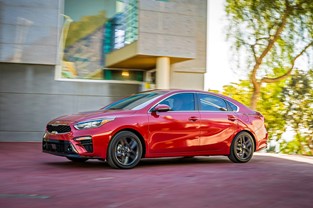 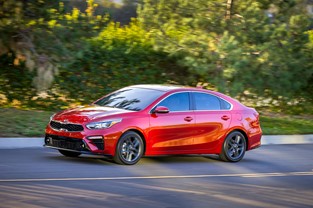 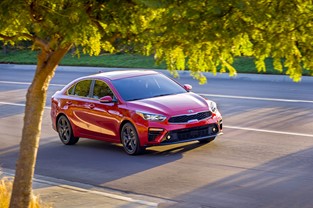 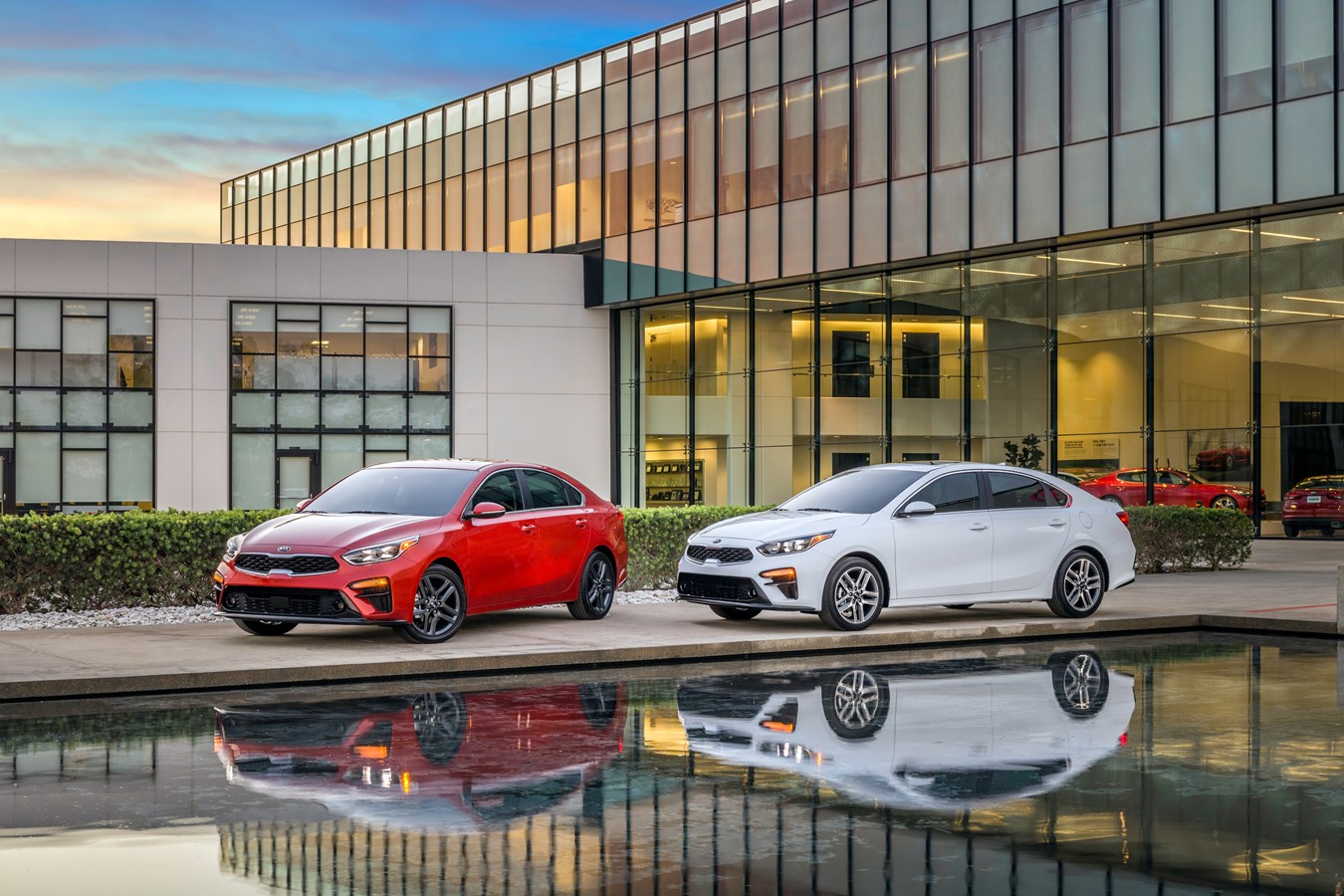 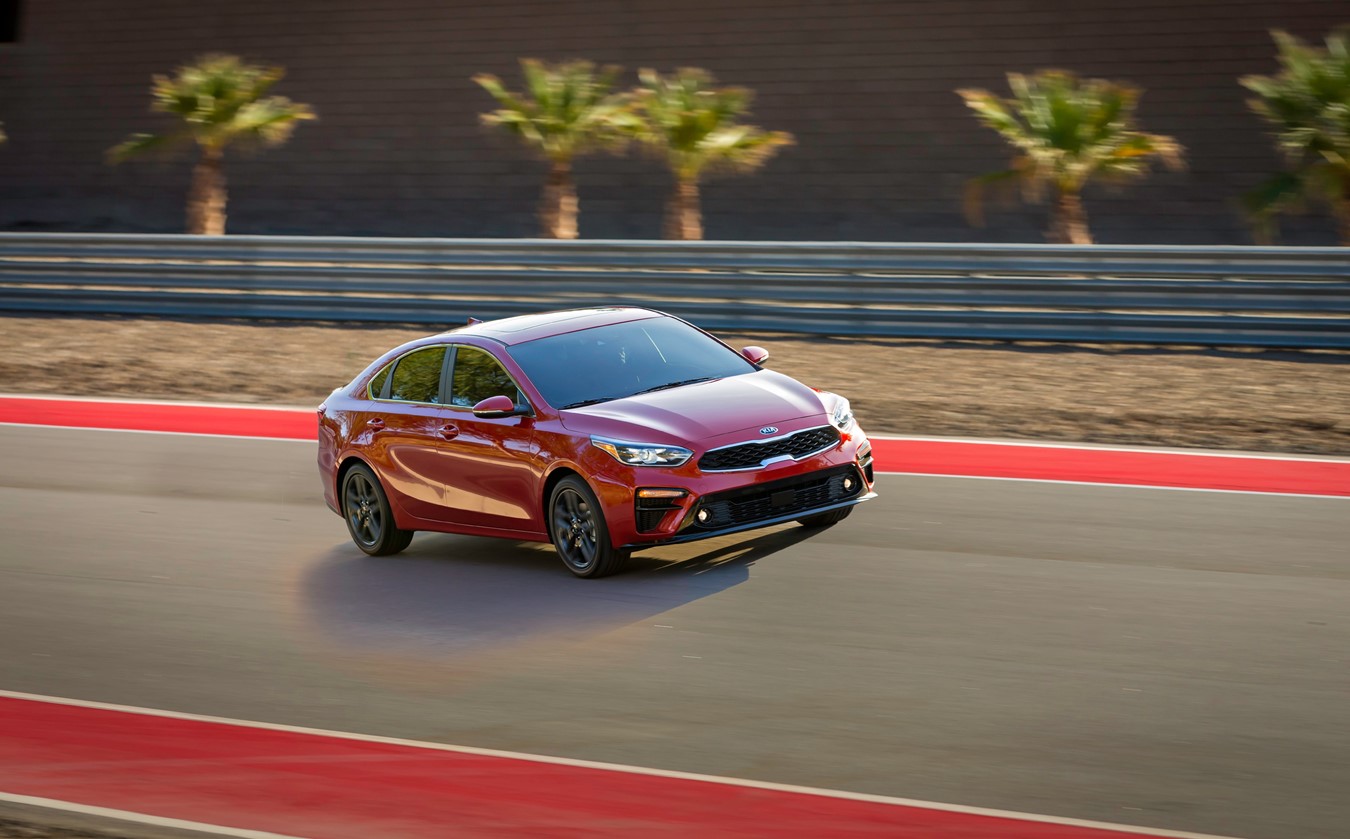 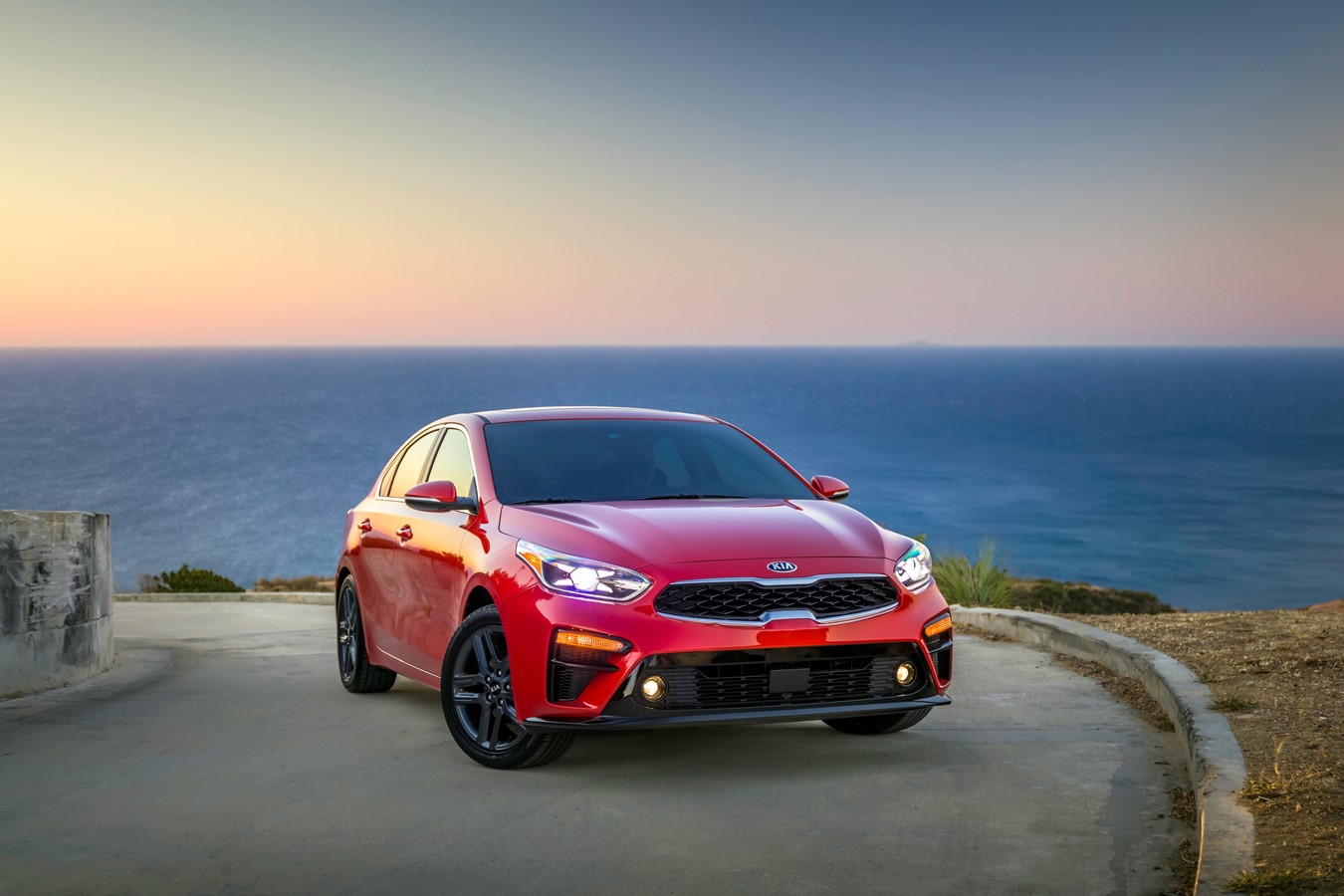 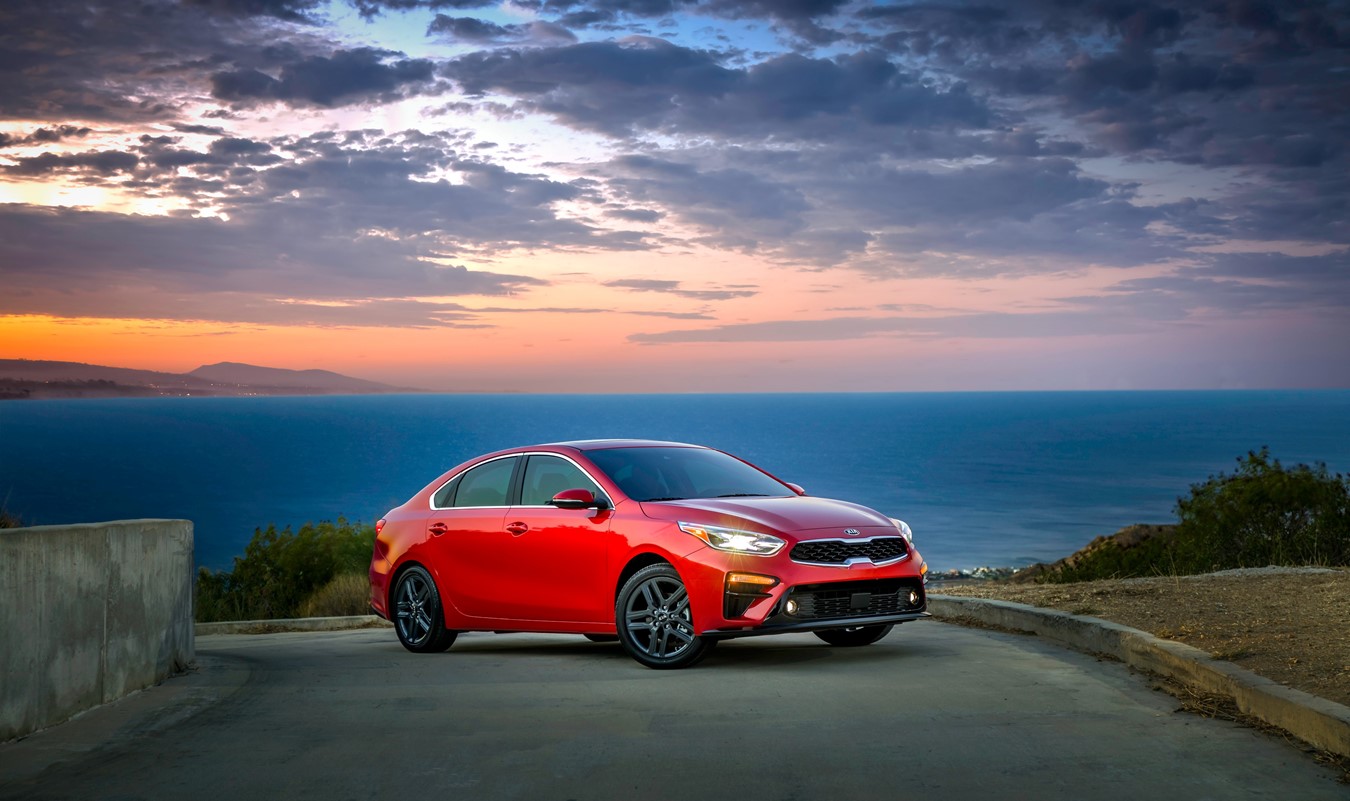 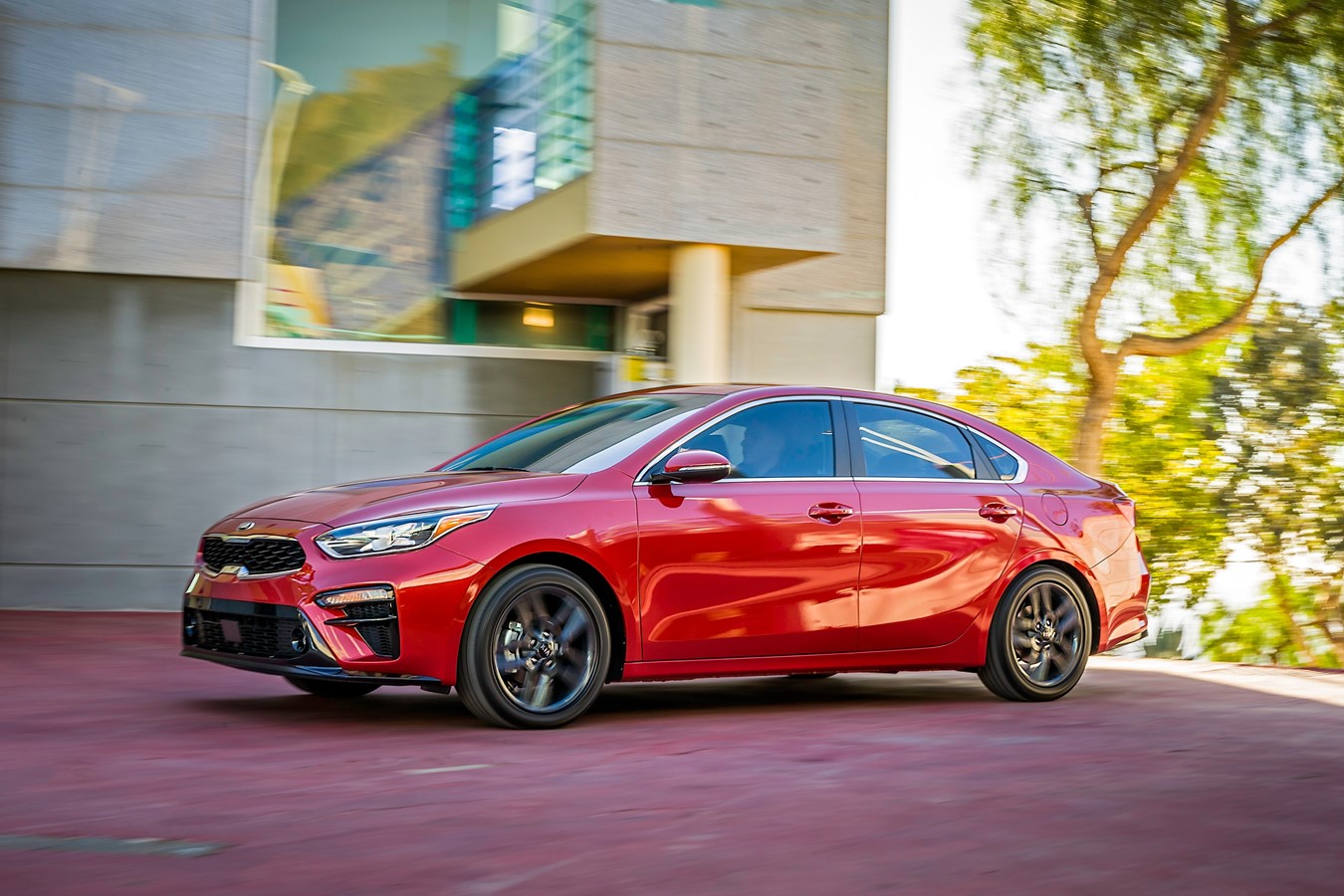 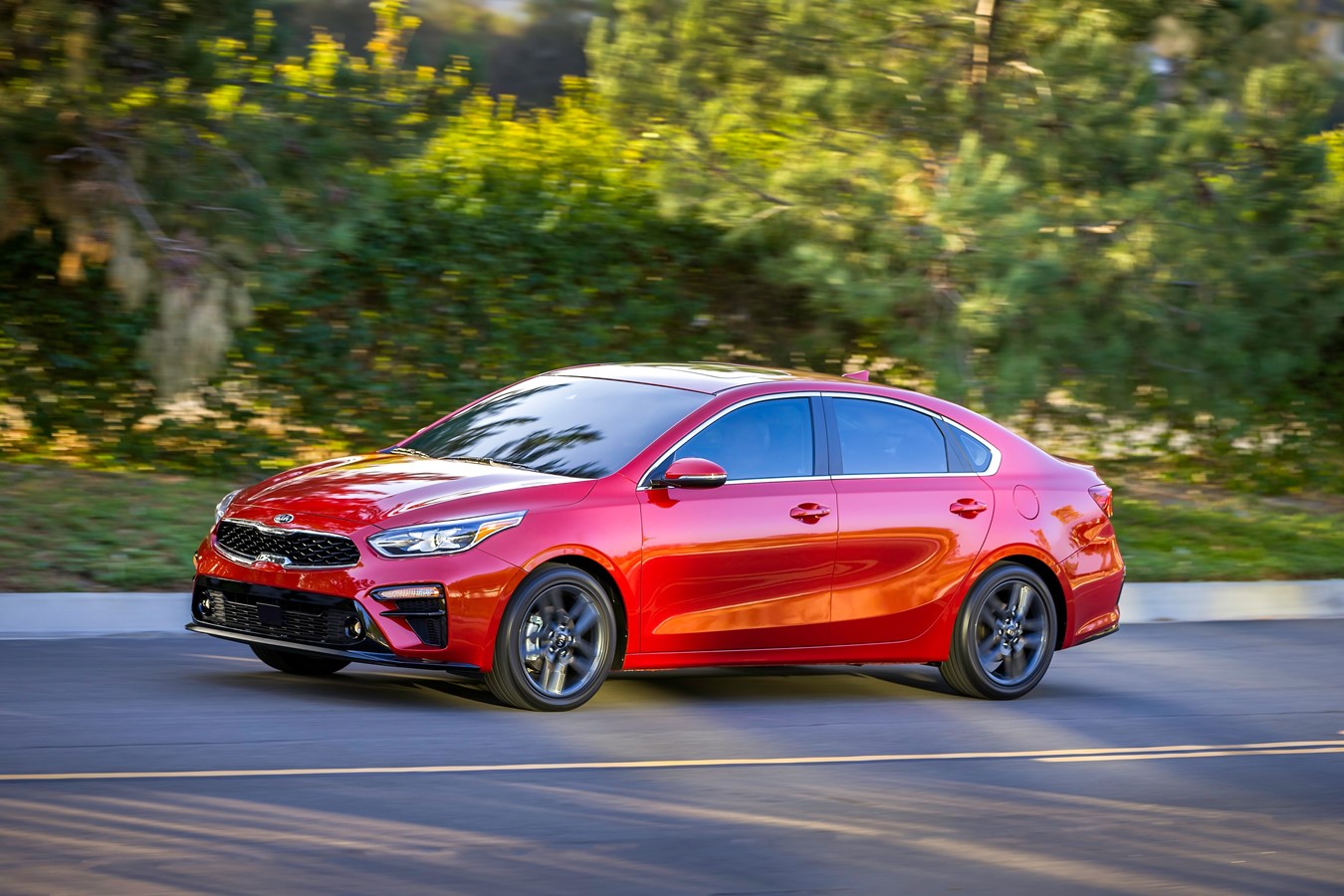 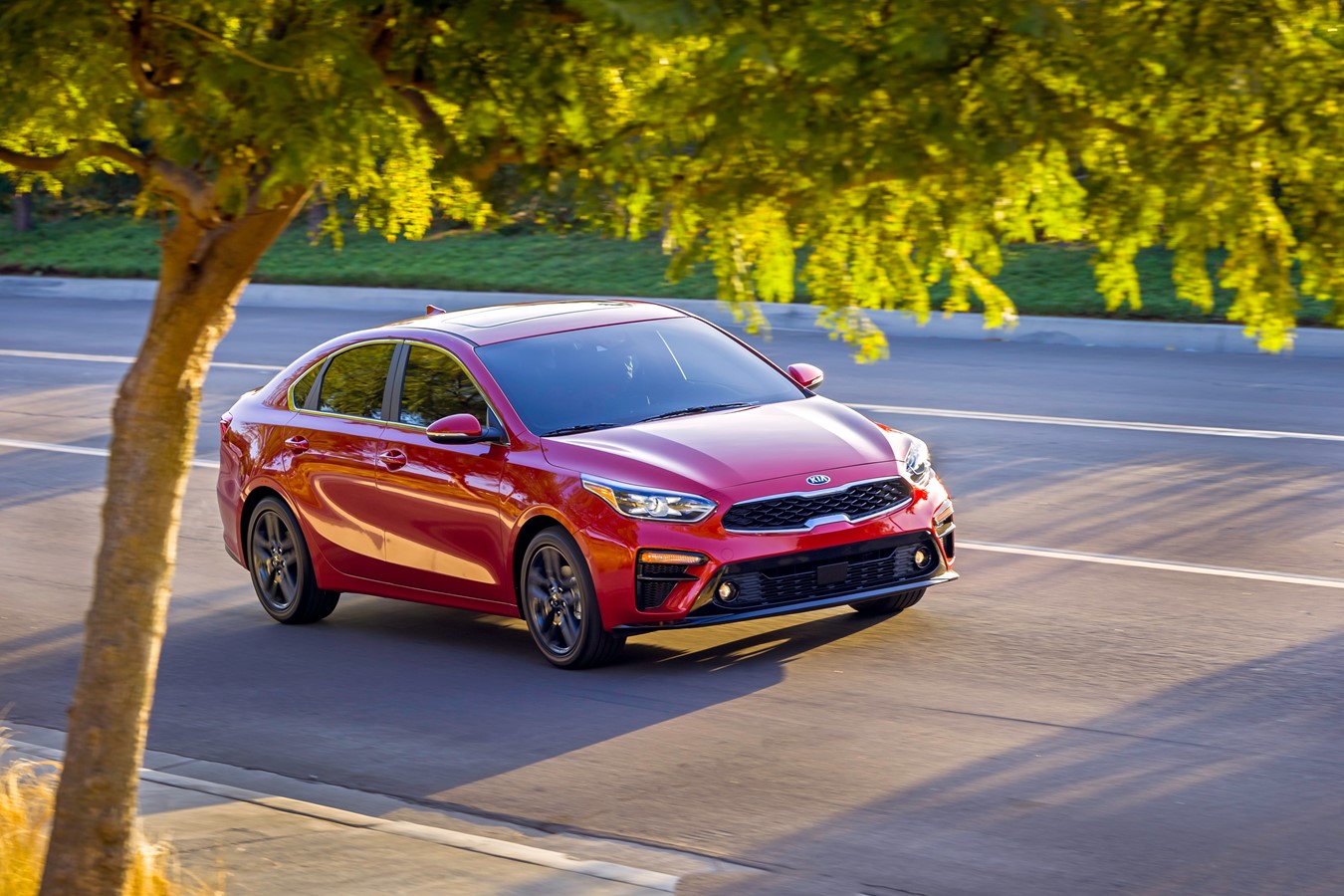