Hyundai Motor Group Honorary Chairman, Mong-Koo Chung, has been officially inducted into the Automotive Hall of Fame at the 2020/2021 Induction and Awards Ceremony. The industry’s top honor was presented to the class of 2020 at a celebration held at the ICON Convention Center in Detroit on July 22.

The induction ceremony was attended by Hyundai Motor Group Chairman Euisun Chung, who participated in Honorary Chairman Mong-Koo Chung’s place. Chairman Chung received the induction trophy and made a speech on behalf of his father.

“Honorary Chairman Chung grew Hyundai Motor group into the world’s fifth largest automaker from its humble beginning. If my father were here, he would say he owes this honor to our employees, dealers and fantastic customers,” said Euisun Chung. “My father continued the legacy of my grandfather Ju-yung Chung, who founded Hyundai. He expanded the Group’s presence globally and continued to pursue excellence in quality. He made the Group something that employees and customers can all be proud of.”

Chairman Chung also did not forget to mention his vision for the future.

“As Hyundai embraces the challenges and the opportunities of the 21st century, we will continue to strive for excellence, challenge convention and lead the evolution of smart mobility. We will realize progress for humanity,” said the Chairman.

According to the Automotive Hall of Fame, Hyundai Motor Group’s success owes much to Honorary Chairman Chung, and his legacy is on par with other legends of the industry who have launched and guided automotive firms to global growth and renown. Through his leadership, Hyundai Motor Group became the world’s fifth-largest automotive group.

The Automotive Hall of Fame also took note of Chung’s many accomplishments, including:

The Automotive Hall of Fame was established in 1939 to honor notable business leaders who have contributed significantly to the advancement of the automotive industry and mobility. Chung becomes the first Korean to receive this honor, which was first announced in February 2020. The Automotive Hall of Fame previously honored Chung with its Distinguished Service Citation Award in 2001.

Due to COVID-19 restrictions, this year’s Automotive Hall of Fame Induction Ceremony celebrated the inductees for the years 2020 and 2021. Inductees announced in 2020 include Thomas Gallagher, former CEO of Genuine Parts Company; Jay Leno, automotive heritage leadership through his Jay Leno’s Garage series on CNBC; and Helene Rother, one of the first women in automotive interior design for General Motors, Nash Motors. The class of 2020 also included Mobility Innovator Awardee Harold Goddijn, CEO and co-founder of TomTom technologies.

Inductees announced in 2021 include C.R. Patterson and Frederick Patterson, leaders of the U.S.’s first and only African American owned auto manufacturer; and Charlie Wiggins, a barrier-breaking motorsports racer and engineer.

During the Induction ceremony, a tribute video was played to show the Honorary Chairman’s accomplishments and contributions to the automotive industry. In the meantime, NEXO and IONIQ 5 were on display to demonstrate Chung’s contribution to spearheading the industry’s efforts to advance hydrogen fuel cell technology and electrification.

The day before the induction ceremony, an engraving of Chairman Chung’s signature was placed on permanent display at the Automotive Hall of Fame along with the signatures of the other inductees.

Chung led the acquisition of Kia Corporation and turned it into a profitable company within the first year of acquisition. With his passion for quality and a determination to foster its own R&D capabilities, he created Korea’s first and only automotive group while simultaneously growing the auto parts and materials industries.

Honorary Chairman Chung often emphasized that the best quality is a virtue that cannot be compromised. Through his continued focus on quality, Hyundai and Kia vehicles now receive favorable reviews from global quality assessment agencies around the globe. The 10-year, 100,000-mile powertrain warranty implemented in the U.S. market in 1998, one of Chung’s initiatives, laid the foundation for Hyundai to grow into a global powerhouse.

Despite concerns over large-scale investment, Chung spearheaded global expansion of the Group’s production capabilities and R&D network. Under his leadership, Group’s production facilities expanded its presence across the world including the U.S., Europe, China, Russia, Brazil and Mexico, creating a system for rapid growth and endurance. A global network of production and R&D gave Hyundai Motor Group a competitive edge that allowed it to survive through numerous global economic crises.

He also helped to develop Korea’s materials industry by building an integrated steel mill that maximized synergy across the Group, and created the world's first resource-circulating business structure, presenting a new ideal for sustainable management.

His innovative leadership and business philosophy has been recognized and celebrated through various awards over the years, including Korea Management Association’s CEO of the Year Award (1996), Business Week’s Auto CEO of the Year (2004), Automotive News’ Top Automotive CEO in Asia (2005), Van Fleet Award (2009), and inclusion in Harvard Business Review’s ‘CEO 100’.

About the Automotive Hall of Fame

Hyundai Motor Group is a global corporation that has created a value chain based on automobiles, steel, and construction and includes logistics, finance, IT and service. With about 250,000 employees worldwide, the Group’s automobile brands include Hyundai, Kia and Genesis. Armed with creative thinking, cooperative communication and the will to take on all challenges, the group is working to create a better future for all.

Disclaimer: Hyundai Motor Group believes the information contained herein to be accurate at the time of release. However, the company may upload new or updated information if required and assumes that it is not liable for the accuracy of any information interpreted and used by the reader. 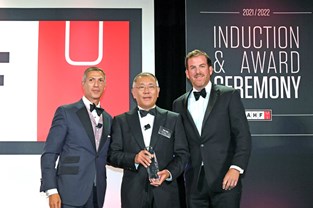 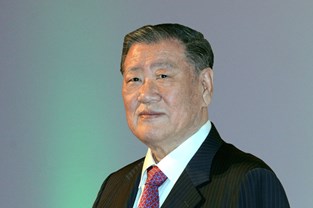 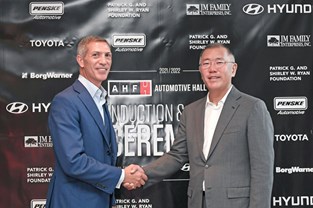 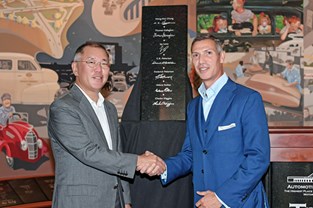 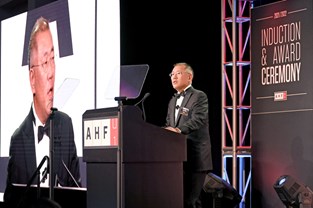 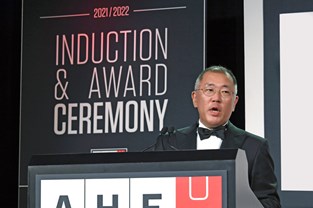 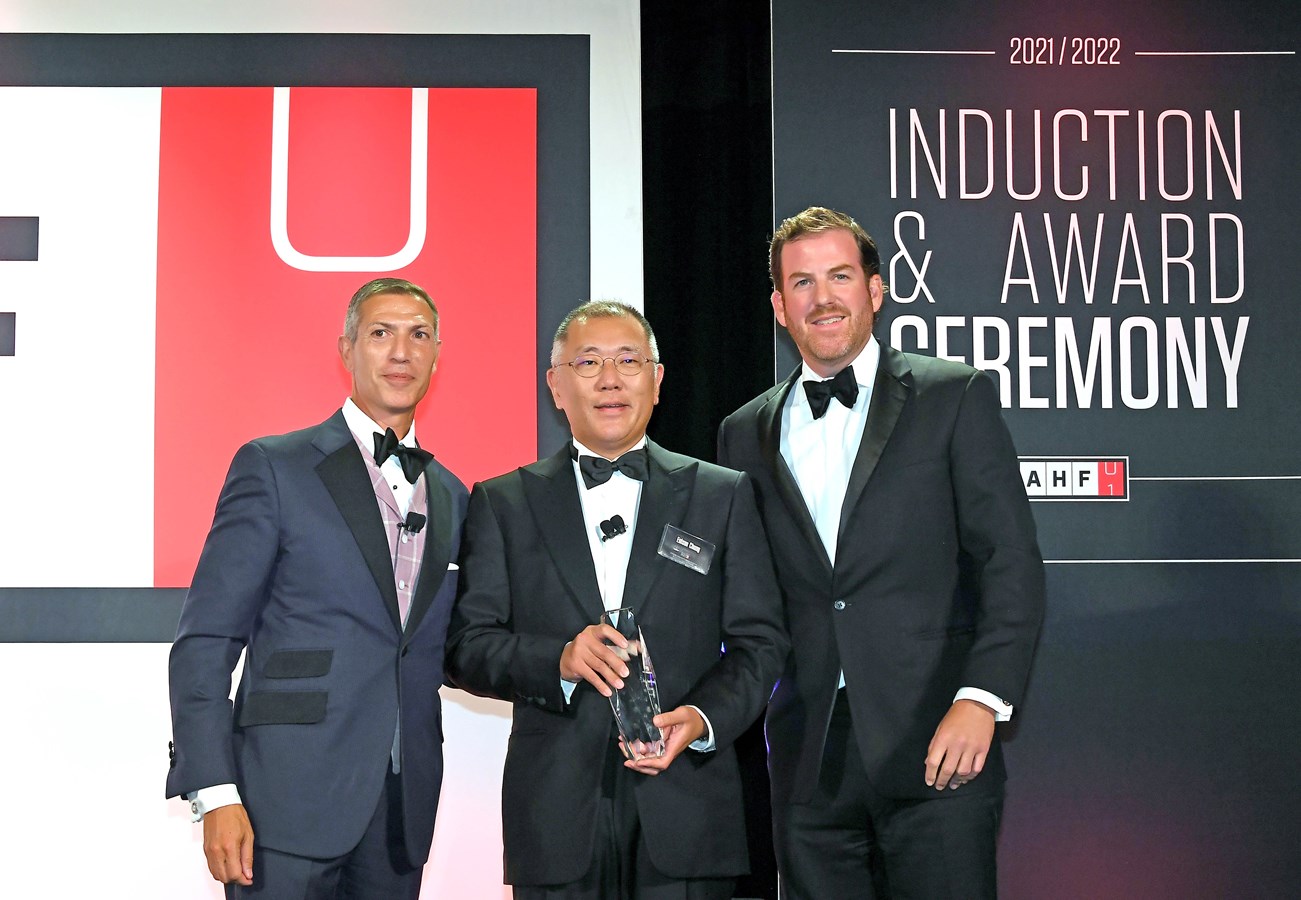 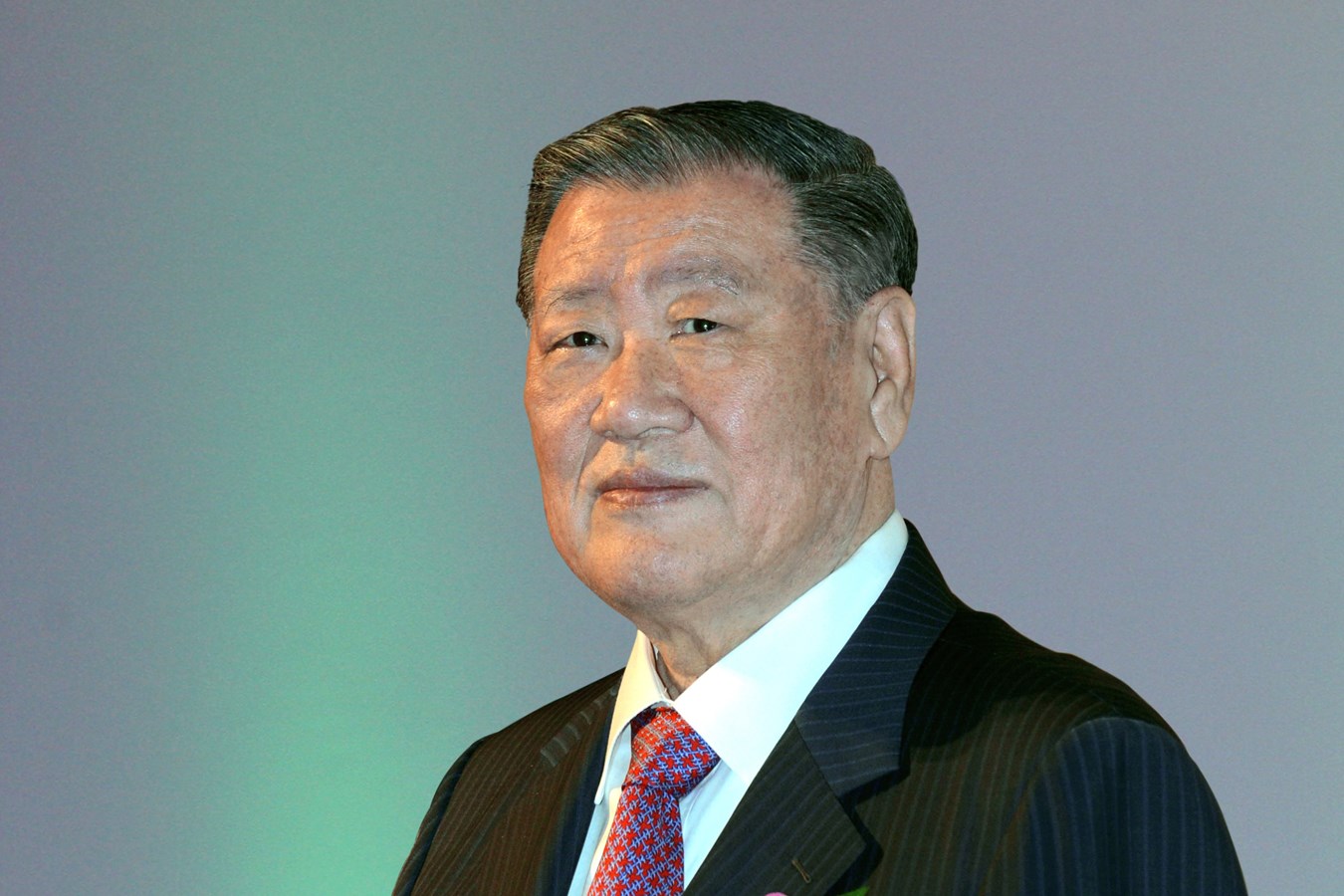 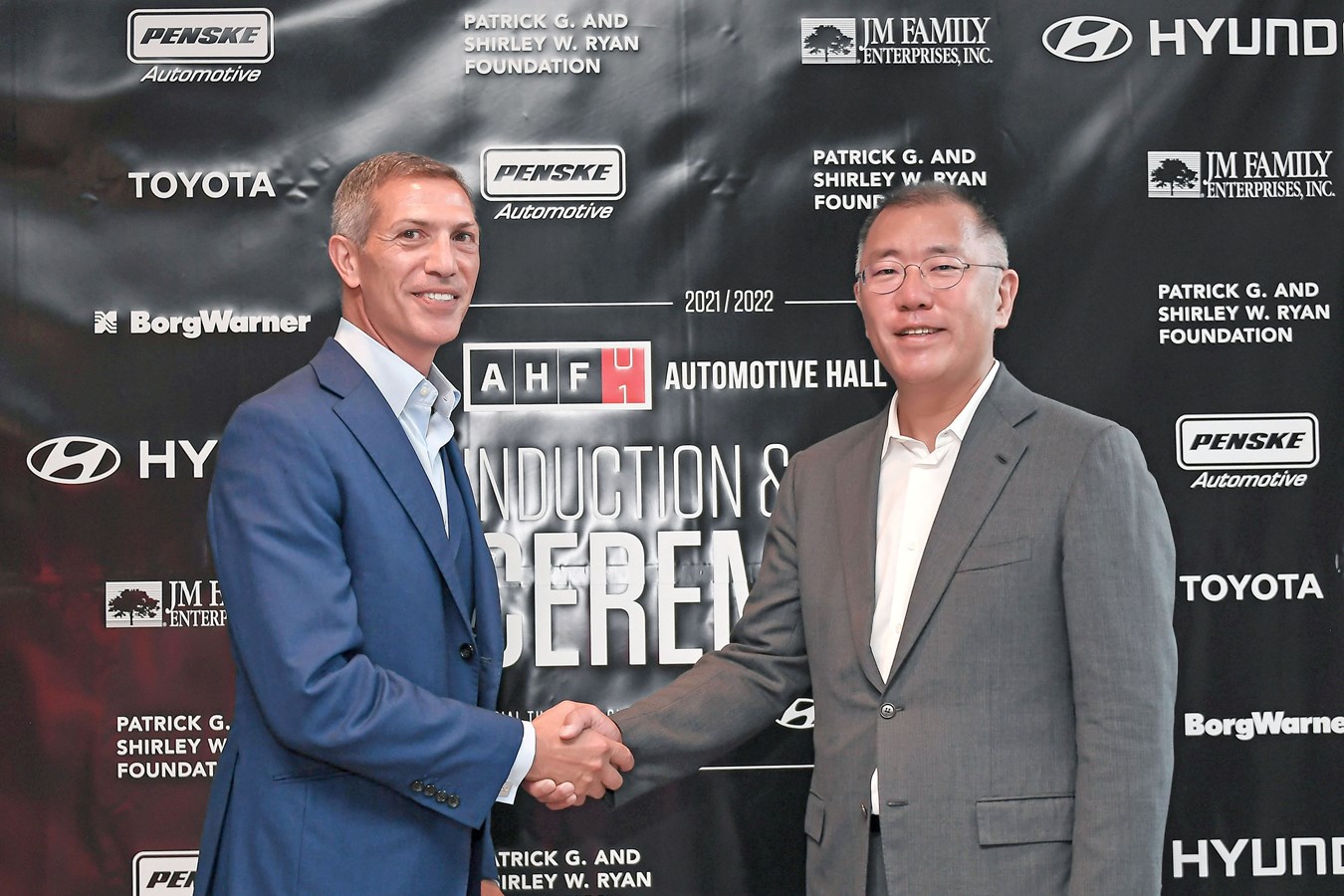 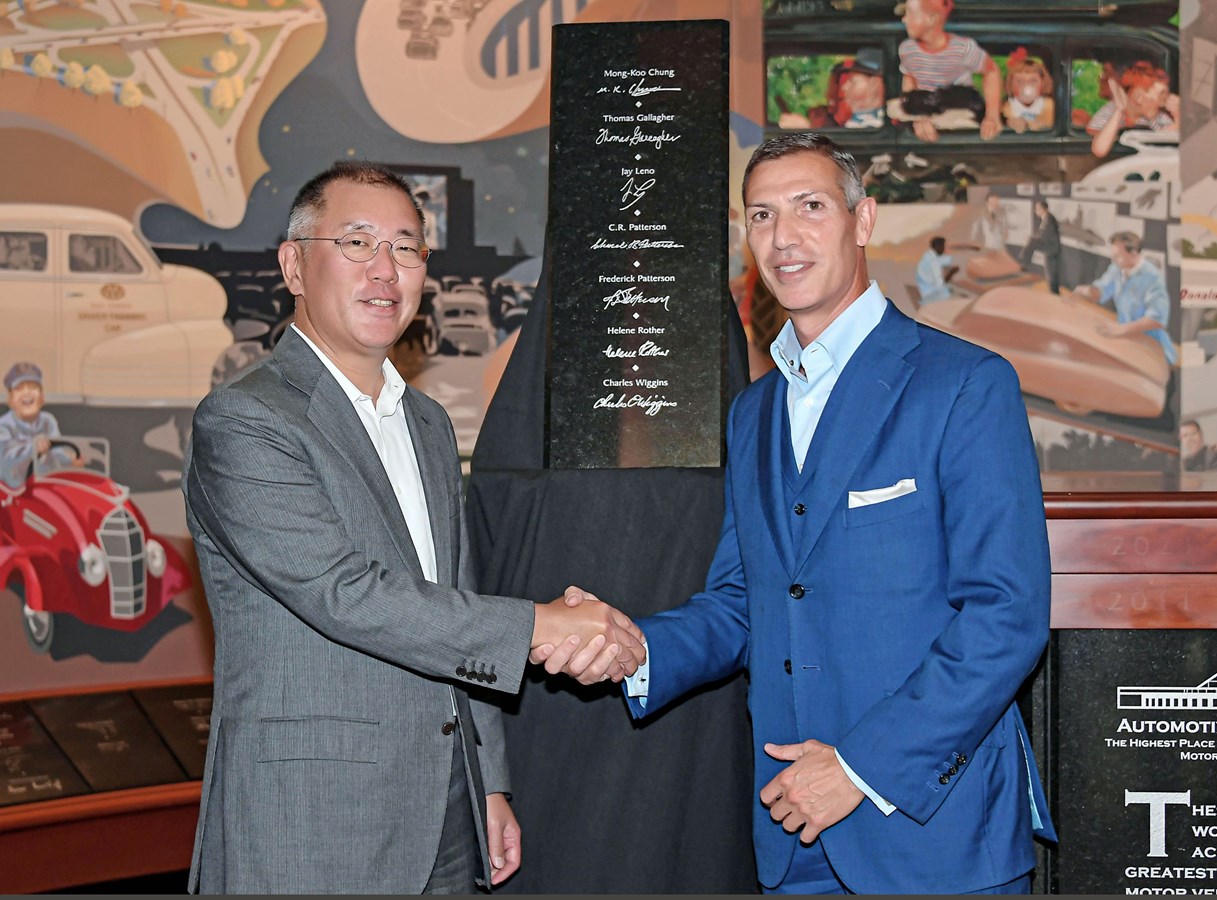 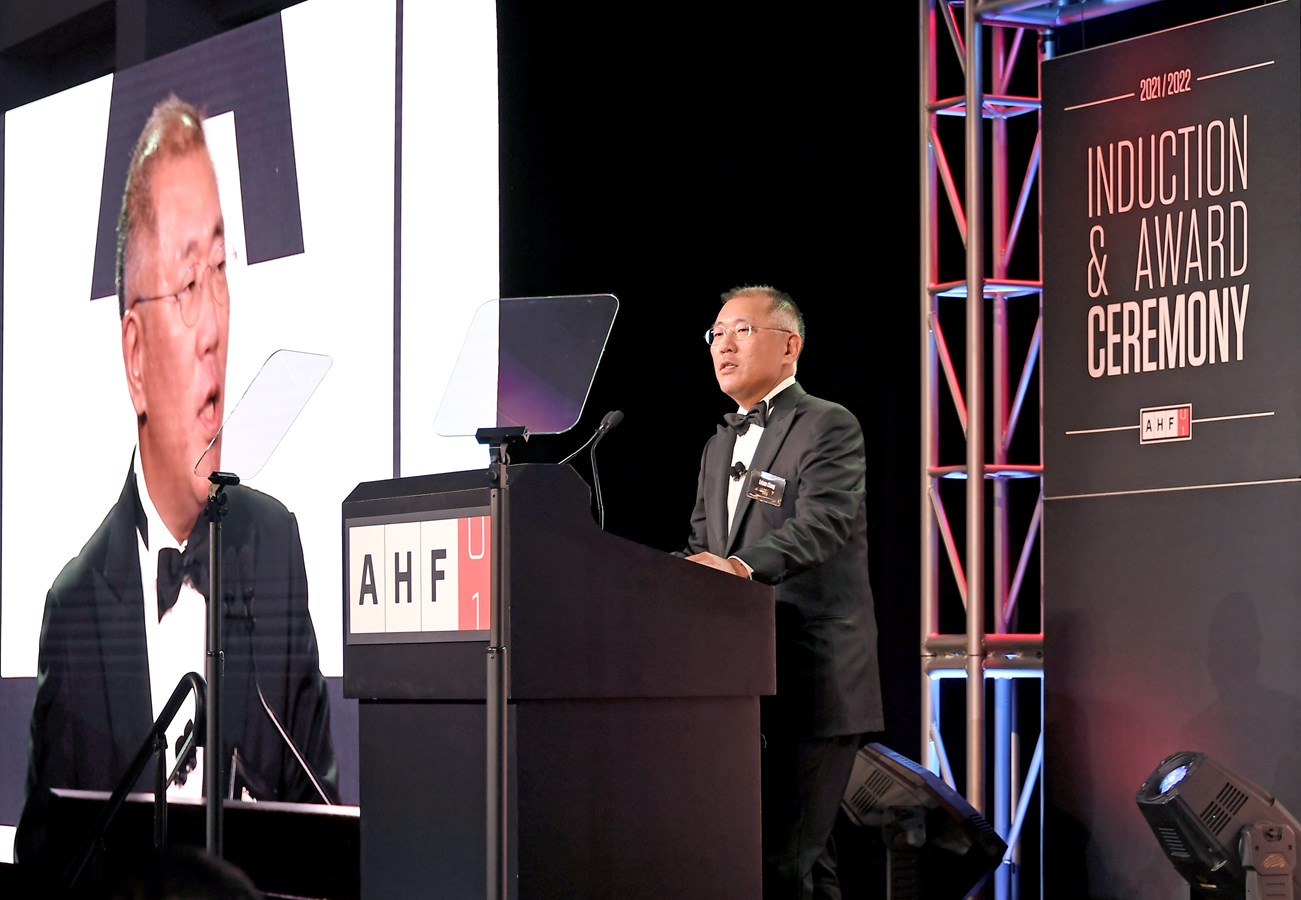 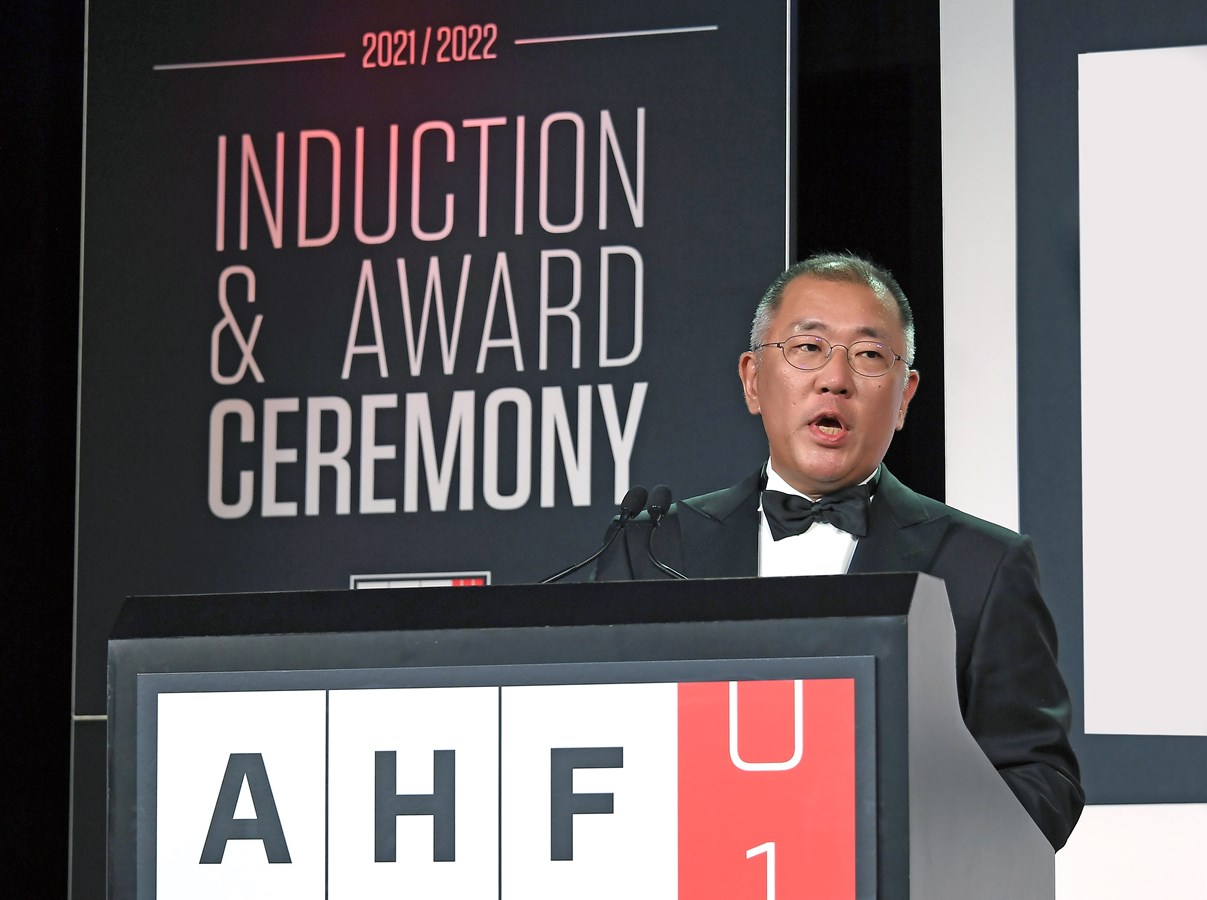