“Automotive design is about capturing the heart and making it beat that bit faster for that bit longer. We believe that there’s absolutely no reason why that should change simply because the car is electric,” says Gregory Guillaume, Vice President of Design for Kia Motors Europe. “That’s why our all-electric concept is designed to not only get your pulse racing, but to also signpost our holistic and emotional approach to electrification.”

“Today’s drivers understandably have many questions about electric cars. They’re concerned about range, the recharging network, and whether electric cars will still be dynamic and engaging to drive. So, when we first started thinking about this concept and imagining what its role would be, we knew that the best way to answer those questions and address those concerns was by approaching electrification purely from an emotional point of view.”

This human-centric attitude is perfectly aligned with Kia’s attitude on automotive design, as Guillaume explains. “When they talk about their electric cars, many carmakers promote the same rational and empirical data-driven messages as they do with their internal combustion engined cars, such as range, economy and performance criteria.”

“Kia prides itself on its power to surprise, which is why we wanted to move away from the rational and focus on the emotional, and embrace a warmer and more human approach to electrification. After all, electricity is found within every atom, it’s the energy that flows within us and around us on our planet. Harnessing its potential has propelled us forward from one innovation to the next,” says Guillaume.

A visual embodiment of Kia’s desire to move forward in the exciting world of electrification, Imagine by Kia is the company’s first pure electric four-door passenger car. Unlike the award-winning e-Niro electric crossover, which is based on the existing architecture of the hybrid-powered Niro, Imagine by Kia is underpinned by a low-mounted, induction-charged battery pack that powers a compact drivetrain.

Coherently drawing together elements of a muscular sports utility vehicle, a sleek and athletic family saloon, and a versatile and spacious crossover, Imagine by Kia is intentionally designed to not sit within the industry’s predefined vehicle categories.

“It’s a large C-segment car – the vehicle size that’s incredibly popular in Europe – but the only things it holds on to are Kia’s brand values,” explains Guillaume. “It hints at something familiar, but is something entirely new. I think of it as a category-buster, and a disruptor – it’s familiar and understood but at the same time progressive and new.”

Intelligently reinterpreting Kia’s iconic ‘tiger nose’ grille, Imagine by Kia features a bold new illuminated ‘tiger mask’ that encircles the main LED headlamp units. Separated by horizontal ‘eyelids’, the dipped and main beam units are housed with a single block of clear acrylic glass, creating the effect of piercing eyes floating free of visible support. This striking ‘tiger mask’ creates a distinctive and recognisable lighting motif that instantly marks this out as a Kia for the 21st Century.

“The inspiration for the ‘tiger mask’ was to create the look and feel of the headlamps being suspended within a transparent block of glass,” explains Guillaume. “This identifiable lighting signature could potentially be deployed as a unifying design element across Kia’s future electric vehicle range.”

The human approach to the design is encapsulated by the ruches adorning its front air-curtain and flanks. Each impulse ripple has a different length and is positioned at a different angle to the next so that light falling on the car’s flanks constantly creates the impression of movement.

“There’s a great sense of tension and purity in the car’s tautly-drawn sheetmetal and the crisp shoulder-line crease that runs around the entire car. I wanted to introduce an element to create a rippling effect in the metal, much like the shockwaves you would see if you threw a stone into a perfectly still mountain lake,” Guillaume says.

The paintwork is a further example of warmth and approachability. Six hand-applied layers of chrome-effect silver paint are covered in a tanned bronze tint that looks warm and inviting to the touch. Highly sensitive to changing light conditions, the depth and sheen further enhances the concept’s curves and contours.

A single sheet of glass is used for both the windscreen and roof, flowing from the base of the A-pillar and over the cabin to create a vast sky-window, before tapering into a double-bubble over the rear passenger compartment. The rakishness of the car’s high shoulders and narrow glasshouse are further enhanced by an illuminated dynamic streak that draws the eye from the A-pillar into the C-pillar, ending with an integrated lateral turn signal.

The front turn signals, located high up on the sharp-edged bonnet, feature illuminated glowing elements that appear to float in fins of clear acrylic glass. The rear lights are equally compelling. The turn signals are housed within deep-set tunnels to create a three-dimensional effect, with the looped lights extending outwards as they grow in size. Horizontal wrap-around brake light strips create a visual link with the Kia Stinger.

The lighting systems play a key role in underlining the concept car’s friendliness and accessibility. “The flush-fitting Kia script on the front of the concept lights up and glows as the driver approaches the car, followed by the illuminated tiger mask – a welcoming gesture to the driver at the start of the journey,” explains Guillaume.

Even the wheels contribute to the visual relationship that the car has with the movement of light. Each of the 22-inch alloy wheels has four flush inserts of transparent acrylic glass, polished at the front and diamond cross-cut at the back, to reflect and refract the light, much like a cut diamond would, as the wheels move. The wheels themselves are shod with bespoke Goodyear 255/35 R22 Intelligrip EV concept tyres.*

Guillaume and his design team also focused a great deal of their attention on the vehicle’s aerodynamics, ensuring the car sliced as cleanly as possible through the air to reduce turbulence and extend its range.

“The front air curtain; the way the double-skin bonnet channels air through the nose, up and over the front screen and roof; the double skinned C-pillar that creates an air spoiler; the completely enclosed underbody; the wind-cheating ‘wingcams’ and the hard-edged break-away around the car’s rear – all these features collectively boost aerodynamic efficiency and reduce turbulence and drag,” Guillaume explains.

“We wanted the interior to have a twinkle in its eye, to be full of surprising and delightful touches that amuse, engage and attract both driver and passenger alike,” explains Ralph Kluge, Kia Motors Europe’s general manager of interior design.

The layout of the powertrain created a chassis architecture that is distinctly different to that of a vehicle powered by an internal combustion engine. It’s a layout that Guillaume and his team fully exploited to maximise cabin space and create an airy and spacious interior – and one with a wry sense of humour, too.

21 individual ultra high-resolution screens curve their synchronised way across the top of the dashboard in a layout that’s at the same time both casual and co-ordinated. It takes just a single glance to understand what Kluge means. “These 21 incredibly thin screens are a humorous and irreverent riposte to the on-going competition between some automotive manufacturers to see who can produce the car with the biggest screen,” says Kluge.

They may form a striking sculptural feature that neatly ties in with the rippling and light-reflecting exterior design motifs, but this screen-wall is also highly functional. It effectively creates a single unified display from the driver’s point of view, without the ever-increasing bulk and rigidity of traditional in-car displays – a fresh and witty approach on how to move away from traditional fixed screens.

“It’s an immersive display delivering information on the car’s climate control, birds-eye navigation, drive and media systems. The screens will also display a raft of Kia concepts from years gone by to create an emotional link between past, present and future,” says Kluge. “With this arresting combination of artistry and information we’re drawing on memories of our past in a car that’s heading straight into our future.”

The cabin’s sense of light-heartedness is underpinned by the striking shockwave design of the four leather and silk-covered seats. “We wanted to create a polarity between how the chairs look and feel. Their diamond cross-cut shells look slim and lightweight but they are actually incredibly strong and robust,” adds Kluge, “and when you sit in them, you discover that the seats are very comfortable and supportive.”

The cabin’s airy atmosphere is further enhanced by the floating centre console that, like a wing, hovers independently above the low and flat floor. The doors – rear-hinged at the back for greater access – are swathed in a metallic fabric and leather, visually splitting the cabin into two distinct upper and lower levels. “The goal was to create an interior that felt de-cluttered rather than de-contented,” says Kluge. “This approach is also reflected in the tactile sculpted steering wheel and the pedals that are recessed when the car is stationary.”

The versatility of the all-electric architecture has not only enabled the Kia design team to create this open and spacious interior for passengers, but also for their luggage. Imagine by Kia boasts two capacious loadbays: a ‘frunk’ front trunk and a traditional rear storage area accessed through the glass hatch.

“As you all know, Kia prides itself on our power to surprise, and it’s this unorthodox approach that fired our collective imagination, moving us away from the rational, to embrace a warmer and more human approach to electrification,” says Guillaume.

“We imagined designing an all-electric car that not only answered consumer concerns around range, performance, recharging networks and driving dynamism, but one that also gave you goose bumps when you looked at it, and made the hairs on the back of your neck stand up when you drove it.

“We imagined a future where engaging and dynamic cars like this were an integral part of our transport requirements. So it will come as no surprise then that we have named our new concept ‘Imagine by Kia’. And its message is clear,” says Guillaume. “It’s time to free your imagination, to stop wondering and to start driving!”

Notes to editors
*Kia Motors partnered with Goodyear to create bespoke 255/35 R22 Intelligrip EV concept tyres for the Imagine by Kia concept. By using advanced sensor technology, the Intelligrip EV tyres would be able to detect road conditions and communicate with the Imagine by Kia to ultimately deliver improved driving performance. These custom-made concept tyres are designed to address the unique performance requirements of the growing electric vehicle segment and feature Goodyear’s Electric Drive Technology.

About Kia Motors Corporation
Kia Motors Corporation (www.kia.com) – a maker of world-class quality vehicles for the young-at-heart – was founded in 1944 and is Korea's oldest manufacturer of motor vehicles. About 3 million Kia vehicles a year are produced at 14 manufacturing and assembly operations in five countries which are then sold and serviced through a network of distributors and dealers covering around 180 countries. Kia today has over 51,000 employees worldwide and annual revenues of over US$47 billion. It is the major sponsor of the Australian Open, official automotive partner of FIFA – the governing body of the FIFA World Cup™ – and official partner of the UEFA Europa League – the world’s largest professional club football competition. Kia Motors Corporation's brand slogan – "The Power to Surprise" – represents the company's global commitment to surprise the world by providing exciting and inspiring experiences that go beyond expectations. 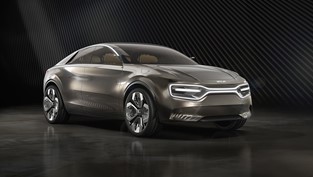 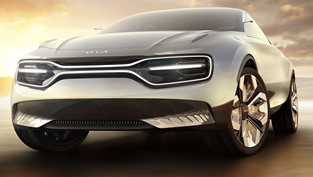 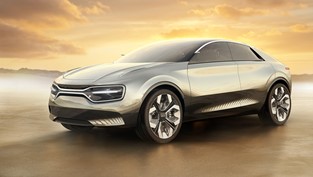 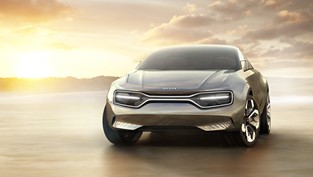 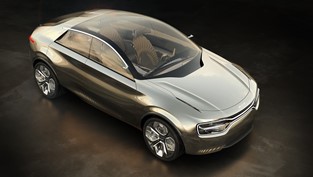 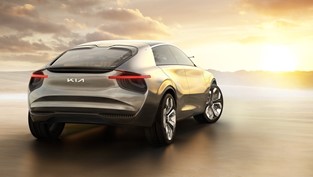 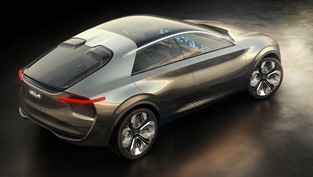 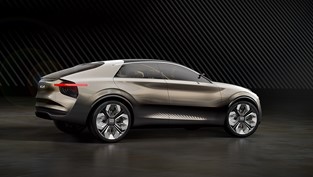 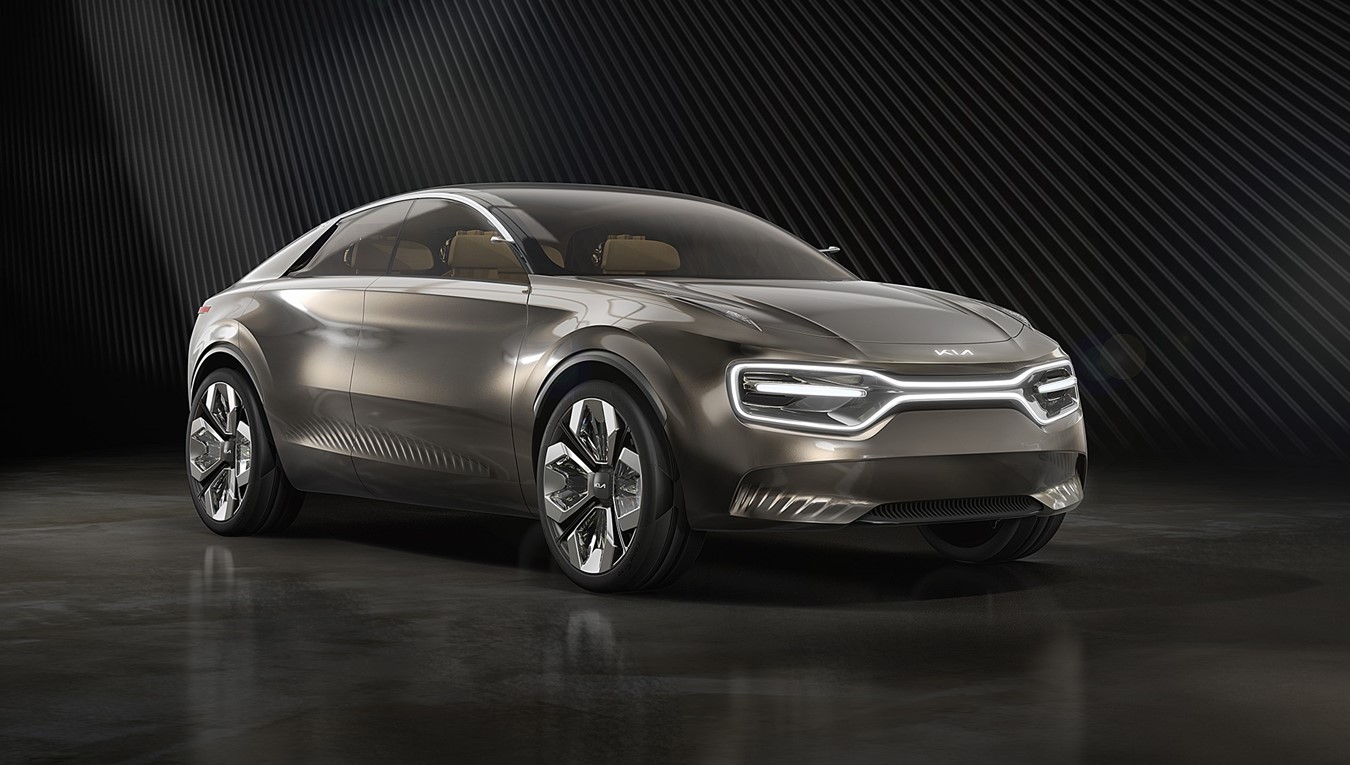 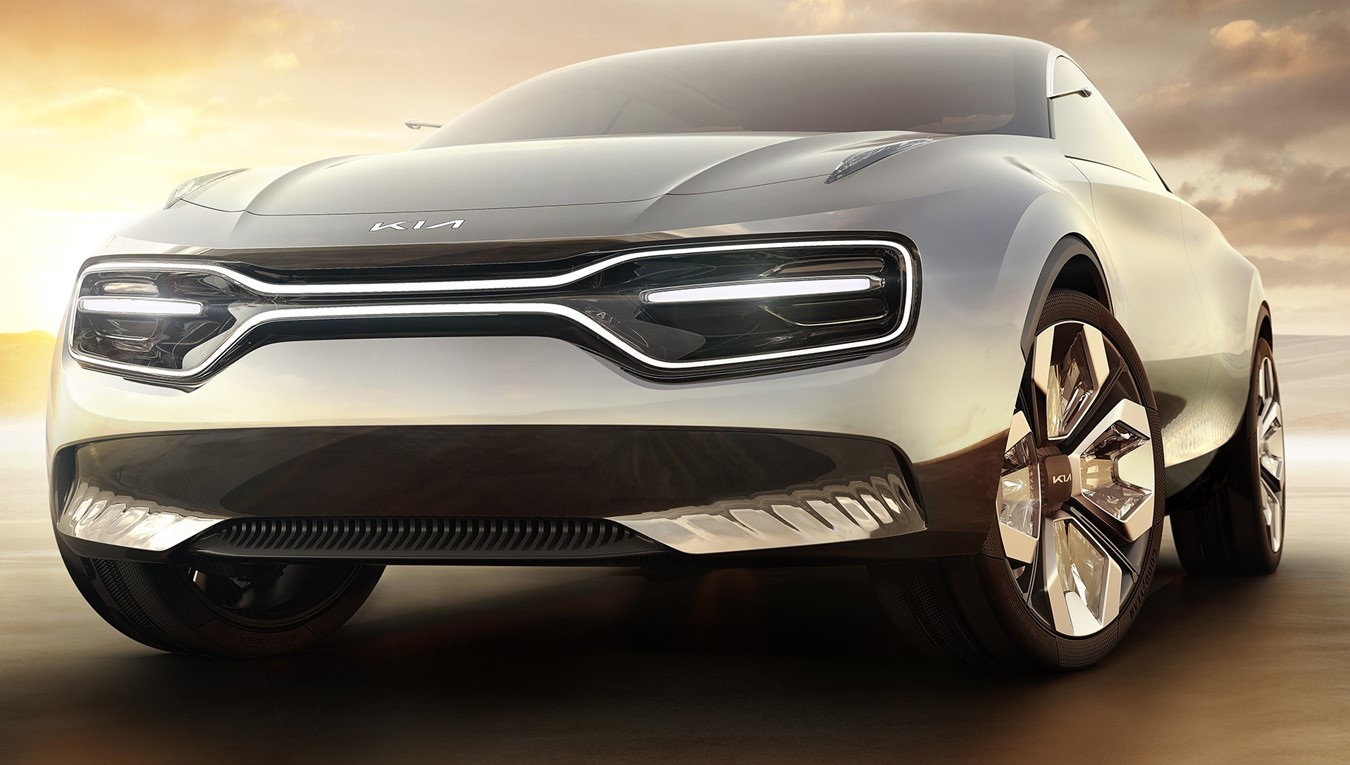 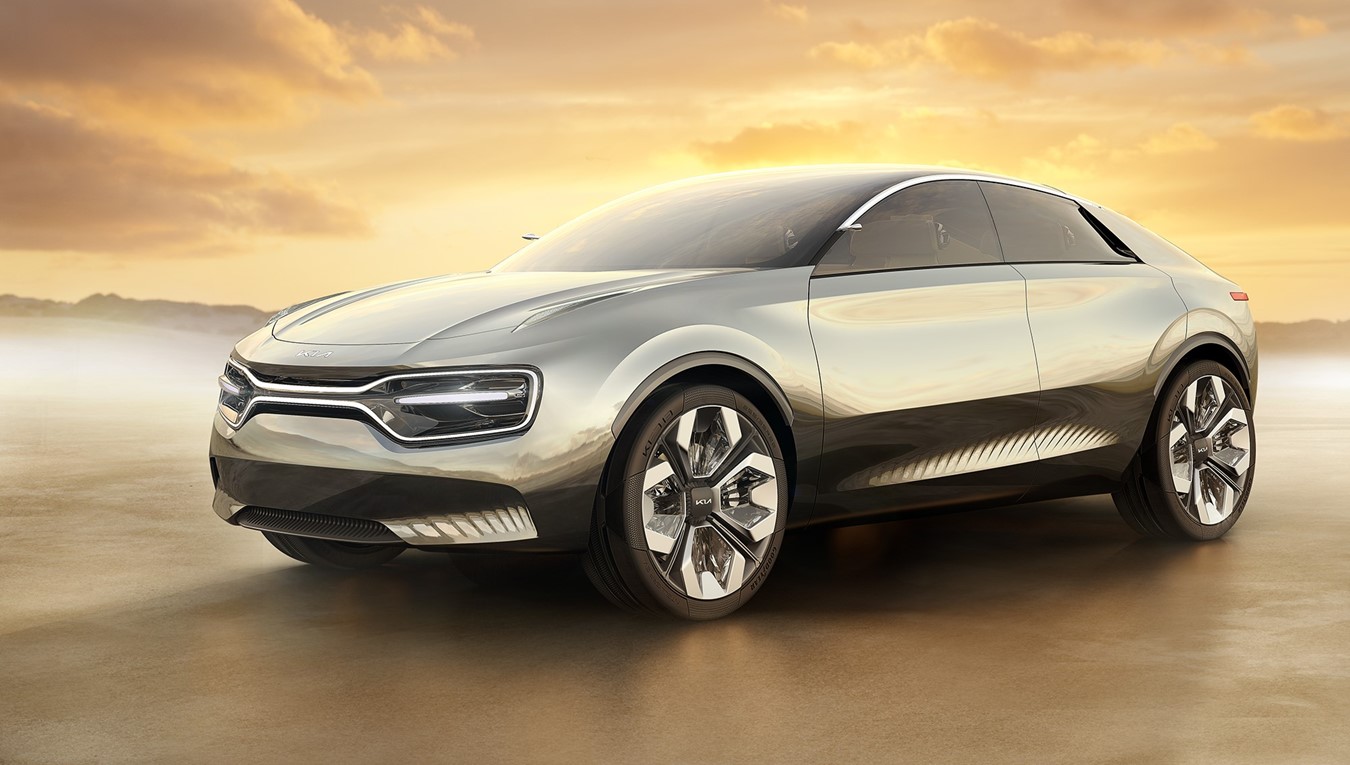 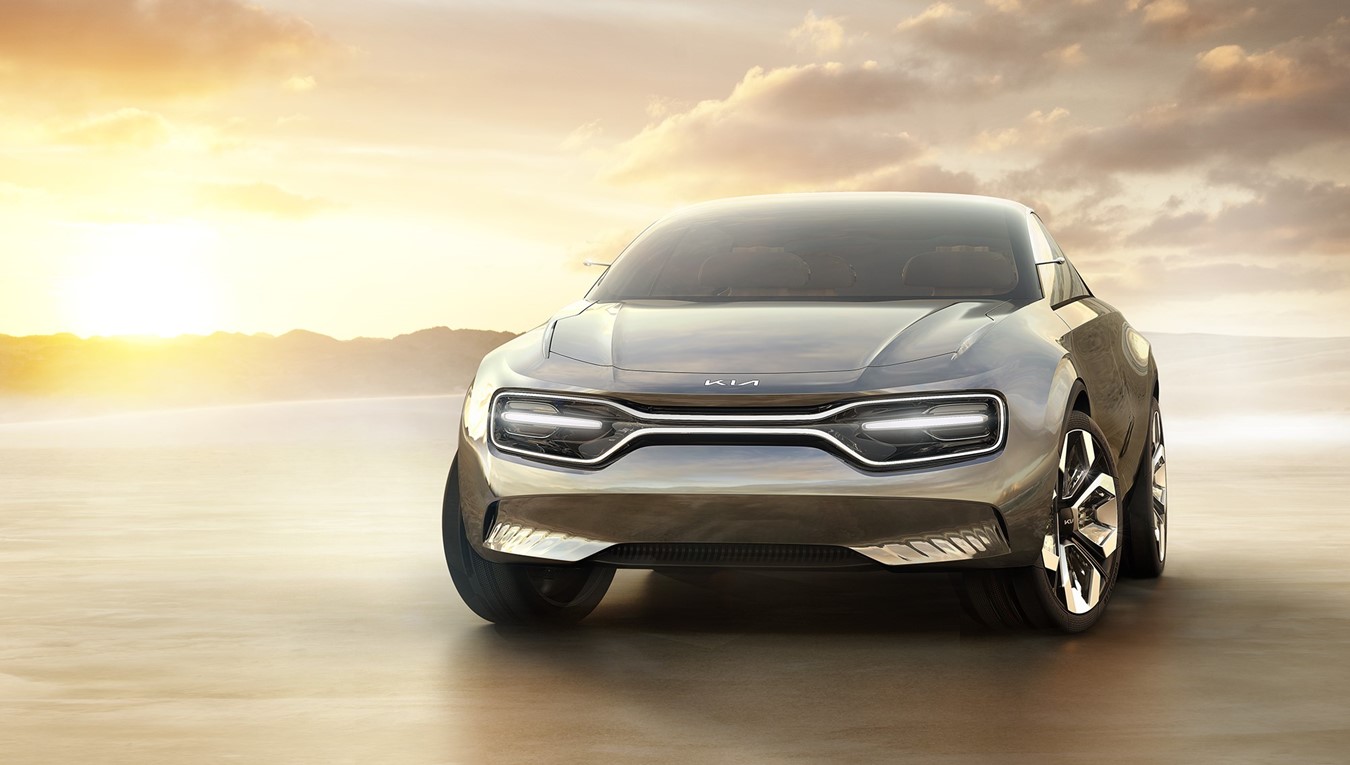 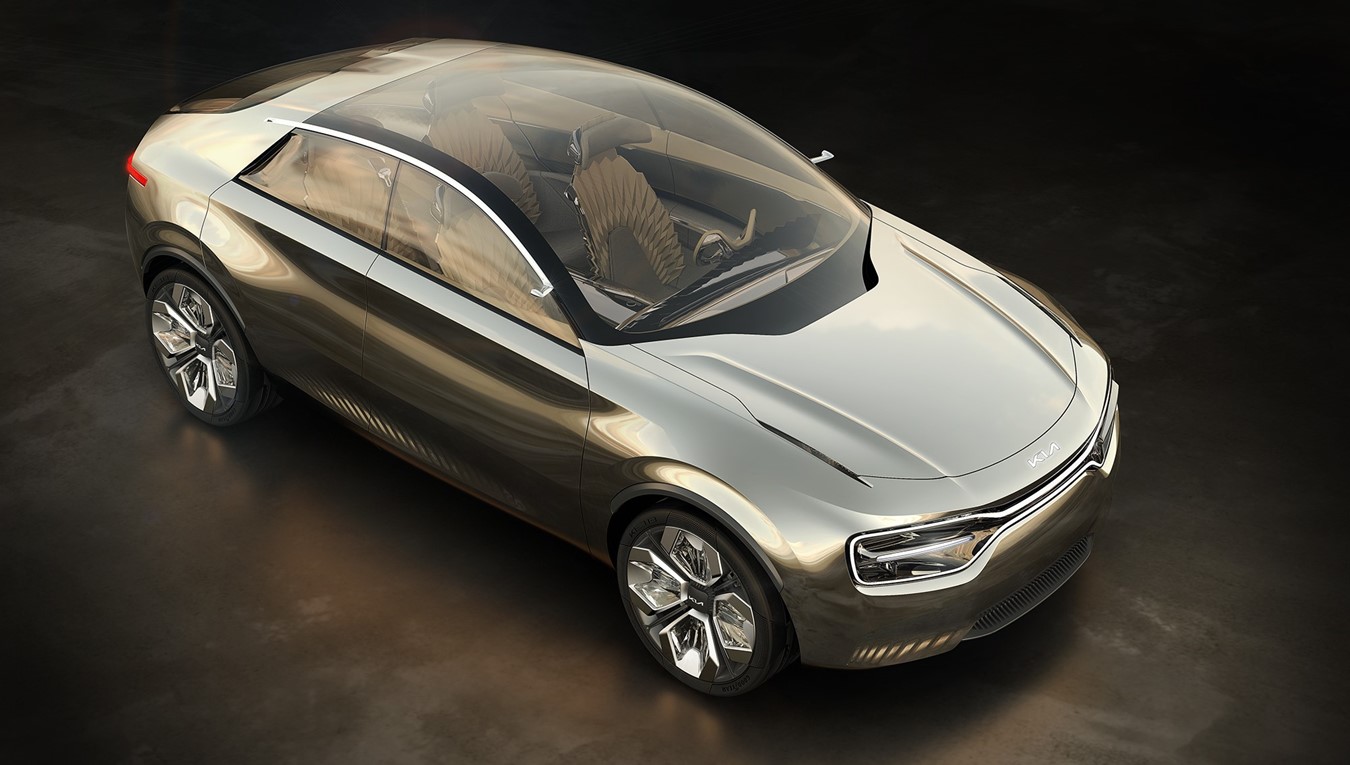 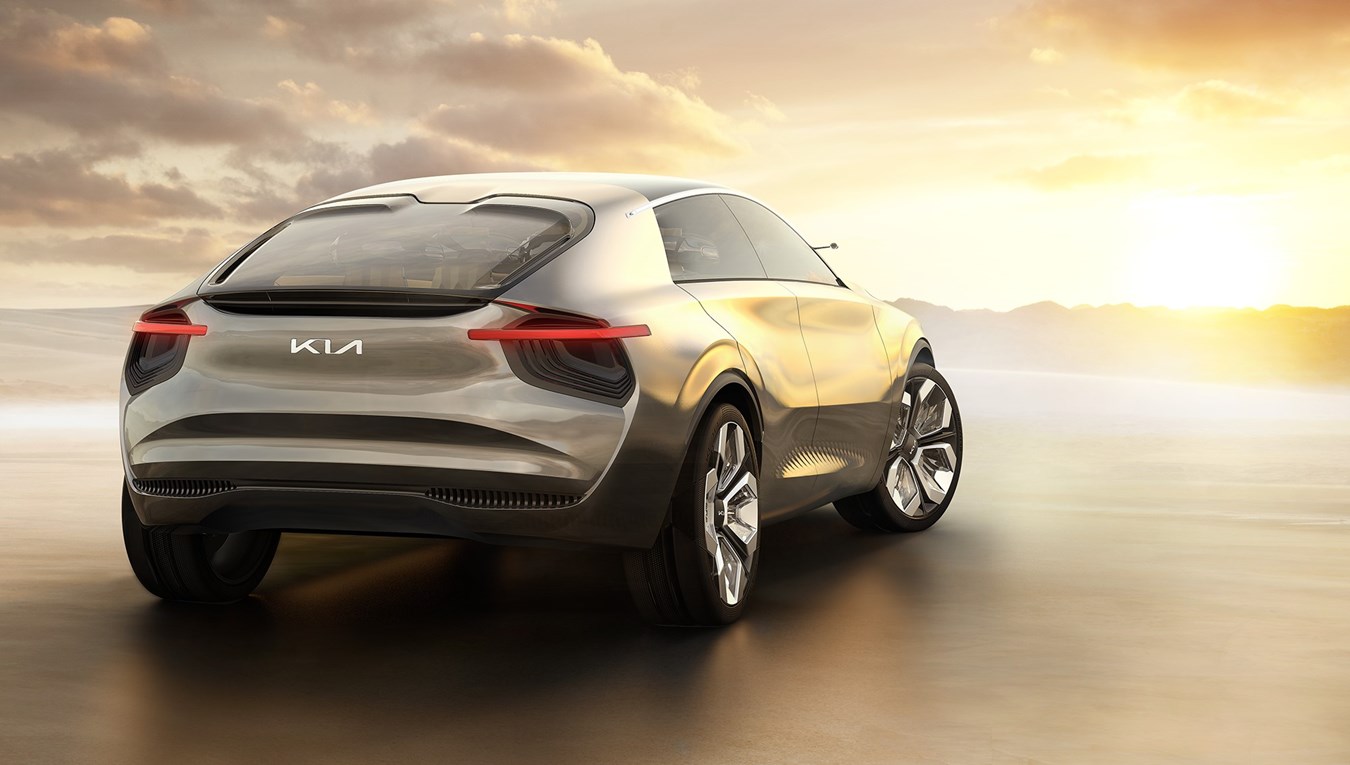 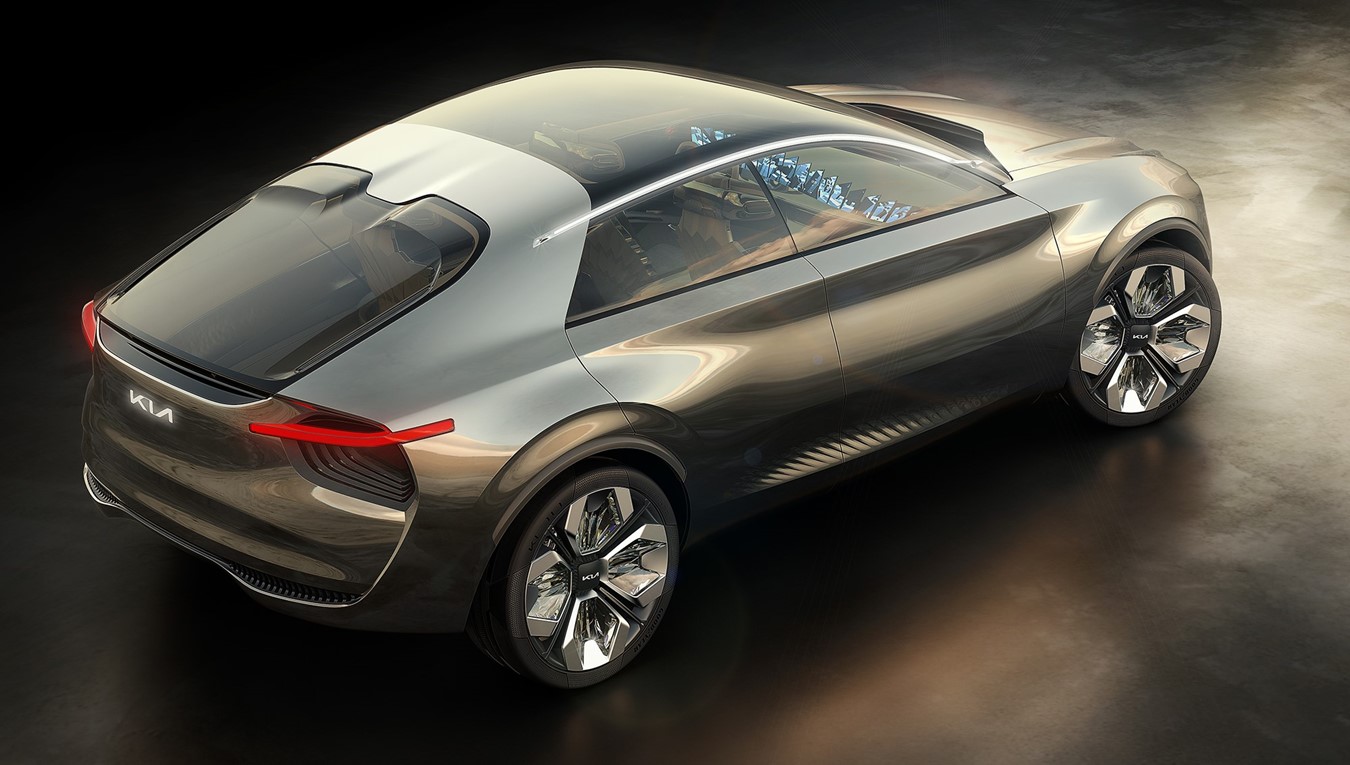 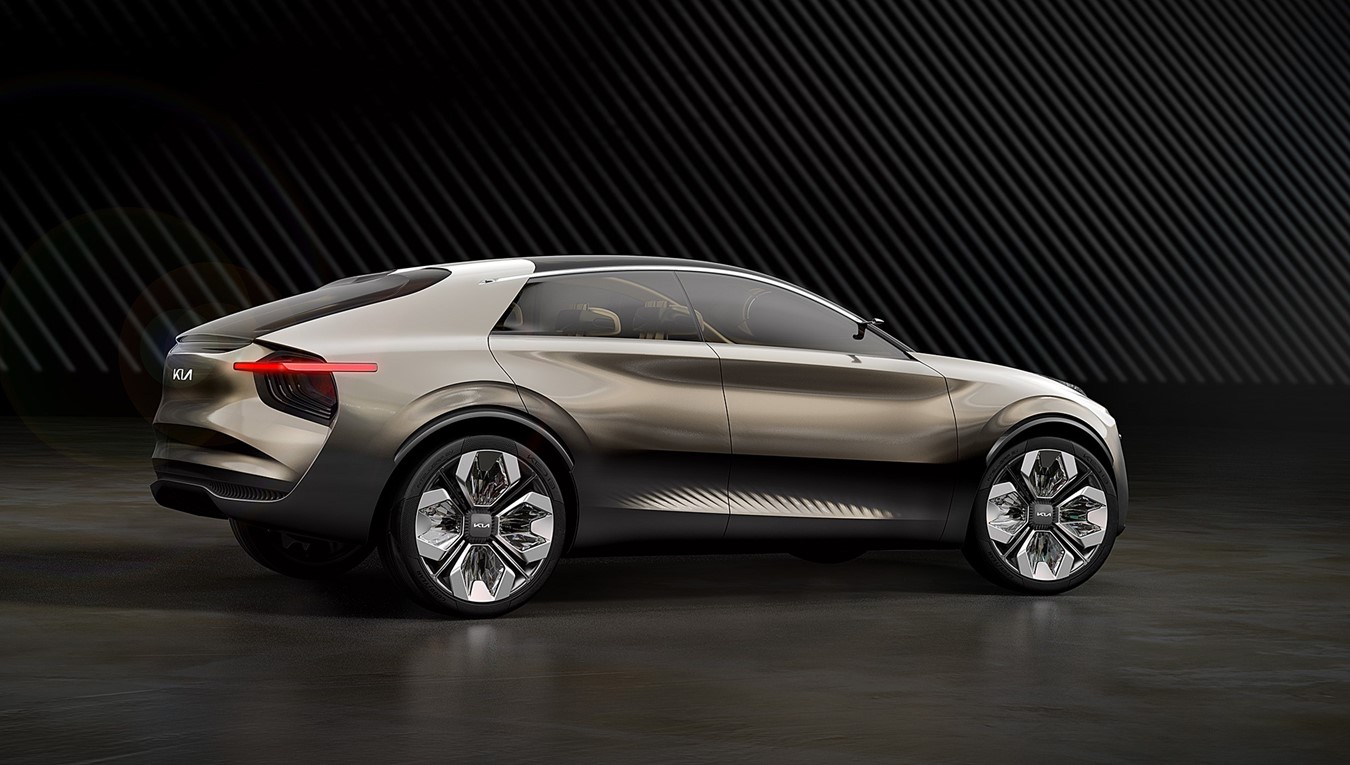