“The debut of the GT in 2011 heralded a new frontier for Kia, both from a design and a business perspective,” noted Peter Schreyer, Kia Motors Corporation president and global chief of design.  “It beautifully illustrated to the world that the brand was ready to explore the possibility of perhaps one day offering a full-size rear-drive luxury saloon.  The Cross GT, with its raised stance and large cargo area, allows us to envision the GT in the form of a full-size luxury crossover.”

While the GT’s lines were penned in Frankfurt, Germany, the Cross GT hails from Kia Design Center America (KDCA) in Irvine, Calif., the house that breathed life into the Track’ster, KV7 and Soul’ster concepts, and most recently the all-new production 2014 Forte sedan.  Based on the GT chassis, the Cross GT’s proportions are similar to its rear-drive stablemate with short overhangs, a long wheelbase and an aggressively wide posture.  But the Cross GT offers even greater visibility thanks to its taller stature and features all-wheel drive for improved performance and all-weather capability.

Drawing inspiration from nature, driven by technology and bathed in gorgeous Fusion Copper, the Cross GT is powered by an efficient hybrid powertrain that looks to reduce the vehicle’s carbon footprint while providing the uncompromising performance that’s expected of a large, luxury crossover.

Utilizing a state-of-the-art 3.8-liter V6 hybrid, 8-speed automatic and torque-vectoring all-wheel-drive, the Cross-GT’s powertrain matches the sophistication of the exterior and interior designs.  Backing the V6 is an evolution of Kia’s parallel hybrid system, a pancake-shaped electric motor sandwiched between the V6 and transmission.  The electric motor is neatly packaged under the rear floor.  Combined, the V6 and electric motor produce 500 lb.-ft. of torque and 400 horsepower, with an all-electric range of 20-miles - sufficient to enable exhilarating performance, while delivering superior fuel economy and fuel efficiency.

While strictly a concept powertrain, Kia’s proven hybrid technology, combined with all-wheel drive are thought-provoking ideas that may one day find their way into a production vehicle.

While clearly a member of the same bloodline as the award-winning Sorento, the Cross GT cuts an even more imposing figure.  At 122.0 inches, the Cross GT’s wheelbase is longer than Sorento’s by 15.7 inches, and its overall length of 192.8 inches is 8.4 inches greater than Sorento. The 79.1-inch width is 4.9 inches wider than Sorento, but the Cross GT’s overall height of 65.3 inches is actually 1.6 inches shorter, giving the concept a lower roofline than most large CUVs.  The Cross GT is designed to easily accommodate four passengers and their cargo in luxurious surroundings, but the large greenhouse, airy cabin and gently sloping hood give the Cross GT a nimble feel that’s at home in crowded urban environments.

The Cross GT’s sophisticated image is enhanced by the dual rear-hinged doors, more commonly referred to as “suicide” doors.  The unique configuration allows for easy access to the rear bucket seats and affords generous views of the Cross GT’s premium textures and materials.  The cargo compartment is accessed through a “clam shell” design that incorporates a traditional glass hatch and a tailgate.  Use of advanced LED technology creates a strong and unique lighting identity that dramatically highlights Kia’s signature grille.  Letting light into the cabin is a multi-paneled sky light with hexagonal glass inserts that enhance the Cross GT’s premium design aesthetic.

Inside, the Cross GT exemplifies modern luxury while remaining firmly grounded in nature. Anchored to the central tunnel, the four Almond-Terra-colored leather-covered bucket seats appear to float within the cabin, lending an open, modern feel.  Inspired by fine equestrian saddles, the seats feature contrasting stitching and are tanned with vegetable oil using natural dyes and no chemicals.  Use of re-harvested American Walnut across the sweeping instrument panel and 100 percent eco-friendly renewable wool felt throughout the vehicle also add to the Cross GT’s environmentally friendly appeal.  The Cross GT’s subsystems, including HVAC, telematics and entertainment, are accessed via an easy-to-use touch screen and central mouse control technology that keeps the driver’s hands on the wheel at all times.  The rear passengers have the ability to access the Internet and infotainment options through flat panel screens mounted to the headrests of the front seats.  A large storage compartment has been incorporated beneath the flat load floor in the cargo area behind the rear seats.

So just how much of the Cross GT is concept and how much is reality? “As witnessed by the introduction of the all-new Cadenza at the recent Detroit Auto Show, our customers are looking to the Kia brand to offer relevant vehicles in the premium segments that take value to new levels of sophistication,” said Michael Sprague, executive vice president of marketing and communications, KMA.  “The Cross GT is the next logical step in that evolution.  And while only a concept today, it signals one possible design direction we may explore for the future.”

Kia:  One of the World’s Fastest Moving Global Automotive Brands
Kia Motors America is one of only three auto brands to increase U.S. sales in each of the past four years, and in 2012 the company surpassed the 500,000 unit mark for the first time.  With a full line of fun-to-drive cars and CUVs, Kia is advancing value to new levels of sophistication by combining European-influenced styling – under the guidance of chief design officer Peter Schreyer – with cutting-edge technologies, premium amenities, affordable pricing and the lowest cost of ownership in the industry.  Kia recently joined the exclusive ranks of Interbrand’s “Top 100 Best Global Brands,” and is poised to continue its record-breaking momentum with seven all-new or significantly redesigned vehicles scheduled to arrive in showrooms in 2013.  Over the past decade Kia Motors has invested more than $1.4 billion in the U.S., including the company’s first U.S. assembly plant in West Point, Georgia – Kia Motors Manufacturing Georgia – which is responsible for the creation of more than 11,000 plant and supplier jobs.  The success of the U.S.-built* Optima and Sorento in two of the industry’s largest segments has fueled Kia’s growth and is complemented by Kia’s comprehensive lineup which includes the Sportage compact CUV, Soul urban passenger vehicle, Optima Hybrid, Forte compact sedan, 5-door compact hatchback and Forte Koup two-door coupe, Rio and Rio 5-door sub-compacts and Sedona minivan.

Press Release Information Accuracy Disclaimer
Information posted in press releases on the Kia Media website was accurate at the time of posting but may be superseded by subsequent releases or other information.
4 Photos 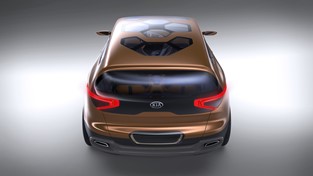 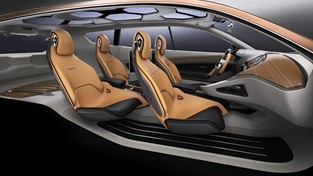 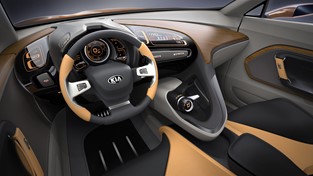 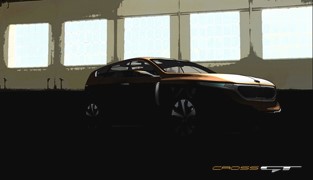 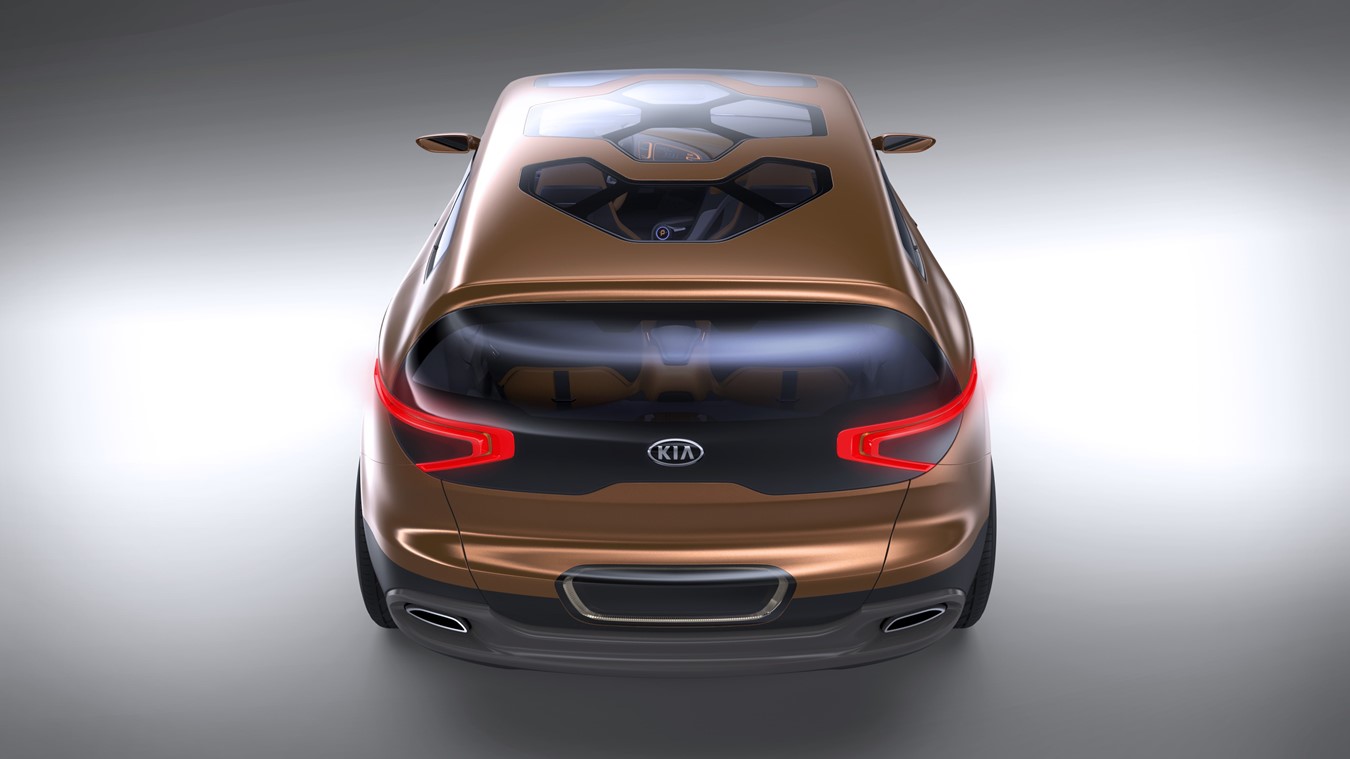 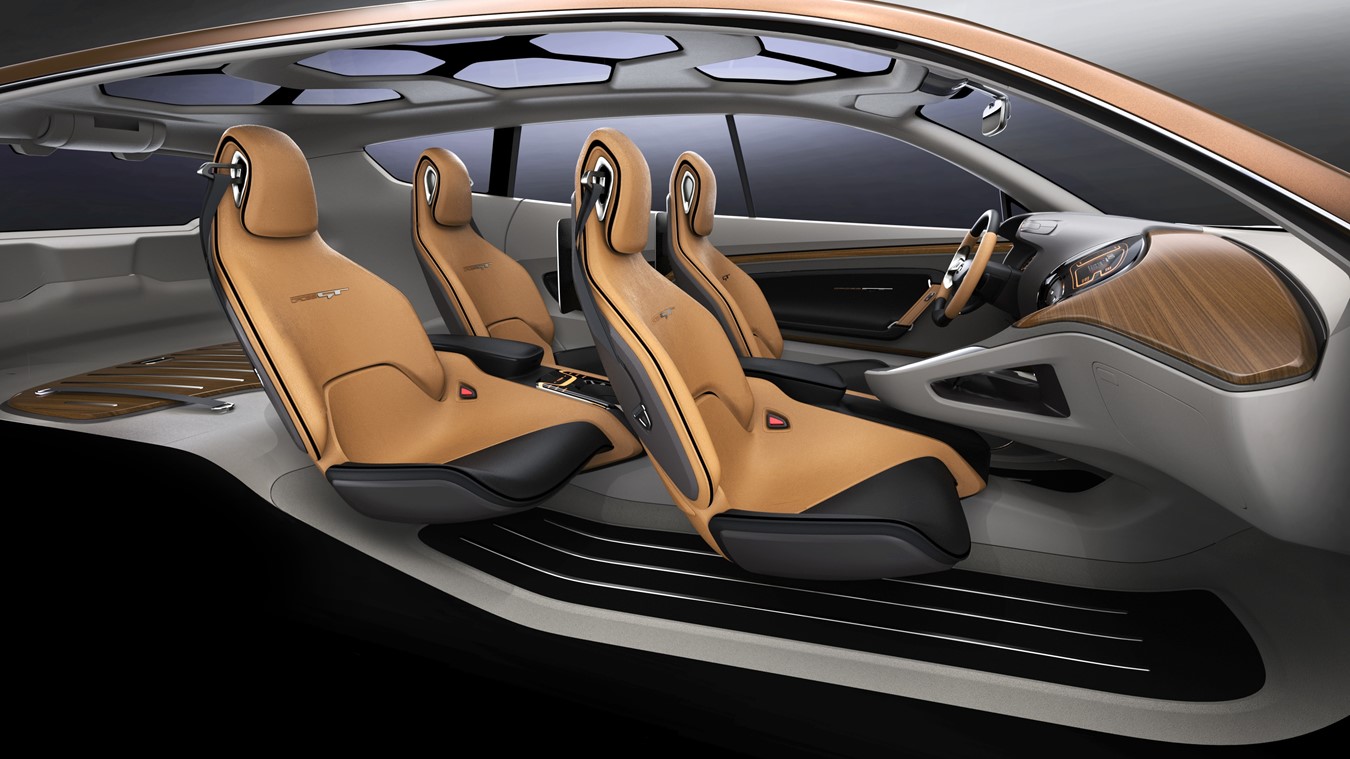 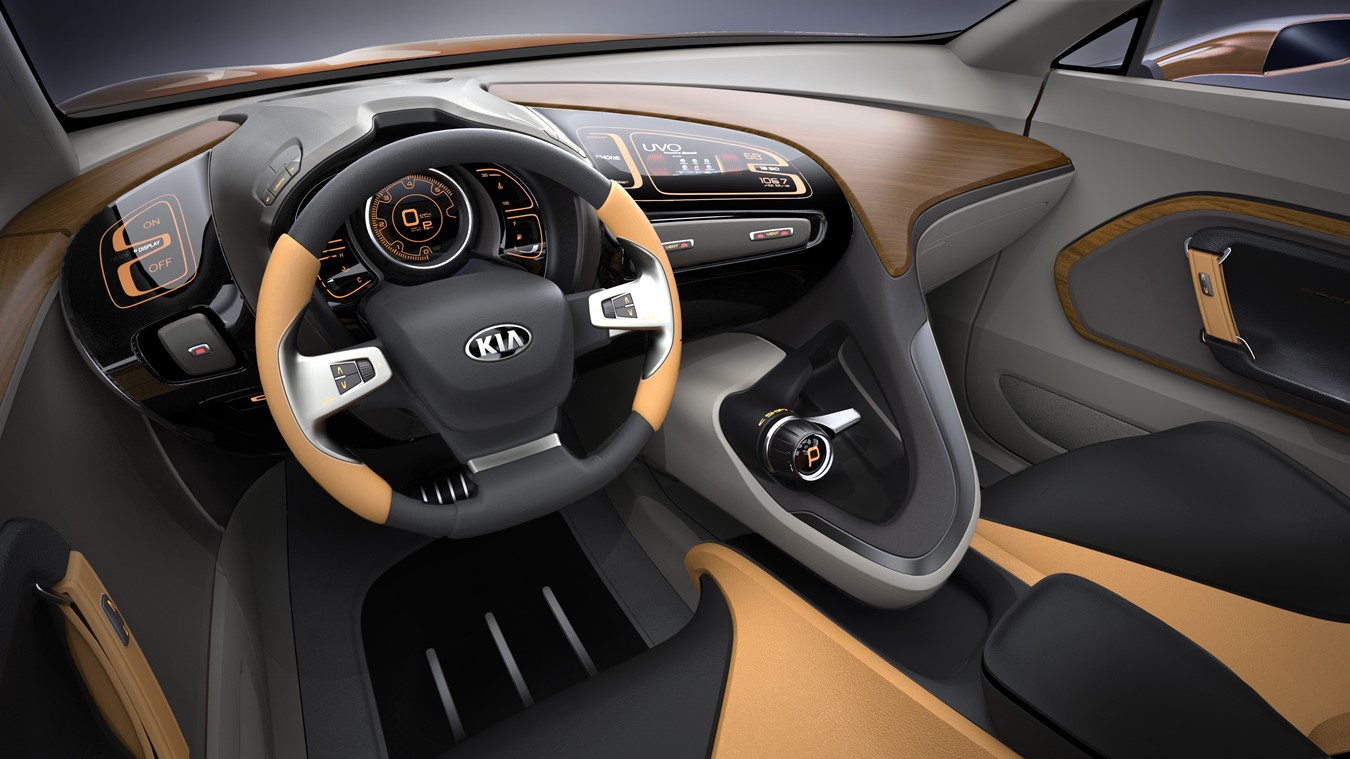 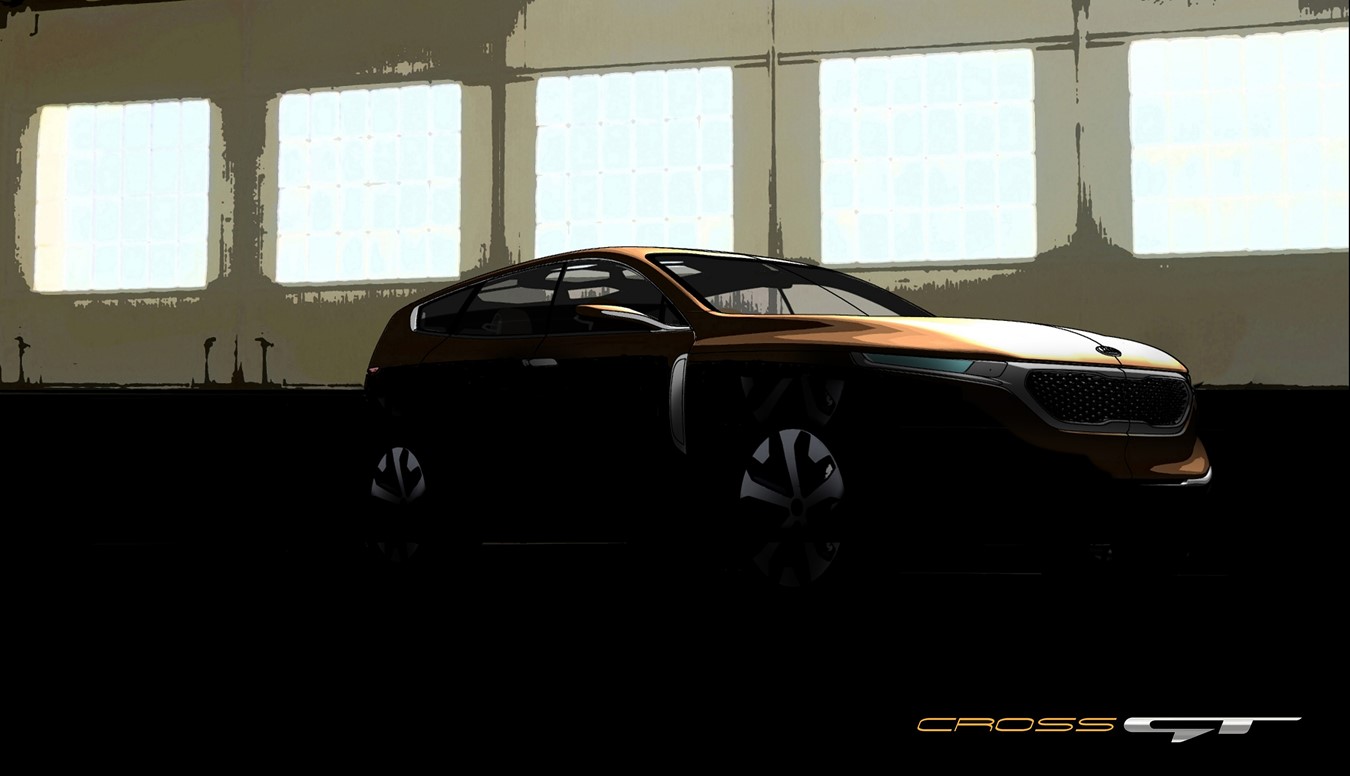