SEOUL, September 7, 2021 – Hyundai Motor Group (the Group) has set out its vision for hydrogen energy and a global hydrogen society.

At the Hydrogen Wave global online forum held today, the Group presented its plans to popularize hydrogen by 2040 through the introduction of new technologies and mobility solutions in transportation and other industrial sectors.

Further underscoring its pioneering commitment to clean sustainable energy for all types of mobility, the Group unveiled unprecedented plans that will see the electrification of all new commercial vehicle models – featuring fuel cell electric or battery electric powertrains, as well as the application of fuel cell systems – to all models by 2028. The daring strategy will put the Group at the vanguard of the commercial vehicle sector, in the process helping to reshape the industry and realize a sustainable clean future.

Representing the Group’s plans for a new ‘wave’ of hydrogen-based products and technologies that advances the journey toward a hydrogen society, the Hydrogen Wave activities kicked off today with an online presentation– led by Chairman of the Group, Euisun Chung, and other senior executives. The team outlined the Group’s future hydrogen strategy for fuel cell systems and fuel cell-based solutions for mobility and other areas.

The Group’s central target to fully apply its commercial vehicle lineup with fuel cells by 2028 will make it the first global automaker to realize such ambitions for commercial vehicle transportation and will further help facilitate the transition to true sustainable mobility.

“Hyundai Motor Group’s vision is to apply hydrogen energy in all areas of life and industry such as our homes, work-places and factories. The goal is to make hydrogen readily used for everyone, everything, and everywhere,” said Chairman Chung at the Hydrogen Wave online global forum. “We want to offer practical solutions for the sustainable development of humanity and with these breakthroughs, we aim to help foster a worldwide Hydrogen Society by 2040.”

The online global forum will be followed by a physical ‘HydroVILLE’ exhibition, at which the newly introduced applications and concepts will be presented. Inspired by the potential for clean hydrogen, the HydroVILLE exhibition features various fuel cell concepts for future mobility and power generation.

Since the development of its first FCEV in 1998, the Group has been preparing for the future of hydrogen. In 2013, the Tucson FCEV (ix35 Fuel Cell) was introduced, opening the door to the mass production of FCEVs. Then, in 2018, the company launched the next-generation fuel cell SUV, NEXO, and the world’s first heavy-duty fuel cell truck, XCIENT Fuel Cell, in 2020.

Now, the Group is backing hydrogen to play a significant role in building a sustainable future and reducing society’s dependence on fossil fuels. After two decades at the forefront of fuel cell technology development, the Group will expand its fuel cell technologies for wider applications of its vehicles, including additional mobility solutions and various energy utilization.

According to the Hydrogen Council, a global CEO-led initiative of leading energy, transport, industry and investment companies, hydrogen energy will account for 18 percent of global energy demand by 2050, with a market size of USD 2.5 trillion. The popularization of hydrogen energy will also help cut CO2 emissions by more than six billion tons a year, while creating over 30 million new jobs.

The vision for Hyundai Motor Group is that by 2040 hydrogen energy will be used not only for transportation but will also be applied to wider areas of industries and sectors. The Group aims to make hydrogen energy available to ‘Everyone, Everything and Everywhere’.

During Hydrogen Wave, the Group is sharing its plans to proactively respond to climate change through hydrogen solutions, starting with the commercial vehicle sector, which emits larger amounts of CO2 and requires longer drive ranges’ compared with the passenger vehicle sector. As a result of such findings, the Group will launch all-new commercial vehicles such as buses and heavy-duty trucks for the global market as fuel cell electric vehicles and battery electric vehicles. By 2028, the company expects to become the first global automaker to apply its fuel cell system to all commercial vehicle models.

The Group has already started mass-producing a greatly improved version of the current XCIENT Fuel Cell, the world’s first mass produced fuel cell heavy-duty truck. It is also developing a tractor based on the XCIENT Fuel Cell that will be released in 2023. During Hydrogen Wave, the Group also unveiled the ‘Trailer Drone’ concept, a hydrogen-powered container transportation system capable of operating fully autonomously, with a double e-Bogie configuration.

Through the development of hydrogen commercial vehicles, the Group will promote the complete transition of Korea’s public transportation and logistics systems to hydrogen-based solutions – with a view to setting the benchmark for the world.

Fuel cell systems are not only being used commercially for vehicles such as the NEXO SUV, Elec City Bus and XCIENT Fuel Cell truck, but also have the potential for deployment across diverse applications by 2040, including high-performance vehicles, urban air mobility, robots, aircrafts and large ships. As a result of such capabilities, the Group will expand the scope of fuel cell systems and technologies to all areas of the energy sector, including the provision of electricity and heating to buildings, urban energy sources and power plants.

To achieve this, the Group is planning to introduce a new generation fuel cell system in 2023 that realizes a reduced price and volume with significantly improved durability and output. Through ongoing R&D gains, engineering teams for the Group have been able to reduce fuel cell costs drastically over the last 20 years. By ensuring price competitiveness, the Group’s goal is to achieve a fuel cell vehicle price point comparable to a battery electric vehicle by 2030.

The Group will realize economies of scale of hydrogen production by continuous technological innovation of fuel cell systems as well as close collaboration with other organizations and governments across diverse business areas.

It’s been an ongoing process for many years for the Group to strive to reduce the cost of fuel cell systems for mass application. In this process of continuous improvement, the Group has made great leaps in R&D and is presenting the results for the world to see.

During Hydrogen Wave, the Group presented a series of new fuel cell systems including a new prototype of its third-generation fuel cell stack – a higher-powered, efficiently packaged successor to the NEXO system – that is planned for market introduction in 2023.

Currently in development, the third-generation fuel cell stack will succeed NEXO’s current stack. At the event, the Group showcased two power versions of the third-generation fuel cell stack: 100kW and 200kW. The 100kW stack has reduced in size by an astounding 30 percent, making it 70 percent in size from the current generation stack to make it easier to apply to different vehicle types and applications. The 200kW version has been designed for commercial vehicle applications and is similar in size to the current NEXO system, but the power output has doubled.

With flexibility and modularity at its core, the third-generation system can also be applied in various application forms. A new ‘Power Unit Module’ can offer a range of outputs from 500kW to 1MW by stacking 100kW modular units, ideal for use as an emergency power system for large ships or IT companies.

Also revealed at the event is an innovative fuel cell ‘Full-Flat System’ that lowers stack height to 25cm, allowing it to be used for various applications such as PBVs, MPVs, buses and trams by mounting the system to either the upper or lower body of the vehicle.

The future for hydrogen mobility

At Hydrogen Wave the Group presented its vision for future hydrogen mobility across several vehicle applications, from emergency relief and rescue, through to autonomous container transportation and high-performance sports cars.

Production, storage and transportation convenience will be important factors for the widespread application and the use of fuel cell technology. Under the Group’s dedicated HWTO brand for fuel cells, the Group is also unveiling new innovative concepts for portable, hydrogen refueling facilities.

The Trailer Drone concept is a hydrogen-powered container transportation system capable of operating fully autonomously. With the number of intelligently packaged hydrogen tanks tailored to the journey profile, the flexible and efficient Trailer Drone ensures more than 1,000km of sufficient range from a single charge, comparable to existing container transportation systems.

The autonomous capabilities of the Trailer Drone were not achieved by simply repurposing technology developed for passenger car applications. The unique requirements of container transport applications and the way container terminals operate meant that engineering teams from the Group needed to completely redefine how a container maneuvers. As a result, the engineering team developed the ‘Fuel Cell e-Bogie’.

The term ‘bogie’ originates from the rail industry. Rail bogies are wheel subframes that sit under every train car. The Fuel Cell e-Bogie sits under the container just like a rail bogie and is a fully enclosed system with fuel cell propulsion and fully independent four-wheel steering. The Trailer Drone concept requires two fuel cell e-Bogies, allowing for unprecedented maneuverability through sideways movement. The Trailer Drone can move autonomously through portside operations and tight urban environments. Efficiency is further boosted by the ‘Cluster Mode’ which enables multiple Trailer Drones to travel together in an almost train-like configuration.

The Fuel Cell e-Bogie is not exclusive to the Trailer Drone and caters to a wide value chain such as ground logistics, construction, firefighting and disaster relief missions. It offers a multi-purpose platform, capable of a variety of objectives – all in zero-emission and autonomous operation.

Fuel cell technology is equally applicable to high-performance vehicle applications. In this respect, the Group has showcased a concept hydrogen-powered hybrid sports car, named the Vision FK. With a maximum output of over 500kW, the Vision FK concept can accelerate from 0-100km/h in less than four seconds. Combining a fuel cell energy converter with a high-power, RWD, plug-in powertrain, the Vision FK aims to achieve over 600km in range.

The Rescue Drone is a new concept mobility solution that combines with a Fuel Cell e-Bogie to create a flying drone that can be operated remotely and autonomously for critical operations such as fire-fighting and life-saving. The Rescue Drone features an independent steering system for in-place turning maneuvers and ‘crab-walk’ driving. It can also carry out missions via images transmitted from drones mounted on the vehicle exterior and achieves a 450 to 500km driving range from a single charge.

Hydrogen Future: a new energy for a new society

As a responsible member of the global community, Hyundai Motor Group will continue to develop hydrogen mobility, expand the production system of fuel cells and establish infrastructures for a global hydrogen society.

“The degree and frequency of environmental disasters is rising fast and we now face a code red warning for humanity,” added Chairman Chung during the global online forum. “The Group seeks to offer powerful and pragmatic solutions for combatting climate change via the tremendous potential of hydrogen energy.”

Following today’s Hydrogen Wave online global forum, the Group will be presenting its plans for hydrogen energy and a global hydrogen society at its ‘Hydrogen Village’ (HydroVILLE) exhibition in Goyang, Korea, from September 8-11, 2021.

Hyundai Motor Group is a global enterprise that has created a value chain based on mobility, steel, and construction, as well as logistics, finance, IT, and service. With about 250,000 employees worldwide, the Group's mobility brands include Hyundai, Kia, and Genesis. Armed with creative thinking, cooperative communication and the will to take on any challenges, we strive to create a better future for all.

Press Release Information Accuracy Disclaimer
Information posted in press releases on the Kia Media website was accurate at the time of posting but may be superseded by subsequent releases or other information.
5 Photos & 3 Videos 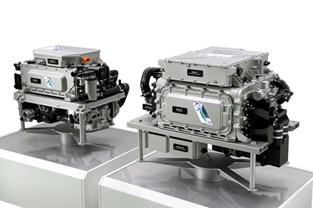 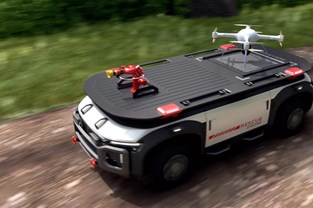 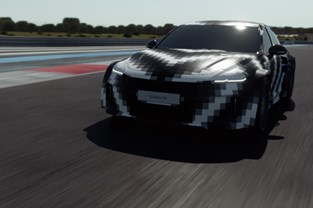 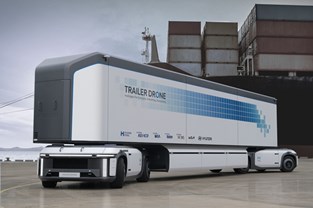 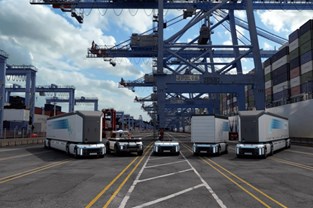 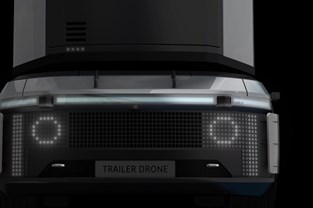 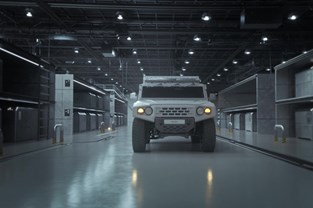 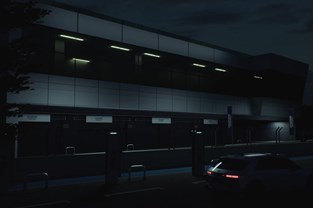 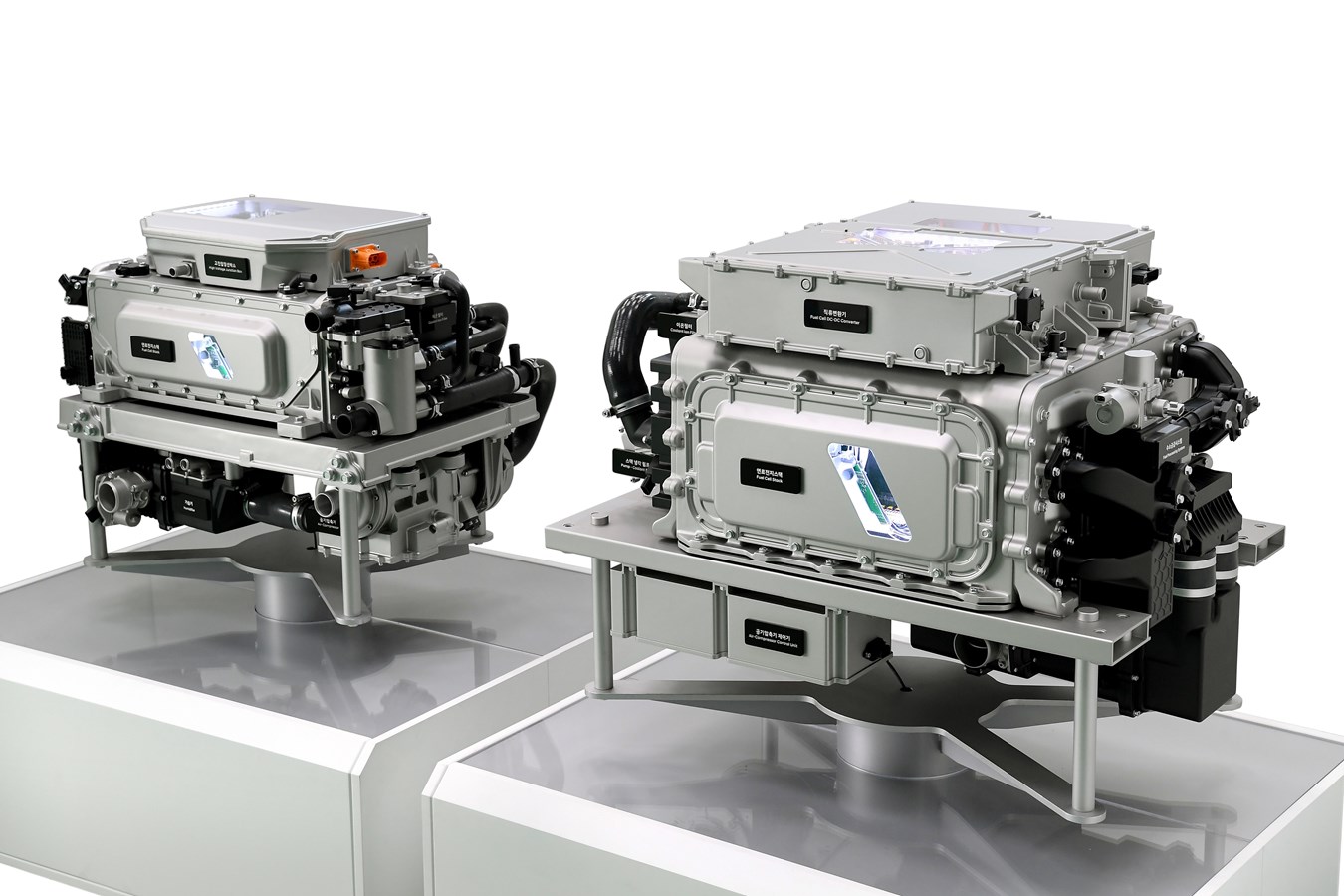 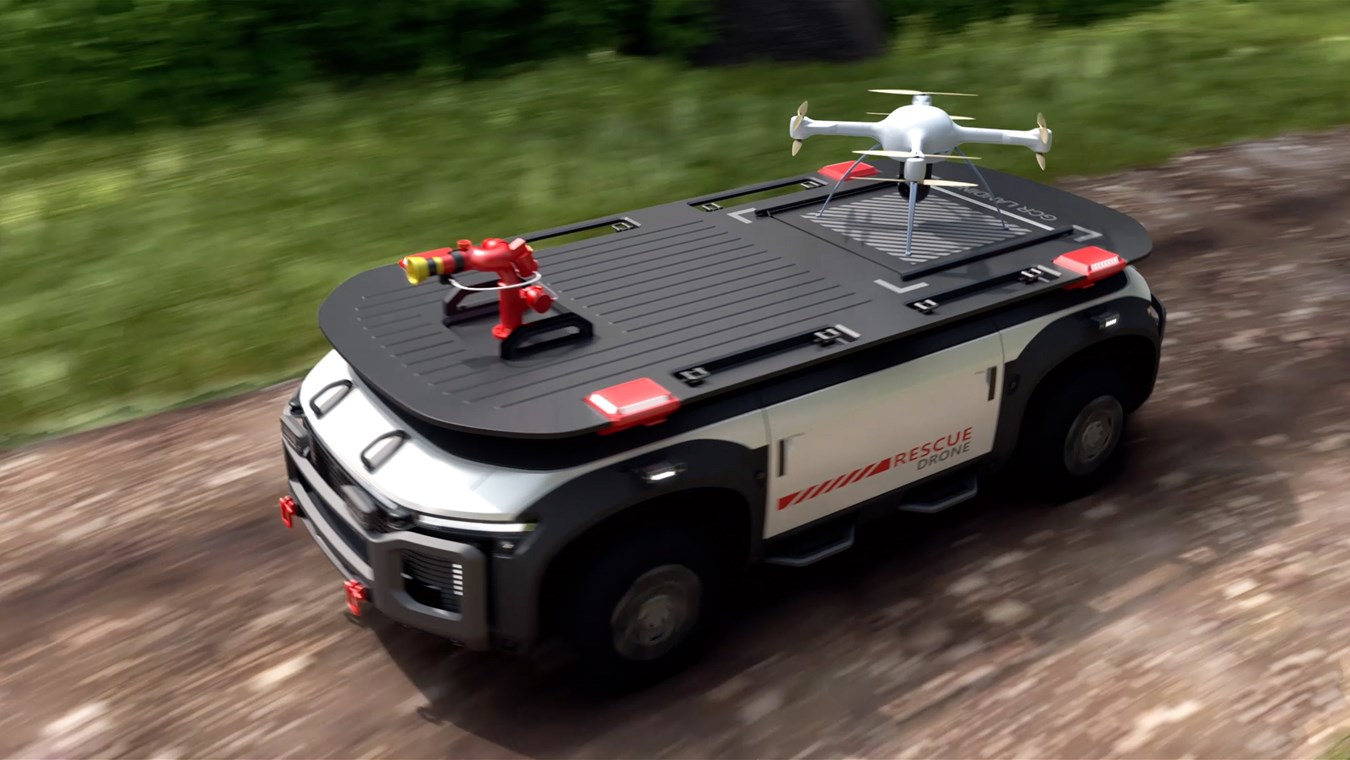 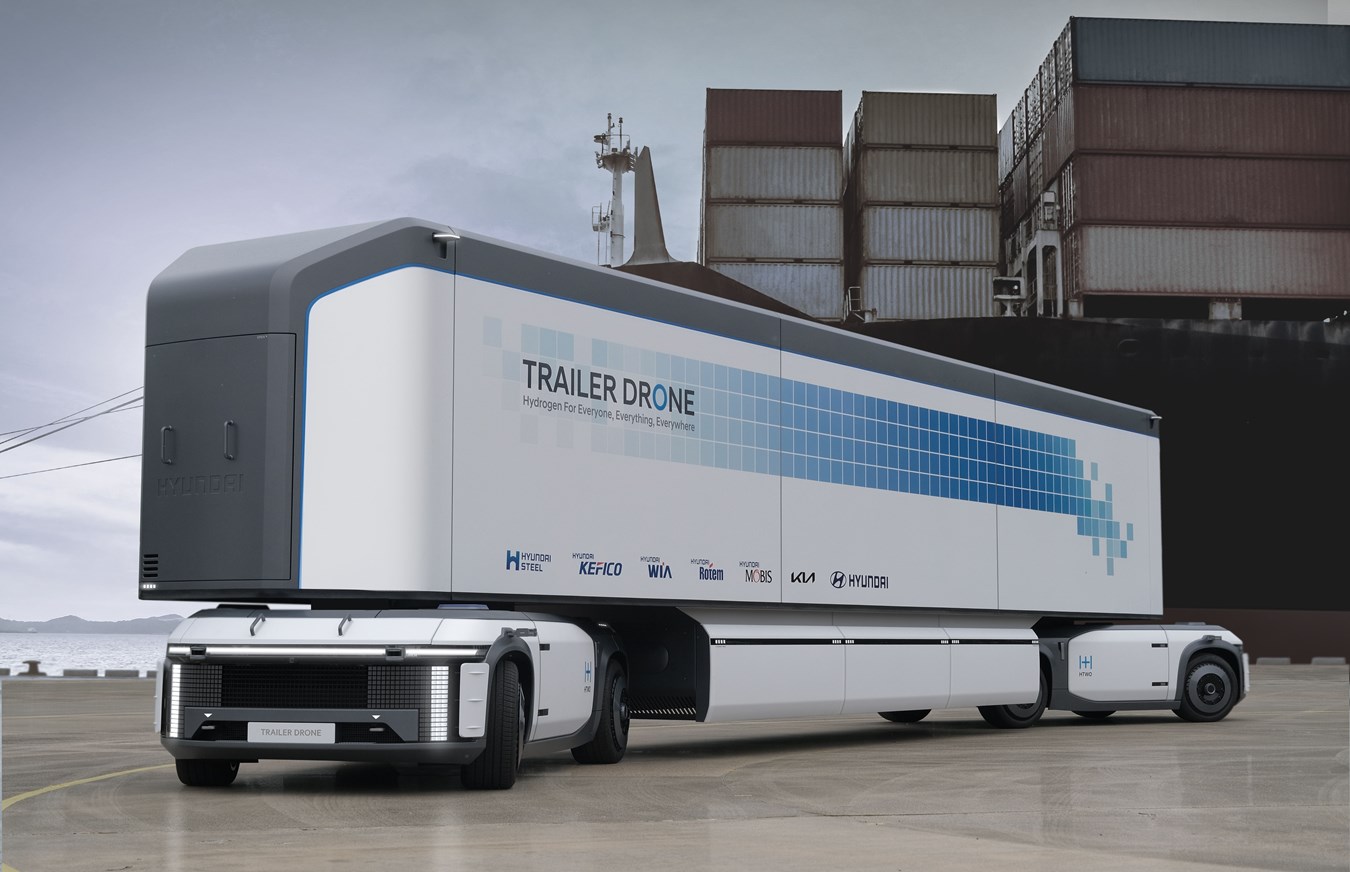 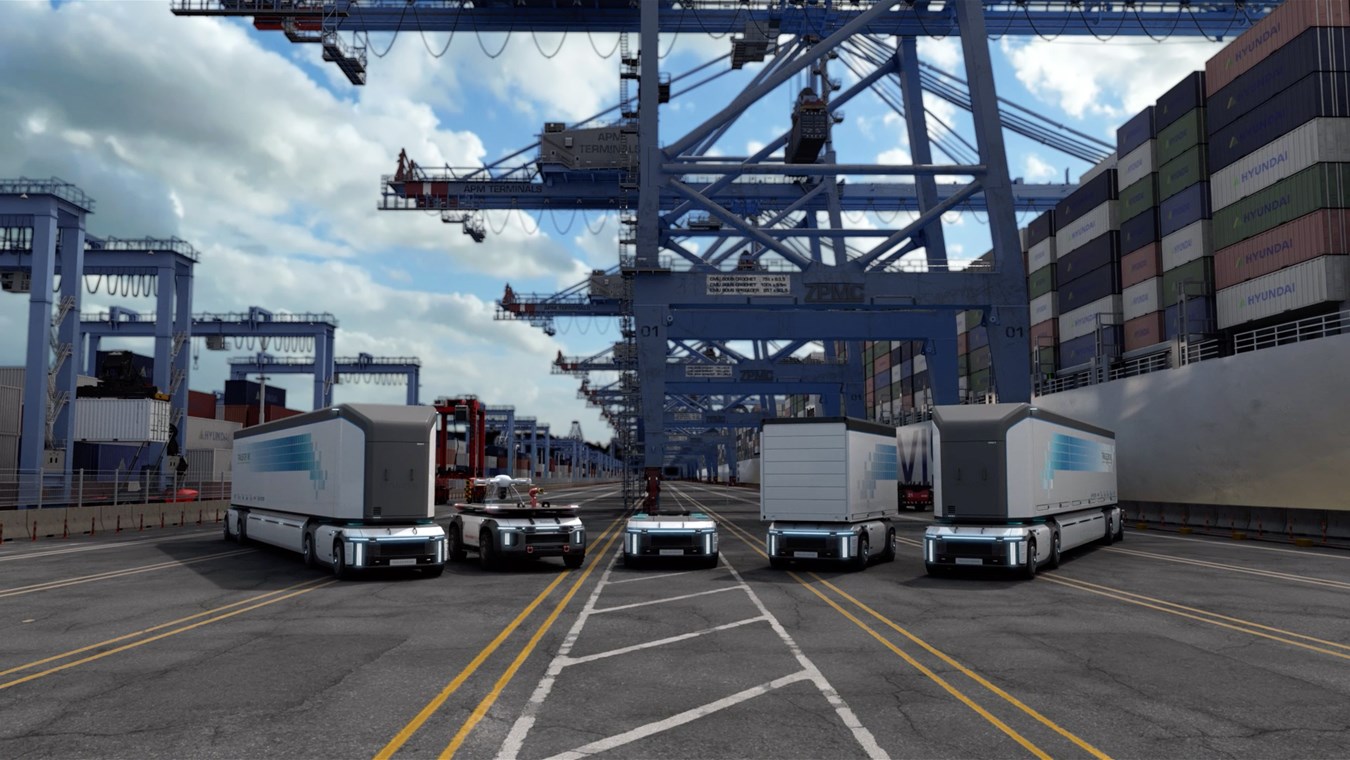 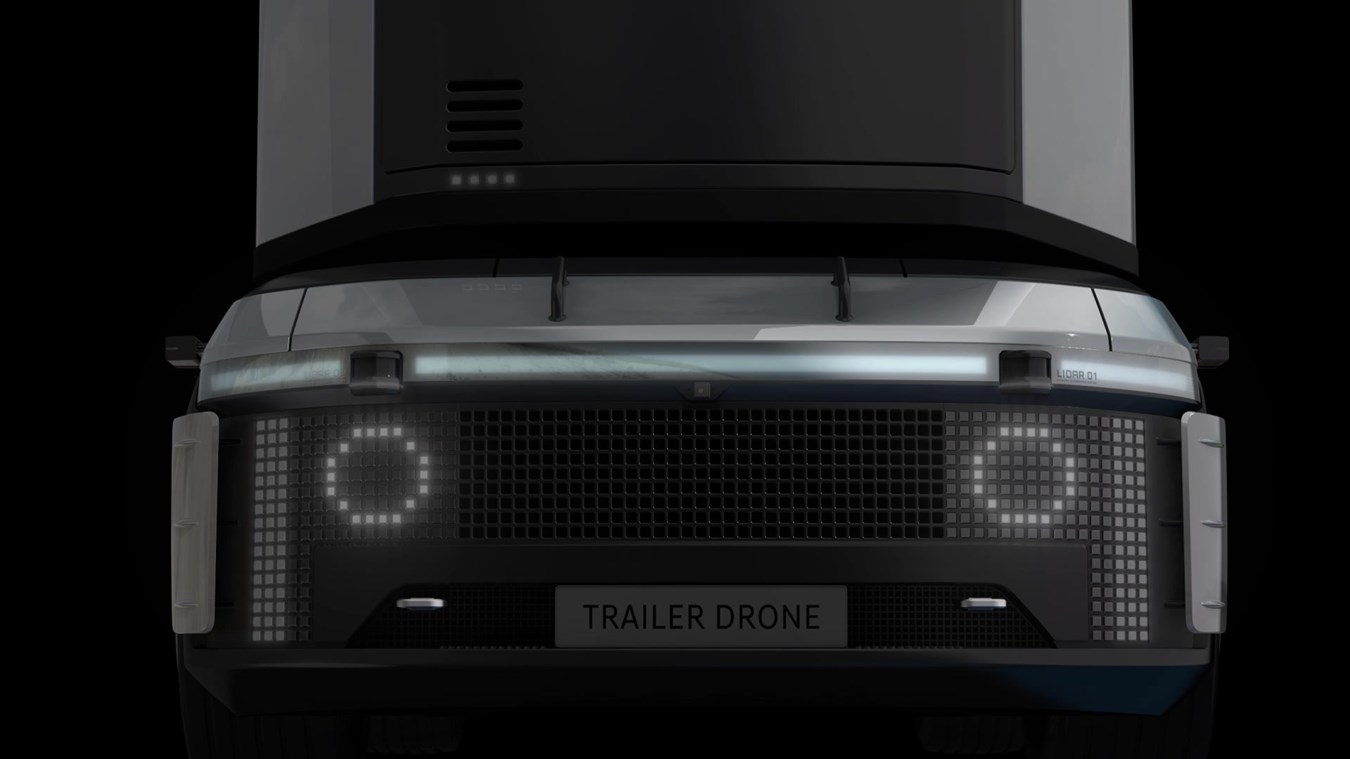 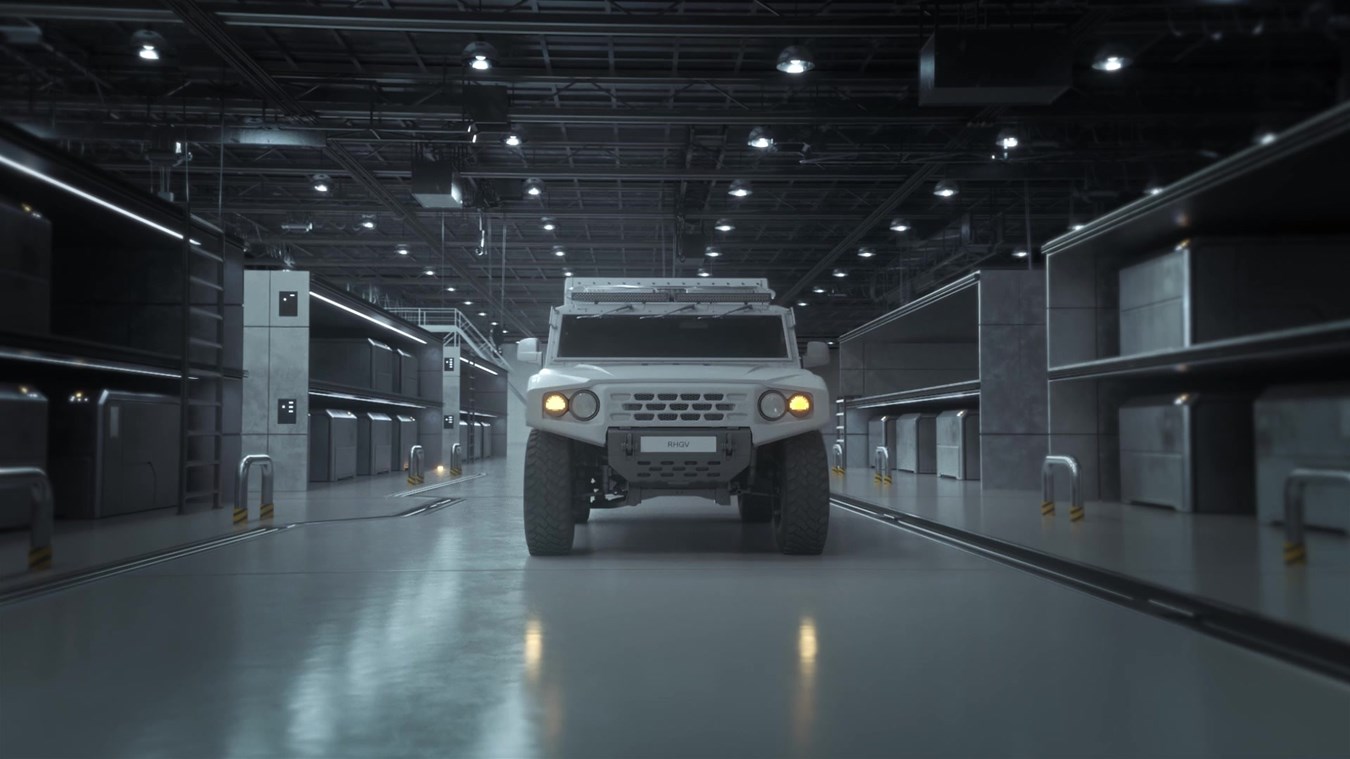 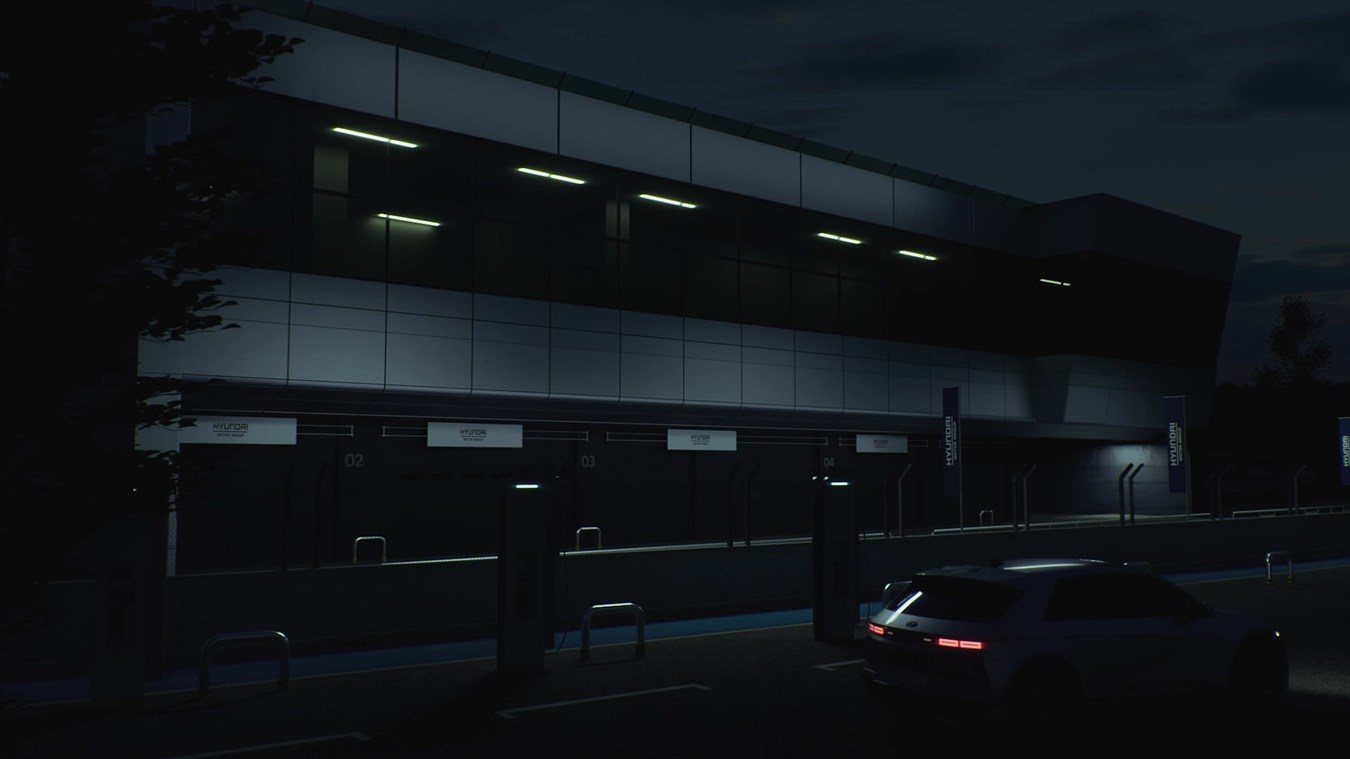