IRVINE, Calif., October 21, 2020 – Team Telluriders triumphantly crossed the finish line in the 2020 Telluride in the fifth annual Rebelle Rally, coming in overall second place in the X-Cross class. The powerhouse duo, made up of Alyssa Roenigk (driver) and Sabrina Howells (navigator), demonstrated their “Give it Everything” attitude, using their invaluable set of skills to make smart and calculated decisions tailored to the Telluride’s capability, ultimately allowing it to shine and finish the tough, off-road rally.

“This is a momentous achievement for Kia,” said Sean Yoon, president & CEO, Kia Motors North America & Kia Motors America. “Thanks to Alyssa and Sabrina’s grit in the arduous Rebelle Rally, they helped raise the Telluride’s credibility to new heights. Their huge accomplishment will go down in Kia history and we couldn’t be more proud of our team.”

From Lake Tahoe to the border of Mexico, Team Telluriders graciously handled whatever challenges the course threw at them. After facing tougher obstacles on rocky terrain at the start, Alyssa and Sabrina were keen on the Telluride’s strengths, using it to their advantage in the following days to result in several stage wins.

“Alyssa, Sabrina and the Telluride did such a great job in this year’s rally,” said Rebelle Rally founder, Emily Miller. We consider the vehicle as the third teammate, and all three handled the challenge with grace. They are an exceptional team.”

The team was able to clinch second place in the X-Cross class after excelling in the sand dunes, where the Telluride effortlessly floated over the sandy landscape to hit several checkpoints first before several competitors, taking the win for the most points scored on the final day of the competition.

“We are so proud of our overall performance and our comeback to take second in the X-Cross category at the 2020 Rebelle Rally,” said Alyssa and Sabrina. “On the final day, when we pulled up to  checkpoints deep in the Imperial Sand Dunes and saw the look on the faces of the 4x4 teams when we beat them there – that is a memory that will stick in our minds for a long time. The Telluride was an incredibly capable third teammate and we were grateful for the opportunity to take her on such an awesome adventure.”

Kia was a first-time competitor in the fifth annual Rebelle Rally, competing in the X-Cross Class with minimal modifications, including a skidplate to protect the fuel and oil pan area and all-terrain tires.

Sabrina Howells is a Los Angeles-based actress (Everybody Hates Chris, Kaleidoscope, Freddy's Nightmares) and musician (Henry Henrietta). She has competed in four consecutive Rallye Aïcha des Gazelles in Morocco, including the Expert Class in 2015. She competed in the Rebelle Rally in 2016, taking 1st place in the crossover class, and again in 2017, placing second.

Press Release Information Accuracy Disclaimer
Information posted in press releases on the Kia Media website was accurate at the time of posting but may be superseded by subsequent releases or other information.
4 Photos 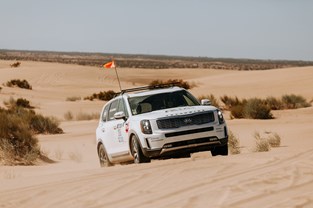 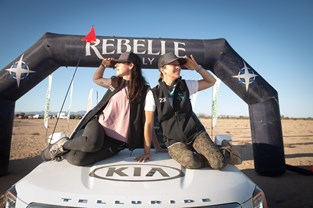 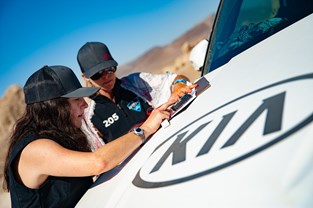 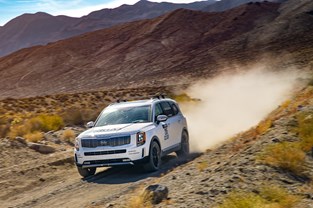 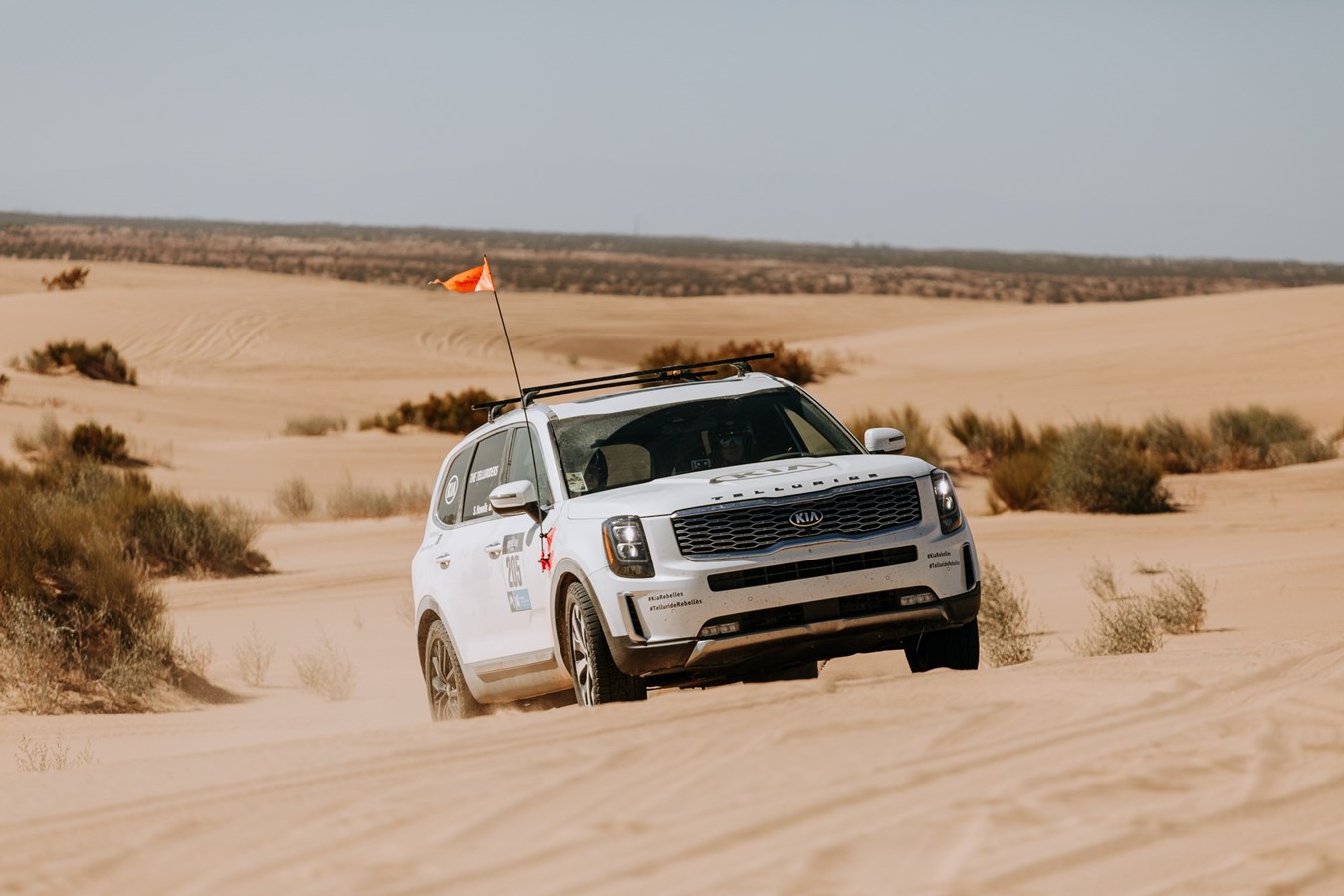 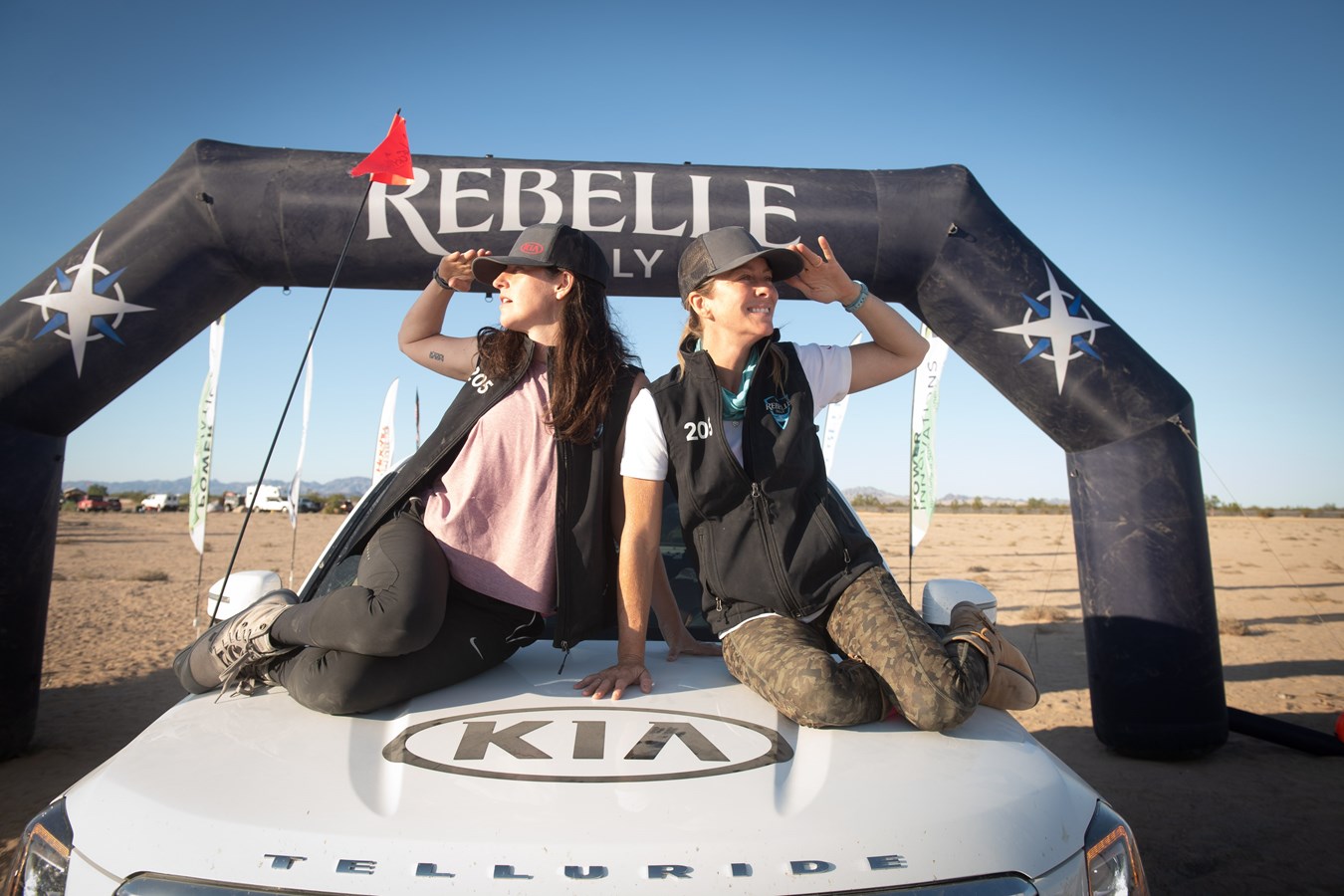 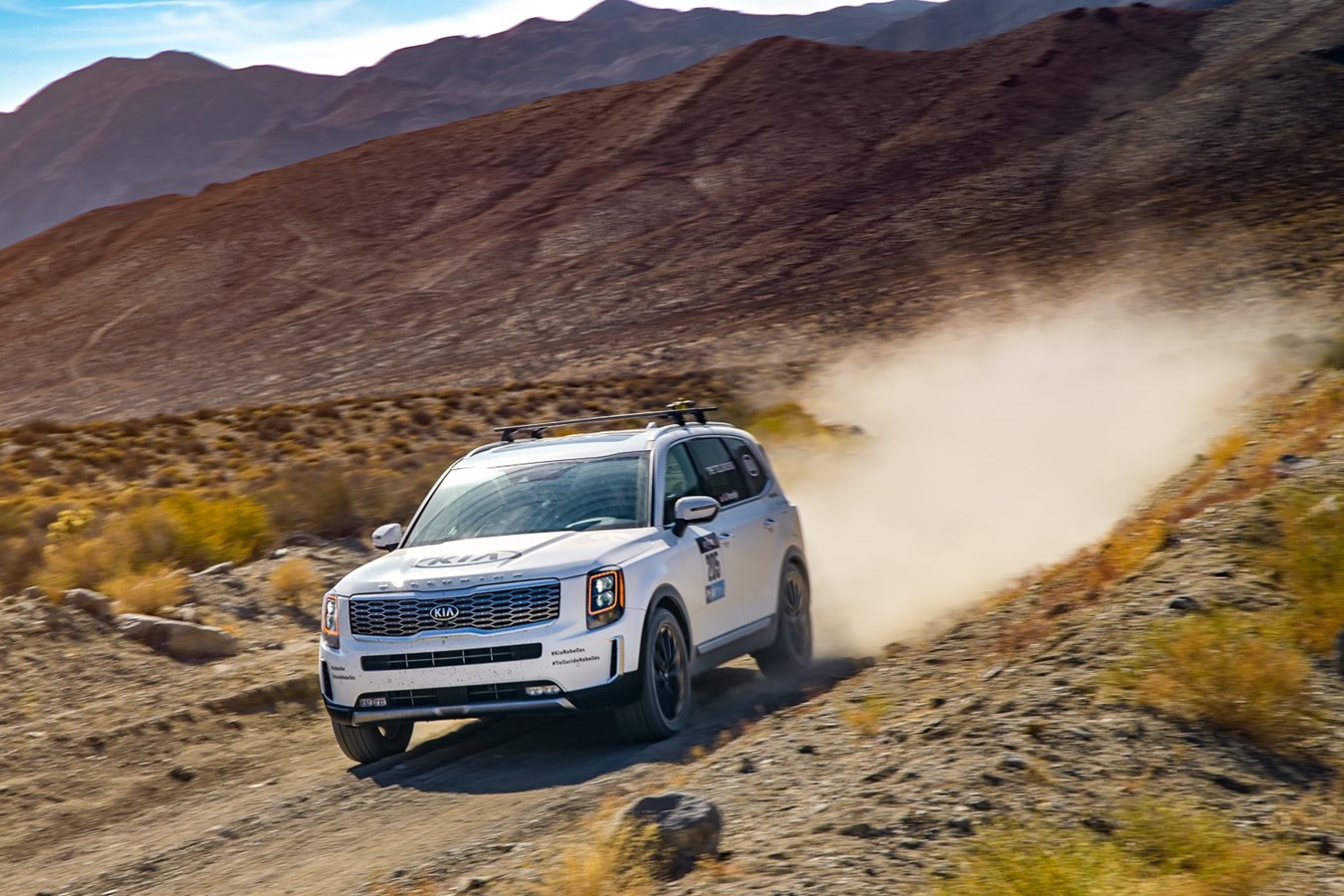