KIA MOTORS RELEASES THE BLOCKBUSTER MOVIE EVENT OF THE SUMMER

The Critics at Kia are calling “The Features Film” an “Adrenaline-Fueled Rollercoaster That’s Innovative, Imaginative and Thought-Provoking”

From the producers who introduced the world to dancing hamsters comes the first must-see cinematic experience of the Summer. This just released epic adventure, entitled The Features Film,  presents automotive content in a whole new genre and includes a virtual who’s-who of Kia’s A-list automotive talent sharing lead actor duties.

Inspired by noir thrillers from Hollywood’s golden age, The Features Film follows the story of a young man with a heart of gold who got mixed up with the wrong crowd, eventually becoming a getaway driver for the mob. Unfolding over the course of one night, our hero enlists eight A-List Kia models – Forte, Soul, Stinger, Niro EV, Niro HEV, Seltos, Sportage and Sorento – to help him break free from the seedy underworld and turn his life around.

“We’ll miss going to the movies this Summer and catching the latest Hollywood blockbusters, so Kia took this as an opportunity to provide a similar viewing experience, but with a plot twist you never saw coming,” said Russell Wager, director, marketing operations, Kia Motors America. “With many automakers offering the same or similar vehicle options, The Features Film is a unique, entertaining and fun way to differentiate ourselves and reach consumers directly with highly creative content.”

The Features Film from Kia radically shifts the paradigm of what car feature videos can be. Produced by Kia’s creative agency of record, David&Goliath, these videos elevate the expected demonstrations by placing vehicle features at the heart of a high-octane action film. By taking this unexpected approach, Kia made the feature-demo videos more engaging and highly watchable – yet still hard working enough to educate potential shoppers. The film is divided into a series of 13 individual :15-second pre-roll videos and is also available as a six-minute longform film that seamlessly takes the viewer on this cinematic journey. In addition, a :30 trailer and :60-second teaser are available. 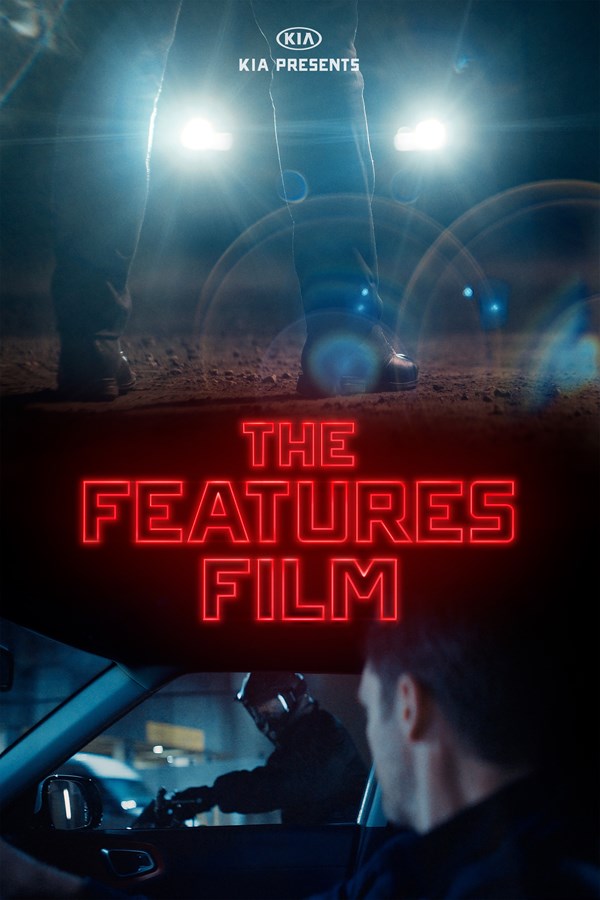