IRVINE, Calif., September 19, 2018 – Stung with styling cues from the award-winning Stinger, the all-new 2019 Kia Forte is now arriving in showrooms and Kia Motors America is pulling out all the stops to introduce the world to its most sophisticated compact car ever. Professional race car driver, Collete Davis, stars in a high-flying marketing campaign showing off the Forte’s sporty design, advanced technology1 and Stinger-inspired driving dynamics in a way the compact class has never seen before.

The campaign includes three, 30-second spots: “Forte vs. Forte”, “Chicken” and “Smoke Machine”. The first spot – “Forte vs. Forte” – features a Forte drift car alongside the production model Forte driven by Davis, one of the most promising and dynamic drivers on the racing circuit today. As Collete speeds down the track she calmly points out the standard 8-inch touchscreen2 as she takes the production model Forte airborne and sails high above and over the drift car Forte. The spot ends when Davis nails the landing as the announcer says matter-of-factly, “It Doesn’t Have to Make Sense.”

“Kia continues to shock the industry and break the rules and the all-new 2019 Forte is no exception,” said Saad Chehab, vice president of marketing communications, Kia Motors America. “This adrenaline-filled campaign featuring a baby Stinger in a Red Bull suit screams ‘look at me’ even though some may question the idea of a Forte in racing livery, we are delivering an entirely new take on what many people see as simply a daily commuter car. And then again, some are still surprised to learn that Kia has been J.D. Power’s highest ranked non-luxury brand in initial quality for the past four years3, but to us and our loyal consumers all of it makes complete sense.”

Kia and Red Bull collaborated on the Forte drift car and are developing a three-part YouTube series hosted by Davis and featuring the Red Bull Driftbrothers, Joe and Elias Hountondji. The series documents the vehicle build from start to finish, including on-track testing. “Kia is fueled by youth and working with Red Bull is a mirror reflection of our youthful attitude and together we are going to showcase the new Forte in never-before-seen ways that are sure to capture attention,” continued Chehab.

Featuring a more sophisticated design and desirable features the 2019 Forte has transformed from a basic commuter into one of Kia’s best-selling vehicles. Thanks to a number of improvements Forte now offers drivers a higher level of comfort and Kia Drive Wise4 technologies that are aimed at making the journey – whether a short commute or long haul – a more rewarding and decidedly upscale experience. Sporting an overall bolder appearance, the newly designed compact sedan also boasts improved EPA-estimated combined MPG ratings5.

There’s also a long-form video – which was shot in one take and captured by seven strategically placed cameras – chronicling Davis’ jump from both in- and outside the Forte.

“As a professional race car driver, I love to drive all types of models and this spot, with the juxtaposition between daily driving and performance was just too fun to pass up,” said Davis. “When you have a passion for driving, even the most mundane errands, the longest commutes or the biggest traffic jams become easier and the all-new 2019 Forte is the vehicle that makes all the difference in those situations.”

* The Sorento and Optima GDI (S, EX, SX and certain LX Trims only) are assembled in the United States from U.S. and globally sourced parts.

1 Distracted driving can result in a loss of vehicle control. When operating a vehicle, never use a vehicle system that takes your focus away from safe vehicle operation.

2 2019 Forte EX with optional features shown. Some features may vary. Professional driver on closed course. Do NOT attempt. Forte race car not available for purchase.

3 The Kia Brand received the lowest rate of reported problems among all non-luxury makes in the J.D. Power 2017-2018 U.S. Initial Quality Studies of new vehicle owners’ experience with their own vehicle after 90 days of ownership. Visit jdpower.com/awards.

4 Kia Drive Wise technologies are not substitutes for safe driving, and may not detect all objects around vehicle. Always drive safely and use caution. 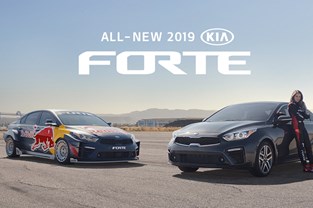 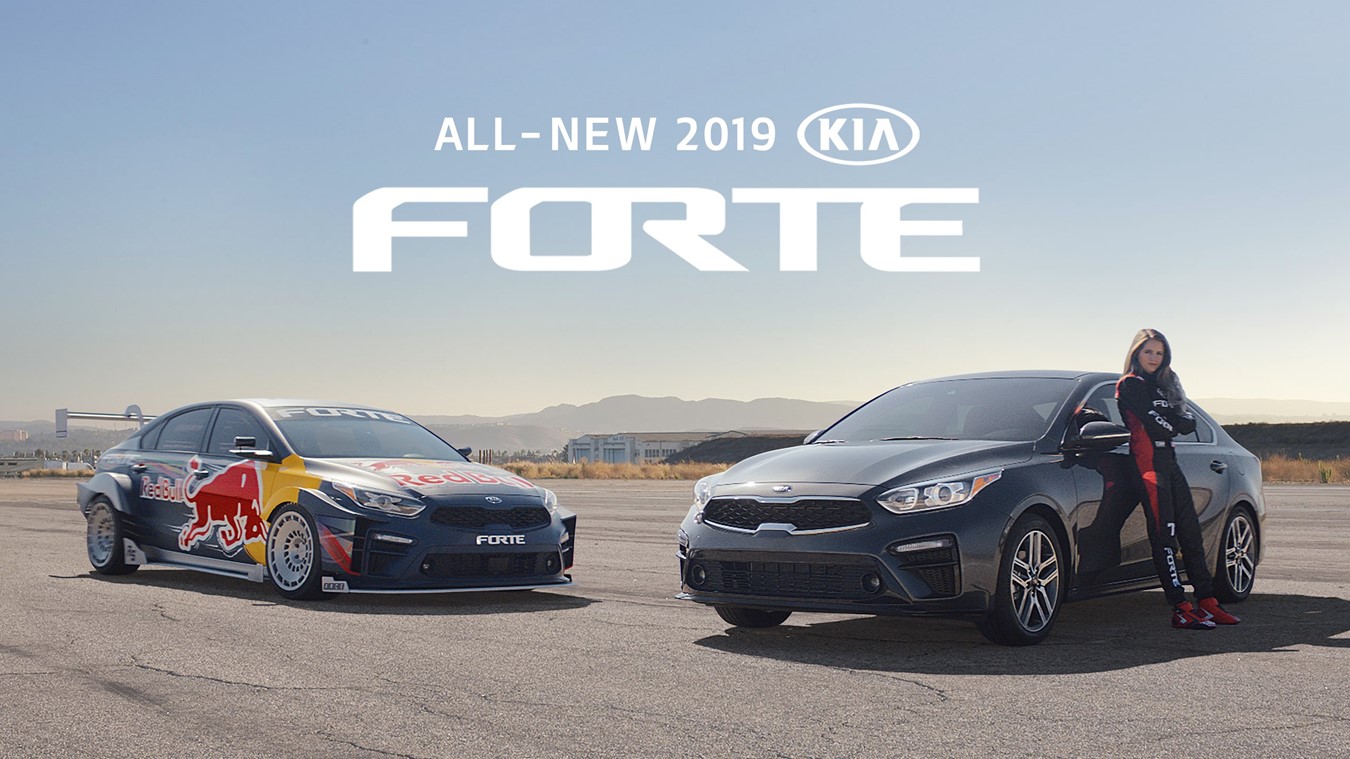